Sam Cooke Film is a Tour Through the Black Power Movement

It reveals that Cooke was much more than a “magic voice.” 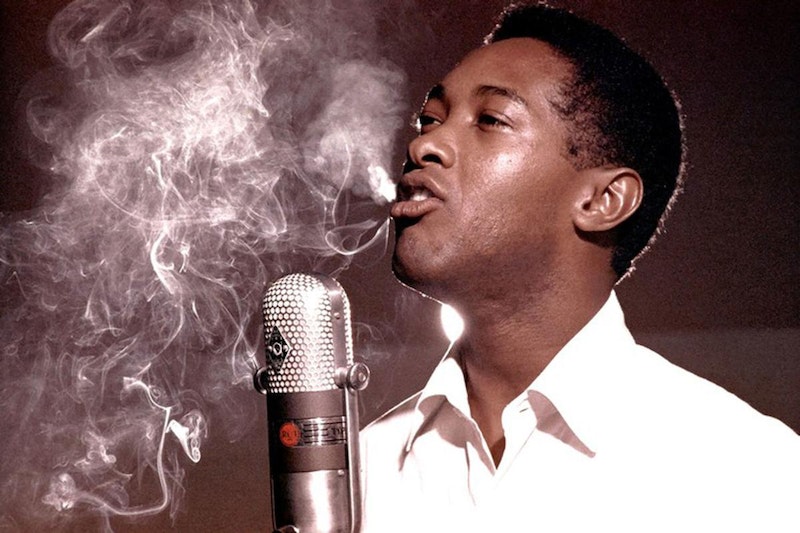 Netflix has just released the latest installment of its “Remastered” series, The Two Killings of Sam Cooke, filmed in the standard documentary format: a synthesis of interviews with people once close to the legendary singer, archival footage, and still photos. It traces Cooke’s career arc from when the singer was a member of a gospel choir group touring the Chitlin’ Circuit through to his chart-topping success as he morphed into the “father of soul music,” and finally to his untimely, unexpected death at the hands of a female night clerk at a Los Angeles fleabag motel office. Cooke was only 33.

The “two killings” from the film's title refer to the killing of the physical Sam Cooke in the early morning hours, and the killing of his legacy that a single bullet achieved. “Lady, you shot me” are said to be the music great's final spoken words.

Cooke, who wrote most of his songs, catapulted to fame while living in Chicago when the Civil Rights movement was picking up steam. But remnants of the Jim Crow era remained, as he discovered while touring the South. Viewers hear Cooke recall how he once missed a gig in Georgia because he wouldn't sit in a “Jim Crow bus,” no white cab drivers would take him from the airport to the city, and “negro” cab drivers weren't allowed to come to the airport. Quincy Jones tells a stunning anecdote about black musicians touring the South having to sleep in mortuaries, between the caskets, because no hotels or motels would have them.

This film provides a service by shedding light on Cooke's involvement in the inchoate Black Power movement of the 1960s. Disturbed by what he'd seen in the South, the singer began seeking out the company of  black activists like Muhammad Ali. Soon Malcolm X was quietly mentoring Cooke behind the scenes.

Another revelation in this documentary is the effort Cooke put into creating a record company featuring black artists such as Bobby Womack, who originally wrote and performed the Rolling Stones’ first hit, “It's All Over Now.” Cooke talks in the film about how he felt this was a moral obligation, given the predatory behavior by record labels towards black artists in the music industry. If he lost money, he felt it was worth it, and he was one of the first music artists exhibit real business acumen, black or white. Simultaneously, influenced by the socially conscious themes of Bob Dylan, he began to weave some new messages into his music, an effort that culminated with his most moving, and final recorded song, “A Change Is Gonna Come.”

The music industry became concerned about one of their cash cow's increasing politicization. One of the film's interviewees recalls how an entire verse concerning segregation was cut out of “A Change Is Gonna Come.” The FBI noticed Cooke's association with Ali and Malcolm X and began surveilling him. J. Edgar Hoover was concerned about Cooke's close ties with influential white people as well, as that made him more of a threat.

The music industry's most infamous villain, accountant and financial wizard Allen Klein, makes an appearance near the end of the film. He's right in character, portrayed as perpetrating a scam on Cooke by creating a record label that the musician was supposed to have controlled, but when he took a closer look at the documents he realized he was Klein's employee.

Cooke vowed to fix that, but never made it through the weekend. On December 11, 1964, the same year “A Change Is Gonna Come” was released, Cooke was drinking in a bar when he met a young woman who he eventually drove to a motel. When they got there, she said she thought he was going to rape her so she fled, carrying his pants and a wallet that was stuffed with cash. It came out later that she was a hooker, so the rape claim was dubious. Looking for the girl and his pants, Cooke allegedly forced his way into the motel office and assaulted the clerk. She grabbed a gun and shot him.

The film casts doubt on the circumstances of Cooke's death. The mob wasn't happy with him; the FBI had him watched; the music industry thought he was getting too powerful. Elvis Presley and Muhammad Ali expressed doubt about what had actually occurred in that motel. Various conspiracy theories are discussed, but director Kelly Duane doesn't produce anything solid. It was a strange death, and Cooke had no history of roughing up women, but it's hard to imagine that, if a hit had been put out, a female motel clerk would get the job.

All the promise of what was to come is contained in “A Change is Gonna Come.” Cooke was cut down just as he was entering his next creative phase, which was sure to be his most important. “A Change Is Gonna Come” (released posthumously) became an anthem of the Civil Rights Movement. It's not like anything he’d ever recorded. The song, sung in a more mature pop style that drew upon his gospel influences, was inspired by an incident when the singer and his entourage were turned away at a Louisiana motel. Over 200,0000 showed up for Sam Cooke's funeral in Chicago in 1964.