What No One Wants

Twilight Zone premise plus the gender roles of different generations in What Women Want (2000) and What Men Want (2019). 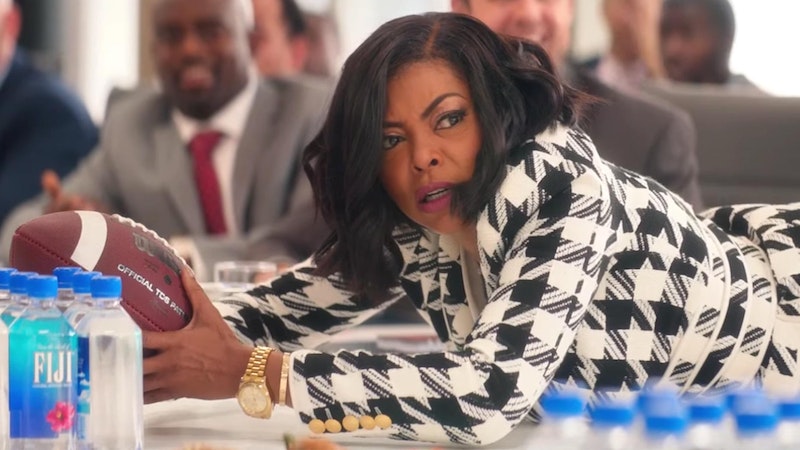 What Women Want—the 2000 romantic comedy starring Mel Gibson and Helen Hunt—is among the last movies one would expect Hollywood to revisit. Like Shallow Hal, American Pie, and Pumpkin, its sexual politics are dated and unfamiliar, a broadcast from a dead star full of horny 20-year-old virgins. My brother got me the DVD as a joke more than a year ago, and before last weekend, I hadn’t watched it. And I didn’t do it for my health: Nancy Meyer’s film has been remade by Adam Shankman as What Men Want, a much funnier movie that doesn’t feel restricted by its era or as stodgy as its predecessor.

But first, What Women Want: apparently not much when it comes to Gibson’s sub-Don Draper character, a chain-smoking chauvinistic advertising executive in Chicago. He slaps his secretaries’ asses and tells mail girls to “lay off the Danishes.” They all despise him but are completely powerless: a visit to H.R. would only lead to a pink slip. Then Helen Hunt shows up, hired as Gibson’s superior, and his manhood is challenged. You can see the rest coming a mile away obviously: he wins her over, and the movie ends suddenly with them kissing. This is after Gibson has gained and lost a supernatural ability to hear women’s thoughts via a head injury.

A great device, and there are a handful of genuinely funny moments early on right after he gets concussed and powered up, like when a young Sarah Paulson smiles politely at Gibson as he hears her inner screed: “Do you realize that I have an Ivy League education and that running your stupid errands has put me into therapy? Why don’t you take me seriously and give me real work to do? Oh yeah, I remember why—BECAUSE I HAVE A VAGINA!” The editing in this scene is great, and it's the best moment in the movie.

What Women Want is filled with late-1990s sexism and gay panic, but one scene sticks out as truly bizarre and inexplicable even for a movie made nearly 20 years ago. Marisa Tomei plays a barista that Gibson sees every day and treats like shit—once he can hear her thoughts, he asks her out, and they have incredible, gymnastic sex. But once he’s hooked on Hunt, he doesn’t call Tomei back. She comes to his apartment building late one rainy night sobbing, begging for an explanation. “Please tell me you’re gay or something!” Flummoxed, Gibson says that, yes, I am gay, and that is why the sex was so good and why I haven’t called you (?). One can only imagine how difficult it was for Gibson to say those words, but Tomei is completely satisfied with this explanation, and her character is never seen again.

I only watched What Women Want because I saw the remake starring Taraji P. Henson the same day. She carries the movie, any criticism of her is insane, I don’t understand it—“too loud”? She’s a riot. Compare this to Second Act or I Feel Pretty (more or less a remake of Shallow Hal without any credit): all three follow female professionals in their 30s struggling to succeed in the workplace because of structural sexism and their own romantic vicissitudes. Jennifer Lopez and Amy Schumer can’t keep it going for two hours, the former as unreal and unfeeling as CGI, and the latter tiresome (and I’m a Schumer apologist—unfortunately, I feel, as time goes on). Henson is hilarious and the movie moves at a quick clip, earning its 117 minutes without any dead air spent bullshitting bad improv like everything Judd Apatow has touched.

Henson’s character is a “girlboss” who is continually passed over for promotions at work because she “intimidates” her coworkers. There’s no harassment from the men now, though who knows where the line between teasing and a prompt dismissal lands today. Even when Henson is concussed and cursed to hear every man’s thoughts, they’re what you’d expect but fairly mild: “Whoa, she is SO hot,” “I have to stop day drinking and doing cocaine at work,” “Who the fuck invited her?” To hear the thoughts of every member of the opposite sex is a hell, and a psychologically honest movie would be too banal and too vile to put into multiplexes. I don’t trust Black Mirror to tackle this because all they’re interested in is traumatizing their audience.

The sexual politics of What Men Want feels of the moment and PC without being cloying or ostentatious. But it’s bound to be outdated or even offensive in a couple of decades. Maybe in 2038 there’ll be another sequel, What They Want, a gender non-binary version. One can only hope it’ll be an avant grade film essay dismantling gender roles and offering proclamations in the austere style of Godard’s Le Gai Savoir. Maybe I’m dreaming, or maybe I just got hit in the head.