Motherless Brooklyn, like so many book adaptations, is unremarkable. C 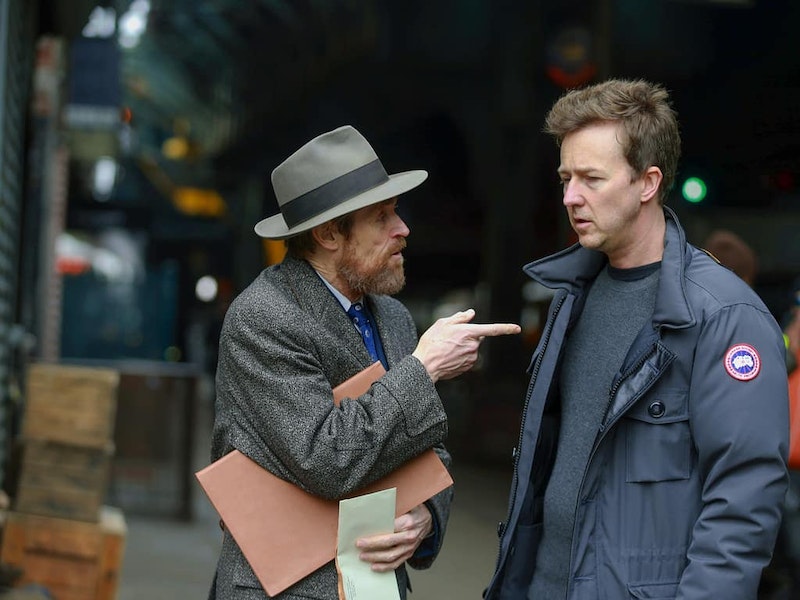 One of the oldest and truest maxims about movies is about novels. You can make a great movie out of an unremarkable book (The Godfather, Jackie Brown, The 39 Steps, The Last Picture Show), and there are exceptions where movies match or even surpass their source material (No Country for Old Men, The Shining, To Kill a Mockingbird, American Psycho). But on the whole, film adaptations of novels are misbegotten adventures. Edward Norton has been trying to make Jonathan Lethem’s Motherless Brooklyn into a movie for nearly 20 years: he bought the rights in 1998 before its publication, and in October 1999, the project was announced. He’s directed one other movie, Keeping the Faith—also from 2000—and now he returns as writer, director, and star of Motherless Brooklyn, a 1950s New York period piece about private detectives, corrupt city developers, and jazz. Norton’s adaptation is fine—it’s far from the incomprehensible disaster of The Goldfinch—but for a “passion project” decades in the making, Motherless Brooklyn is thoroughly unremarkable.

Norton plays Lionel Essrog, a P.I. with Tourettes and severe OCD (years before it was diagnosable), is wrecked by the murder of his boss Frank Minna (Bruce Willis) on his watch. Essrog’s “head is full of threads,” and his frequent tics recall Arthur Fleck’s own involuntary laughing disorder in Joker. Norton made another hubristic mistake in adapting Lethem’s novel: he added an entire subplot, about an avaricious and corrupt developer named Moses Randolph (Alec Baldwin) who wants to bulldoze working class “black and brown” neighborhoods in order to build a freeway. In other words, he wanted to make it topical. How ironic that Joker’s truly topical and politically explosive message was unintentional, and here, when Norton tries, he delivers a dud.

Motherless Brooklyn isn’t a bad movie, but it isn’t noteworthy. That, to me, is unacceptable today. Norton is one of the few stars who’s motivated and smart enough to write, direct, and star in his own movies. Motherless Brooklyn is ambitious, but ambition is not a virtue in itself. Norton, who compared his movie to Chinatown, is high on his own supply.

Another common folly of novel adaptations is staying too true to the source material: just last year, Barry Jenkins turned James Baldwin’s beautiful If Beale Street Could Talk into a conservation piece, a movie full of beatific people but stuck in amber. Baldwin’s novel sings and Jenkins’ film barely moves. Norton’s additions don’t sink Motherless Brooklyn, and there are flashes of excellence in his direction: the dissolve from Essrog’s face to an impossibly blurry Brooklyn Bridge right after he’s smoked heroin, the darting lines of reflections on the marble in the underground pool where Essrog confronts Randolph for the last time. Even the pacing: for a two-and-a-half hour movie, Motherless Brooklyn keeps moving, but how much are we retaining? Norton has waterlogged it with too much bureaucracy, fine print, unclear character intersections, and diversions.

Like so many novel adaptations, it works on paper. A great cast—Norton, Baldwin, Willis, and Willem Dafoe, Gugu Mbatha-Raw, Leslie Mann, Cherry Jones, Michael K. Williams—without a bad performance. Shot in only 46 days, on schedule and on budget at $26 million (for reference, Keeping the Faith—a fluffy romcom—cost $29 million in 1999). There were none of Norton’s infamous “creative freak-outs” on set that derailed films like The Incredible Hulk and The Italian Job. The making of Motherless Brooklyn was smooth and full of confidence—so why does it amount to little more than a passing entertainment?

So many great directors have made lifeless adaptations of classic books (Ford’s The Grapes of Wrath, Huston’s Moby-Dick, Wyler’s Wuthering Heights, Lean’s Great Expectations, Bogdanovich’s Daisy Miller), and even fewer actors-turned-directors have succeeded at all (Ron Howard perhaps the best example, which isn’t saying much). Of course there are curveballs like Marlon Brando’s One-Eyed Jacks and Charles Laughton’s The Night of the Hunter, the only films either actor ever directed. The latter is a masterpiece unrecognized in its time, and the former is a more typical vanity effort: strange, inchoate, homoerotic, and undisciplined. In other words, Brando’s personality in a two-and-a-half hour movie.

Norton is more disciplined and much less idiosyncratic than Brando, so the only loose threads here are in Essrog’s sleeves. Motherless Brooklyn was announced the same month that Fight Club came out, and David Fincher’s adaptation of Chuck Palahniuk’s novel absolutely belongs in that small group of book adaptations that match or surpass their source material. High on all that, maybe Norton thought he could pull it off. Changing the setting to the 1950s was a smart move (he’s right on when he says “gumshoe slang” would’ve sounded ridiculous and “ironic” in contemporary New York), but any praise here is faint. Motherless Brooklyn is competent and mostly coherent, but mere competence never made great films.