Blaxploitation is My Game

Dolemite is My Name, producing pulp, and going on blaxploitation runs with John Waters. 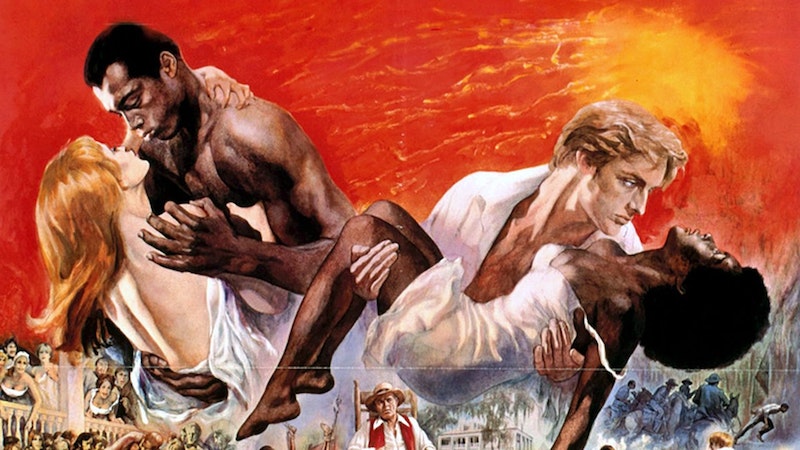 As a former low-budget exploitation film producer in Baltimore and New York, I spent many days similar to what you’ll see in Dolemite Is My Name. Starring a brilliant Eddie Murphy, it was produced by a team of talented people who aren’t afraid to look at stark reality in the face—for laughs.

I worked with Waters and other low-budget filmmakers for 20 years. In the 1970s, Waters and I saw many blaxploitation films together at Baltimore’s Hippodrome Theater. This extravagant downtown movie palace opened in 1914. In the 1970s, in the midst of downtown Baltimore’s white flight era, it was a rough place. Sections of seating were roped off, because chunks of ceiling would occasionally crash down. The audiences of around 100 were lost in the 2400-seat grandiosity. But it was a freewheeling place. People shouted comments at the screen. We smoked cigarettes in our seats, and families brought whole meals for a triple feature. Ushers were never seen.

John and I were usually the only white people, not just in the audience, but in the entire city block—which white friends thought was dangerous. At first, I did worry about our reception, as in what the fuck were these two long-haired suburban white boys doing in the ‘hood, watching movies for black people. But we were generally ignored. More than once someone would come up and thank us for coming to their theater. This was far from the urban jungle Baltimore was thought to be by white flighters.

I was comfortable, because instead of being slumming cultural interlopers, I considered our film outings field trips. John and I had just finished working on the insane Female Trouble. He wanted to keep working with me, so I had to see his favorite films. He was, after all, the Pope of Trash, a world that was new to me, a laid-back folkie-type. John scoured new weekly movie listings, for the trashiest titles, and then we’d go on our “movie date”, always on a sober weeknight. Homework, he called it.

Our curriculum consisted of hackle-raisers like Mandingo, Boss Nigger, Shaft’s Big Score, and Hell Up in Harlem. These films didn’t make it to Towson’s suburban screens. We’d include visits to Baltimore’s blue collar neighborhoods for Russ Meyer’s T&A atrocities like Mud Honey, Good Morning, and Goodbye, Common Law Cabin, and similar revolting gems like Ilsa: Shewolf of the SS.

After John’s training in trash film appreciation, I worked as a freelance production manager with other “producers” who had low budgets, terrible scripts, horrible actors, and nefarious funding, on titles like The Fox Affair, Violated!, and House on Sorority Row.

Yesterday, I stumbled on Dolemite Is My Name, because it was featured on Netflix. I don’t like spoilers in film reviews. It’s better to let a film unfold its story, at the director’s pace—not telegraphed by a loose-lipped half-baked “critics.” A film should surprise, so you can think about what the hell is happening. Dolemite Is My Name begins a tad slow—as a sad vision of losers in black urban America. Is it going to be tear-jerker, a social commentary or what? But then it builds to a tsunami of wit, sarcasm, irony, dark truths, and unlikely situations that are hilariously true (more or less). It’s a wacked-out story of success in an underground world of “entertainment” few have any idea ever existed at all.

The film brought back memories of my early days in low-budget films. Mainly ridiculously under-budgeted ones. At its most extreme there was the constant hope that someone would rescue you with a pot of money. And the desperation felt when they didn’t.

Dolemite Is My Name is a good commentary on human nature and making art of any kind. If you every worked (and failed) in the arts, it’ll be familiar ground. If you haven’t, maybe you’ll learn how it reflects human foibles, yearnings, and people’s ability to screw up everything they touch. You’ll learn that the most dangerous things are your hopes and assumptions, and that maybe, after you’ve reached total, abject failure enough, you may, through the most bizarre fluke, find success, peace, and love.