Reminiscence looks amazing but leaves a lot to be desired. B 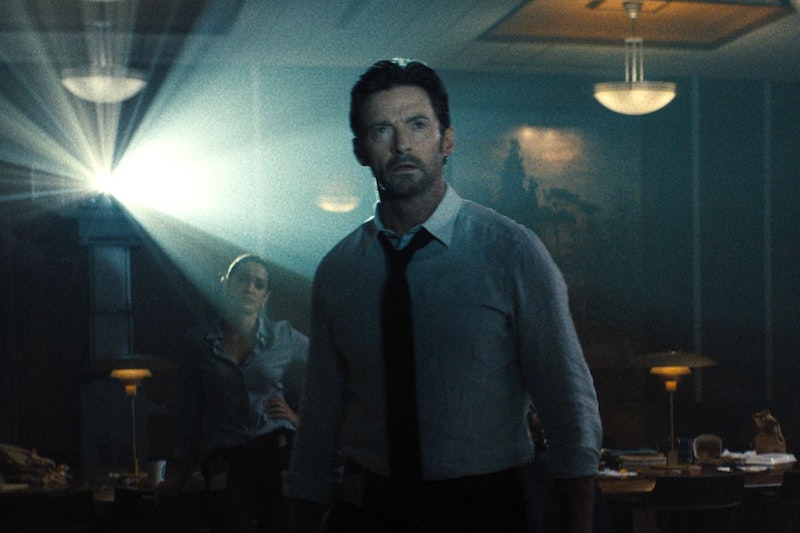 Reminiscence, a new film debuting this week in theaters and on HBO Max, is the directorial debut of Lisa Joy, who wrote and directed it. Joy is best known as the co-creator of the HBO series Westworld. That’s a show that’s known for its mixture of genres, and for looking amazing while its plotting often leaves a lot to be desired.

The film is similar to Joy's show. It combines well-known film noir tropes with sci-fi and other futuristic elements, and while it's a gorgeous picture, the plot is ridiculous, especially once it hits the third act. The film also lifts several major plot elements from a 25-year-old movie, Kathryn Bigelow's Strange Days.

Reminiscence, despite set in the future rather than the 1940s, lays on the film noir thick, starting with voiceovers that recall Matthew McConaughey's monologues from True Detective. Hugh Jackman stars as Nick Bannister, a mid-20th-century private eye, living in a ruined version of Miami that's largely underwater. Jackman, along with his sidekick Watts (Westworld veteran Thandiwe Newton) operates a business in which clients can lie down in a special sensory tank, and relive their own memories. Unsurprisingly, the same tech is used to solve crimes, in a Miami overrun with corruption.

Soon, Jackman falls in love with a chanteuse client named Mae, played by his The Greatest Showman costar Rebecca Ferguson. This time, Ferguson consummates an affair with Jackman, rather than falling just short, and she also does her own singing. It turns out Mae isn't what she seemed, and once she goes missing Jackman has to explore the underworld—both in real life and in his memory machine—to piece together the mysteries of what happened to her, and who she really was.

Jackman, who’s unshaven and rumpled, plays the classical noir private eye well, while Ferguson is believable both as the romantic love object and the morally questionable femme fatale. Cliff Curtis, as a mob henchman, capably plays the other most prominent role.

There are two great things about Reminiscence. The first is the production design, which presents a horrifying but not unrealistic vision of what a coastal city like Miami might look like once the oceans rise. Joy, cinematographer Paul Cameron, and production designer Howard Cummings expertly take these ideas to their logical conclusions. The other is the backstory of a minor character, a real estate baron's wife, played by Marina de Tavira, who played the mother in Alfonso Cuaron's Roma.

As for the rest of the film, it's hit or miss. While I realize it's squarely in the tradition of the noir genre, this one has too much on its plate. And while the ending fits the film perfectly, the third act goes to some pretty goofy places.

For instance, it's yet another movie in which characters are somehow able to breathe underwater for much longer than they realistically should, and can also see perfectly while doing so. It looked ridiculous enough when Jungle Cruise did the same thing, but at least neither Dwayne Johnson or Emily Blunt was trapped under a piano.

The central sci-fi conceit, meanwhile, feels very familiar. Bigelow's Strange Days was also the story of a future technology that would allow people to re-live memories, and featured the male protagonist (Ralph Fiennes) addicted to the technology, as a way to re-live a lost relationship with a woman (Juliette Lewis). Bigelow's movie had more of a cyberpunk aesthetic rather than going the film noir route, but the lessons and conclusions about the future technology are similar.