The director's moody approach flows like a free verse poem, with stories and characterization always secondary. 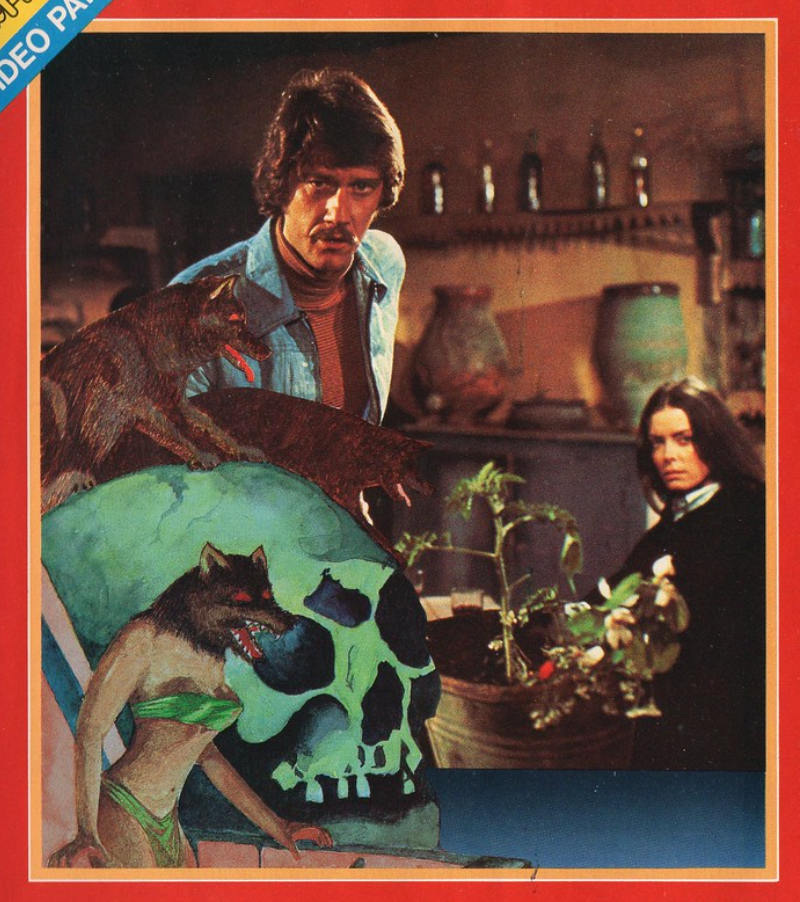 In the cinematic death trips of Ray Danton stories and characterization were always secondary. The director’s moody approach flows like a free verse poem. His obscure horror films reveal a common ground of the nightmarish, the visceral and the philosophical. Their cryptic themes were inspired by spiritual freedom and the limitations of physical existence.

Psychic Killer (1975): While it could be argued that most Danton movies are distinct products of their time, Psychic Killer is one that feels contemporary. Its nihilistic violence and negative characterizations paint a bizarre picture of vengeance as the ultimate form of homicidal insanity. The film piles on the sadism and hatred, but experimental production design and shadowy ambience keep it from being a straight gore film. Nonetheless, for fans of slasher films, the Saw franchise, and other ultra-violent favorites, Psychic Killer will be the best introduction to Danton’s work.

Deathmaster (1972): Soon after the Manson Family made headlines in the late-1960s, studios great and small cashed in on the hysteria surrounding the Tate-LaBianca murders. The Cult, The Night God Screamed and Sweet Savior were just a few of the films to focus on murder cults led by charismatic psychos. Deathmaster was one of the best entries in horror’s Manson-inspired sub-genre. This was Ray Danton’s first horror film and his most overtly “underground” work. Drugs, mysticism, avant-garde music, and other bohemian elements drive the action. While it’s not an attempt to indoctrinate Middle America into the hippie scene, it presents a skewed view of the counterculture that relies more on nuance than sensationalism.

Robert Quarry stars as Khorda, an erudite hippie prophet/vampire who turns up in an out-of-the-way enclave where a crew of young back-to-the-landers have set up shop. The town has a general store/hippie boutique run by a DIY nerd (John Fiedler as Pop) and kinky personal ads posted on a public bulletin board. The town’s characterization seems inspired by Virginia City, Nevada, a rural town near the high Sierras famed as a birthplace of America's psychedelic movement. Khorda’s mannered demeanor was also a trademark of Quarry’s titular role in the Count Yorga franchise, the series of urbane yet ghoulish films that made him a horror icon. As Khorda’s careful manipulation transforms the groovy village into a hot bed of vampirism, the counterculture’s strengths and weaknesses are laid bare. Only the viewer can decide whether the townsfolk are victimized by their own conformity and drug abuse or Khorda’s selfish blood thirst.

Crypt Of The Living Dead (1973): Of Danton’s three chillers this low-budget Spanish/American production (co-directed by Julio Salvador) is the one that benefits the most from loose narrative structure. While it doesn’t have the gore-and-sleaze overload of Psychic Killer or the lysergic Manson-damage of Deathmaster, Crypt Of The Living Dead brings folk horror and New Wave minimalism together in a powerful occult message film. Shot in Pacific Palisades, CA, Istanbul, and locations in Spain, very little happens, but there’s a lot to look at. The smoldering eroticism of actress Teresa Gampera brings life to Hannah, an ancient werewolf-vampire queen accidentally re-animated by a scientist whose disbelief in the paranormal creates only death and suffering. Brutal cave rituals, expansive cinematography, and a quirky cast of novice support actors push Danton’s vision to weird extremes that his other chillers only hint at.

Just like the 1975 Ray Danton production The Manchu Eagle Murder Caper Mystery, Crypt casts natural beauty as a main character. The wilds of a desolate coastal wilderness and its rocky crags harmonize with the dangers of superstition and intellectual snobbery that plunge the film’s characters into one insane tragedy after another.