A round-up of recent documentaries like All-Madden, The Super Bob Einstein Movie, and American Gadfly. 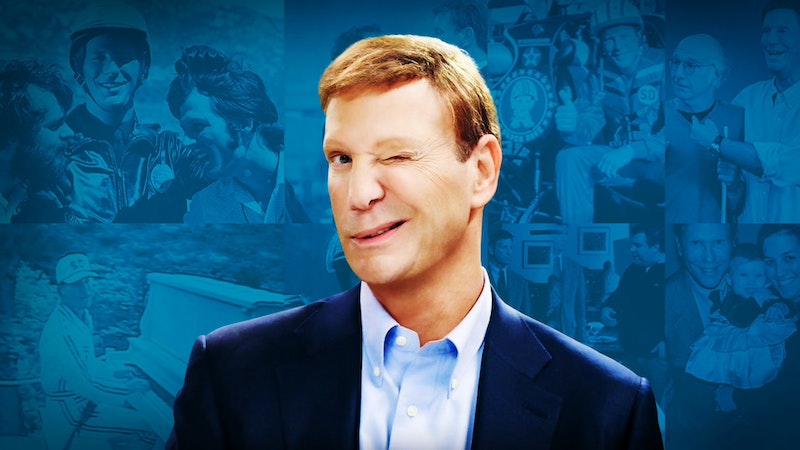 —All-Madden: Koch, a documentary about former New York Mayor Ed Koch, opened theatrically on February 1, 2013, which was the same day Koch died. That’s a coincidence that hasn't been matched since, although All-Madden, the recent Fox Sports documentary about John Madden, missed by just three days. For weeks, Fox hyped the Christmas Day debut of a documentary about Madden, the legendary former Raiders coach who retired abruptly in 1979 and then segued into a career as a beloved loved color commentator , while also putting his name on the world's most popular sports video game.

The documentary aired as scheduled on the 25th, and then Madden died on the 28th. It wasn't like the film was produced with secret knowledge that he was dying; Madden, by all accounts, passed away suddenly, although he was reportedly able to watch the film prior to his death. The death caused the streaming debut of the doc to be moved up by a few days, so you can watch it now on Hulu, Peacock, and Tubi.

The documentary, directed by Tom Rinaldi and Joel Santos, is a worthy tribute, featuring interviews with Madden his family and famous colleagues. All of them acquit themselves well, with the exception of Brett Favre. The film plays all the hits: Madden's coaching career, his decision to quit, his pivot to announcing, his jumps among different networks, and the origins of the Madden video game. Perhaps most intriguing is the story it tells about the arc of Madden's broadcasting career, and especially the way it revolutionized what it means to be a sports broadcaster. If Madden meant even a little bit to you, this doc is a must.

The Super Bob Einstein Movie: Bob Einstein, the veteran comedian and actor who passed away at 76 in 2019, was best known for a pair of characters: The daredevil/Evel Knievel parody "Super Dave" Osborne, and Marty Funkhouser, the awkward, non-showbiz friend of Larry David over the course of many seasons of Curb Your Enthusiasm. Marty remained friends with Larry even after he disrupted the funerals of his mother, father, and nephew in different seasons of the show.

Shortly before the new year, HBO Max debuted The Super Bob Einstein Movie, a new documentary about the life of Einstein, who was also well-known as the older brother of Albert Brooks. Directed by Danny Gold, it's more of a career highlight reel than a documentary, but what a reel, and what a career. Interspersed with interviews including Brooks, Jerry Seinfeld, David Letterman, and most of Curb’s cast, there are highlights after highlights of Super Dave and Curb bits. Also, numerous talk show appearances by the Super Dave character, as well as his famous "King of the Road" bit, and some of Marty Funkhouser's best moments, such as when Einstein's character is given the chance to meet Seinfeld on the set of a TV show, and proceeds to tell him the filthiest joke of all time.

—American Gadfly: Mike Gravel was a Democratic senator from Alaska who served two terms in the Senate in the 1960s and 70s, and was best known for his opposition to the Vietnam War and his role in publicizing the Pentagon Papers. Gravel laid low for a couple of decades before he resurfaced with a presidential campaign in 2008, when he was in his late-70s. He then surfaced again in the 2020 campaign when, pushing 90, he was approached by a pair of teenagers with the idea of another run, with the teens calling the shots. It started as a Twitter account, but eventually the "Gravel teens" masterminded a run in the Democratic primaries.

American Gadfly, out on VOD this week, tells the story of that one-of-a-kind campaign, which fell short of its stated goal of getting Gravel on the debate stage. It's fascinating as an inside story of the political process and what goes on in a long-shot presidential campaign. Nevertheless, it's hard to get around that the Gravel campaign was essentially  a footnote in the 2020 campaign. And while the Gravel teens aren't quite "Bernie bros," they do get pretty vicious at times in pushing to get fellow also-ran John Delaney to drop out of the race, in order to open up a debate stage slot for their guy.

It's tempting to view the Gravel Teens phenomenon as similar to the story of The Iron Sheik, the pro wrestling legend of the early-1980s, who reinvented himself in his advanced age as a social media star. In his case, that persona was the creation of a pair of young Toronto Bar Mitzvah promoters who took over both his management and his Twitter account (this, too, was the subject of a documentary, 2014's The Sheik).