Donuts with a Barely Legal Eagle

Sean Baker’s Red Rocket, at over two hours, is bloated and undercooked. 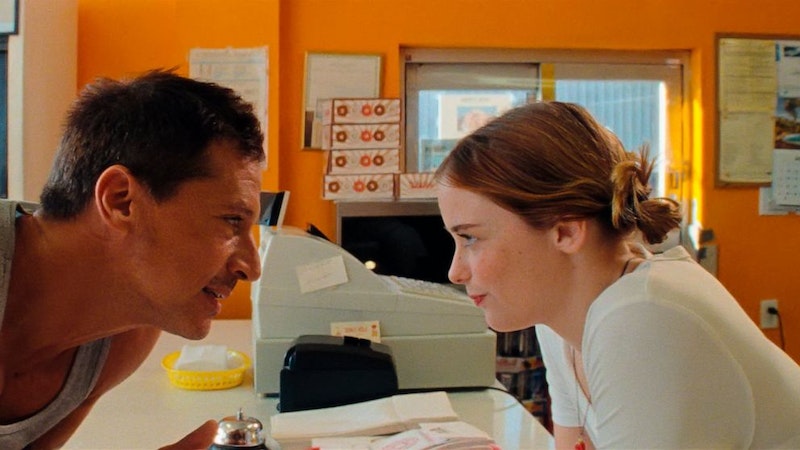 Sean Baker’s one-two breakthrough with Tangerine in 2015 and The Florida Project in 2017 is starting to feel distant, and he’s just gotten his follow-up, Red Rocket, out in American theaters after its Cannes premiere last May. It’s not the movie he was developing before the pandemic, a “drug user activism movie” that, in order to be made, “COVID has to be an afterthought.” So for now, Baker co-wrote Red Rocket with Chris Bergoch: “I was mourning the temporary death of that project when my producer called me up and said, ‘I think I can find you a little bit of money to make a movie right now.’ I asked how much and he said a quarter of the budget of Florida Project—every time you think you’re going to move forward and it’s a total step back. But I just decided, why not? We don’t even know the future of the film business at this point. If I have an opportunity to do anything, I should grab it.”

I was surprised by that Variety interview, because along with the Cannes premiere, Red Rocket is Baker’s first major movie in anamorphic widescreen, with a forbidding 130-minute runtime. Any time you go over two hours, you better have a good reason. As shaggy and unambitious as Licorice Pizza is, it never feels boring, dull or lifeless, and you never feel its similar runtime, unlike with Red Rocket. Despite costing a quarter of The Florida Project, this is a much more obscure and ambitious film, and one that could’ve lost half an hour or 45 minutes.

Simon Rex stars as Mikey Saber, a former porn star/hustler back home in Galveston, Texas from Los Angeles. He’s a “suitcase pimp,” as his wife says at the end of the movie during an ill-timed comic snap zoom, a guy that can’t help scamming and ruining the lives of everyone around him. Mikey inadvertently causes a 12-car pileup and allows his wimp friend to take full responsibility (to be fair, this guy stole valor and went to the mall—in bad taste anywhere, asking for violence in Texas); he spots, grooms, and starts fucking a 17-year-old girl working at a place called the Donut Hole. He calls her “legal as an eagle,” and Baker shoots their sex scenes like an Italian sexploitation movie, and it’s in these highly stylized and transgressive sequences that the film becomes interesting and finally something new for Baker.

Red Rocket is him treading water, dealing with mostly non-professional actors in precarious financial situations doing and selling drugs and involved in or close to some form of prostitution. He’s not doing anything formally new and concentrates on his weakest link: the writing.

Baker’s movies often have a student film feeling when you can see the seams showing: as good as parts of The Florida Project were, it was an obvious Willem Dafoe showpiece. His movies are routine, and he’s really rough with endings. Here he lands something better, with a pure cinema sequence of Saber’s girl, Strawberry (Suzanna Son), dancing in a bikini outside of her pink house as he’s forced to leave town once again, with or without her. Red Rocket takes off much later when you realize how charming and charismatic Saber was, despite his disgusting and harmful behavior. This guy is a dangerous criminal, the first villain and the first kill in another movie. But he’s funny, has personality, and is engaging. I fell for him. Young women—most women—will see through it all much quicker and likely find none of Saber’s antics amusing or anything less than disturbing.

I think if Red Rocket has any success beyond its few dazzling romantic and sex scenes, it’s that it shows how acceptable and relatively safe this type of guy—attractive white guy in his early-40s but looks younger, with an always winning smile—is in our society. Mikey Saber never comes off like a gangster or a rapist, but if you think about it for two seconds the grim reality of this movie snaps into focus. Perhaps Baker thought spending more time with Saber would create this effect, and maybe that’s true: there’s plenty of day-in-the-life material with his wife and his mother-in-law, and his drug dealer and her daughter. The grooming saga is just another slice.

Still, Baker isn’t using length successfully, because the movie is bloated. This could’ve been a nice short stopgap movie before something else bigger. Instead, there are sloppy comedy zooms and a lack of editing discipline, or a serious misstep in judgment. I hope I won’t have to wait another four years for his next film.