Rape, Game of Thrones and Incoherence

A look at some real bad writing. 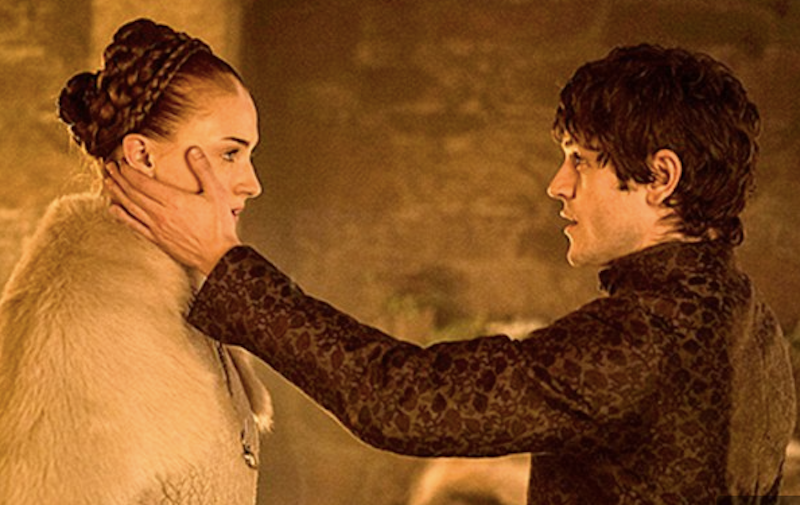 This post is kind of about rape and Game of Thrones, but mainly it's about Alyssa Rosenberg and her remarkable way with a column. She writes about pop culture for The Washington Post, and gosh, what writing it is. People get mad about rape, of course, and they get mad about Game of Thrones, a TV program that involves not just rape but mutilation, war and the frequent humping of pretty girls. People don't get mad about Rosenberg's prose, nor do they have to. But they should at least notice what the stuff is like, and those located near her should squeeze in at her laptop to do some editing.

Game of Thrones just riled up its viewers with what appears to be one rape too many. The producers departed from George R. R. Martin's novels by writing in the violation of a nice young lady (meaning underage teenager) named Sansa. Internet protest has been loud, and Rosenberg devotes her latest column to the controversy. She isn't mad about this latest GoT rape or about the earlier ones. She figures that the show is serious about its rapes, and that includes the violation of Sansa. “For me, the scene of Sansa’s rape was tremendously unpleasant,” Rosenberg tells us, “but the care taken in the staging, acting and shooting of the scene made it impossible for me to regard it as lazy or slapdash.” Because people objected to the scene on the grounds that the makeup wasn't right. Except that they didn't, they said the girl was being raped just to goose the action. Rosenberg has some trouble keeping her thoughts on track.

Okay, here she is, back on the beam: “I didn’t find it gratuitous in the way I might have felt if I saw Game of Thrones as simply a sprawling, quasi-medieval adventure,” etc. Instead she sees the saga as a “story about the consequences of rape and denial of sexual autonomy.” Why? Well, because there have been plenty of other rapes in the story, and… well, I'm not really sure. But she goes through the various rapes, and the killings tied to sexual jealousy, and the other bits of brutality that have something to do with sex. The aim is to show that each has its own good reason for being in the story. These reasons come bundled up as lumpy word-parcels that, once unwrapped, reveal nothing much.

Here's one: “Jaime Lannister’s (Nikolaj Coster-Waldau) sexual coercion of his sister Cersei, an event that takes place in the crypt where their son’s body lies in state, illustrates the ways in which furtive relationships can make women vulnerable to the men who claim to love them.” Okay, so the rape is there to show that it's extra-dangerous to indulge in secret canoodling, since there's no telling what the fellow will get up to once you're both hidden away in your son's crypt. Gals, be careful!

The tacked-on bit about Targaryen incest is especially choice. Not only are we being told that Robert's violation of his wife means that he didn't really free the country, we're being told that a notable reason for this supposed cause-and-effect relation is that the Targaryen brothers and sisters had sex with each other. Admittedly, this doesn't make sense. But some ugly sex is some ugly sex and has to be included in the catalogue. So Rosenberg jams the mention onto this handy sentence with a “not least because.” Hey, why not? Well, we know why not. But she doesn't, and apparently no one is at hand to set her straight.

The sentence is so bad that we have to guess at what she's saying: that Robert's victory still left things pretty dodgy because the new king was a wife-raper. Okay, sure. But we knew things were dodgy anyway; after all, Robert almost made his country bankrupt. And it's Westeros. There's so much violence, corruption and cruelty that the king's wife doesn't have to be taken by force for us to get the message. I don't say a rape in a story needs a special justification beyond those required for murders or mutilations; I'll stay right out of that debate and offer no opinion. But if you say it does need a special justification, and that you can present one, you had better be able to do so.