Preaching to the Choir

Baghead and Tropic Thunder promise satire and instead deliver pats on the back. But they’re both a good way to spend 90 minutes nonetheless. 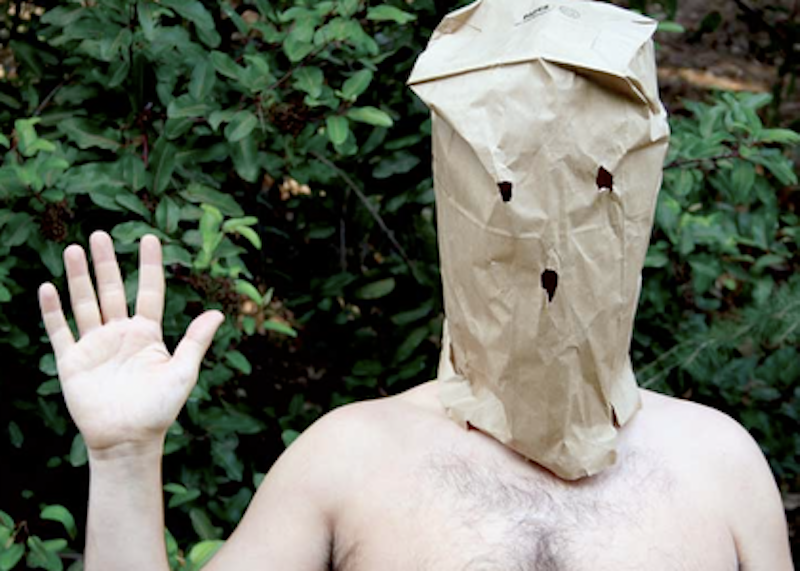 It was mere coincidence that I saw Ben Stiller’s Tropic Thunder and the new mumblecore horror movie Baghead within 15 hours of each other, but it was serendipitous nonetheless; these two movies should be available as a double bill, one serving as the post-post-ironic navel-gazing yang to the other’s self-congratulatory yin. It helps that both movies, while never delivering on their initial satirical promise, are entirely enjoyable, but they both unintentionally exhibit how rigidly factionalized our country’s entertainment industry has become. While each is ostensibly about moviemaking, they’re more accurately celebrations of the small, insular communities who funded them disguised as satirical backstage comedies. Too bad they’re tailor-made for specific, easily identifiable audiences.

Of the two, Tropic Thunder offers a more candid glimpse into the filmmaking process. Part of its success is how forthrightly it lampoons recognizable Hollywood types: a washed-up action hero with a franchise in its sixth entry, a fatsuit-donning comedian who makes millions off fart gags, a pretentious method actor amazed by his own craft, and a rapper-turned-actor looking to expand his market share. The fake previews that open the film are such dead-on parodies of recognizable tropes that the following 90 minutes feel almost unnecessary; there’s little room to build after you’ve successfully placed whoopee cushions underneath a handful of contemporary’s Hollywood’s most uncreative ideas. Robert Downey Jr.’s Australian character Kirk Lazarus is a near copy of Russell Crowe’s mannerisms, and when we see Jeff Portnoy (Jack Black) gyrating from heroin withdrawal, it begs the question of how much advice he received from Downey himself. Additionally, Thunder’s actors are clearly having a great time with their characters’ petty bickering and preening, which leads me to believe that the representations are accurate enough.

Baghead doesn’t explain much about moviemaking because it’s set in the low-budget indie milieu that tries to wring a “real” movie out of a couple thousand bucks and a borrowed mini HD camcorder. Like Tropic Thunder, it opens with a pitch-perfect parody and never quite reaches that satiric height for the remainder. We Are Naked, the film-within-a-film that we really only see for about 20 seconds, feels exactly like the kind of low-key romantic dramedy that does well on the contemporary festival circuit and, when gussied up with a real budget, produces drivel like Garden State. After the screening, the director tells the festival crowd that he proudly made We Are Naked in his hometown for $1000 (more than he wanted to spend), and when asked if his script relied on improvisation, he smugly responds, “When you wake up in the morning, do you rehearse everything you’re going to say to everybody during the day?”

The opening sequences of Baghead and Tropic Thunder are basically the same joke about different groups of people, and the movies themselves follow a similar arc as well: yearning to make an artistically respectable movie within their means, the casts find themselves in over their heads, only to learn that they’ve been the pawns of filmmakers all along. But most interestingly, they both fall short in their last third for the same reason—their satire has no real teeth. The exaggerated representations of their respective communities are sentimental at heart; the filmmakers don’t show any interest in burning real-life bridges and they both end up honoring the conventions that they initially mock.

Tropic Thunder, for instance, betrays its opening Eddie Murphy caricature when Tom Cruise shows up in his own fat suit to play the profane Jewish producer Les Grossman. Cruise’s performance has been called his best in years and a much-needed anathema to his arrogant public persona, but for my money it’s easily the worst aspect of the film and does nothing to dispel suspicions that Cruise is a weirdly self-absorbed, humorless guy. Even without Tropic Thunder’s unforgivably terrible ending—a minutes-long sequence of fat-suited Cruise dancing to hip-hop—the character is interesting only because it’s Tom Cruise under all that makeup. The supposed puncturing of Cruise’s celebrity is actually a validation of his public worth, and a continuation of Stiller’s longstanding fascination with him. The same goes for the last-scene cameos from Lance Bass and Jennifer Love-Hewitt, both played for laughs that come only from the audience’s recognition of tabloid stars. Stiller positions his movie as a takedown of Hollywood pomposity, then grounds much of his humor in star power and audience hunger for it.

Baghead, meanwhile, opens up with the knowing mumblecore satire and then, after a flirtation with horror genre conventions, eventually ends on the same twee-ambivalent emotional note that one would expect from such a film. Four actor friends, two male and two female, head from L.A. up to a cabin in Big Bear with the hope of collectively writing a feature-length script over a single weekend. Romantic entanglements and personal neuroses (as well as the characters’ steady diet of Coors light and plastic-bottle tequila; don’t L.A. hipsters have anything better to drink?) complicate matters, however, particularly when a mysterious stranger with a paper bag over his face starts terrorizing the group. Nothing about Baghead is as insipid as Cruise’s fat-suit dance, but that’s only because Baghead is made to feel insouciant rather than desperate to entertain. Even so, the movie’s resolution—that the unprepared, raw footage shot during their terrified duress has some kind of nebulous “honesty” and should be edited and submitted to festivals—is played for real closure, not laughs, as it should be. The biggest difference between Baghead and Tropic Thunder is that the joke is never on the former’s protagonists.

It’s probably too generous to call either film a satire in the first place. Their funniest and most self-aware moments are really more like Weird Al-style parody than cutting Swiftian judgment. There’s also no distance between subject and creator for either of these films, as both are so firmly of the scenes they mock. How, for instance, can Stiller really attack effects-laden franchises when he’s currently at work on Night at the Museum Part 2, or when Downey’s set to reprise his Iron Man role whenever the eventual Avengers movie rolls out from Marvel? The most risk-taking element of Tropic Thunder is its proudly R-rated material; with its excess violence and gratuitous language, Stiller’s not making movies with an eventual network TV deal in mind. His surehanded direction, at least in the movie’s first two-thirds, is also more confident and visually polished than most Hollywood summer fare.

Brothers Mark and Jay Duplass, Baghead’s directors, are as much a part of the mumblecore mob as Stiller is of Hollywood, which is why their movie is less satirical than simply self-aware of the nascent genre’s tropes. Like Stiller, the brothers are fine storytellers, and they actually know how to use the handheld-camcorder aesthetic for narrative purposes rather than assuming it creates a narrative inherently. The entire drama of the film relies on the interplay of the four leads, and the awkward, purposely unstylized filmmaking does lead to some genuinely real-seeming moments. Baghead tells an ultimately inconsequential tale of half-inspired white fauxhemians, but it’s an honest movie with recognizable humanity behind its silly exterior.

That’s true of Tropic Thunder, as well, and all these similarities reveal how self-reflexive and segregated our current pop culture environment has become. The amount of movies being made each year gets bigger and bigger, but the disparities between various movies’ respective release and marketing plans get wider, as well. Baghead and Tropic Thunder are both well-made, refreshingly self-aware movies, and yet their reliance on winking in-jokes shows how resignedly different their fates will be even though their motives and quality are basically equal. The differences between them are primarily budgetary and tonal; that both play explicitly to a specific audience (celebrity-aware pop consumers on one side, indie snob in-crowders on the other) illustrates how exact the filmmakers expect their audiences to be. No surprise, then, that both films also end by catering to presumed audience expectations, and they’re worse off for it.