If you thought making a movie in the Hollywood studio system is tough, try directing films in Stalin's Soviet Union. Sergei Eisenstein suffered as an auteur under the critical gaze of secret police supervision, but he also managed to churn out hugely influential epic films and invent the montage. Here his 1938 film Alexander Nevsky, in which the medieval Russians defeat a German invasion, is reviewed as part of the ongoing Criterion Contraption. 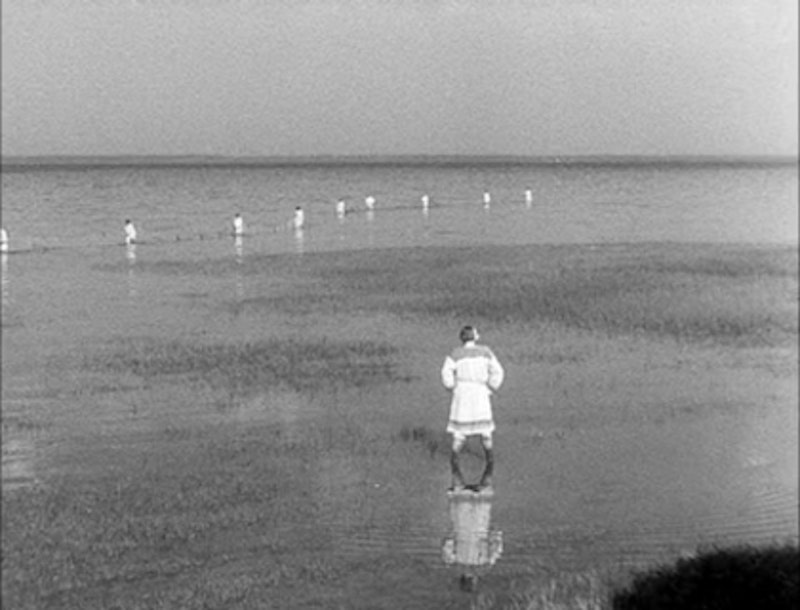 So when it came time to write his next screenplay, Eisenstein collaborated with Pyotr Pavlenko, a member of the secret police who allegedly sat in on NKVD interrogations. American filmmakers bitch and moan about dealing with Philistine studio executives, but at least those guys only pretend to be bloodthirsty madmen. To say Eisenstein was operating from a position of limited power is an understatement. It's not a surprise, then, that Alexander Nevsky is unsubtle and clumsy in its ideology. The real wonder is it wasn't titled Please Don't Kill Me, Comrade Stalin.

Trying to find the least politically controversial subject to make a film about, Eisenstein settled on the life story of a thirteenth century Russian prince, best known for defeating the Livonian Order in a battle on a frozen lake in 1242. Like Olivier's Henry V, Eisenstein's Nevsky is a straightforward hero. We can tell this from the first time we see him, bestriding the narrow world like a colossus, arms akimbo: