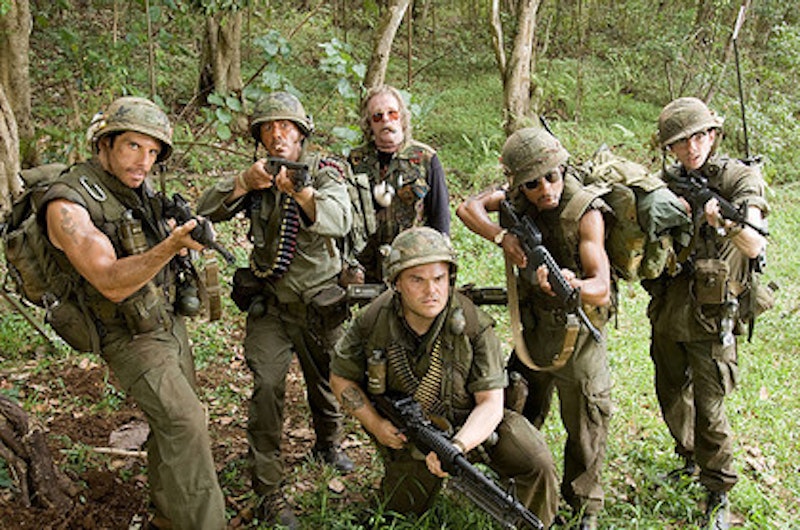 Movie reviews and trailers both address the same question: should I go? Yet I’ve noticed recently that reviews themselves have come to seem almost as tired and formulaic as the trailers. Each week A.O. Scott and Manohla Dargis (and many of their colleagues) hack out a few short clips on the current cinema; they critique the plots and acting and often place the movie in the context of film history. They make all the right moves but a specter of lassitude and bone-deep fatigue haunts their writing—it begins to sound numb and rote.

And why shouldn’t it? Hollywood movies have for many years hewn closely to mediocrity, producing variations on a limited number of themes, so why should the reviews be any different? Of course there’s nothing terribly wrong with mediocrity; many people (myself included) often really want to see mediocre movies. After a tiring day, the prospect of curling up with Born Into Brothels or Metropolis doesn’t appeal; I would rather see something merely adequate, like Sky High or High Fidelity.

The problem with all this mediocrity is that there’s almost nothing for critics to say about it, and it makes the choice between a positive or negative review increasingly arbitrary. No wonder the reviews sigh with fatigue. A. O. Scott, film critic for the New York Times, wrote a column in 2005 lamenting the loss of the big-budget disaster, complaining that Hollywood films stick to safety and moderate quality and take no risks. He’s entirely right, and I’m sure that Scott would relish the chance to sink his teeth into a truly awful movie if he could rouse himself from critical torpor.

But the current crop of films, despite their excellent CGI and abundant profanity, are far too bland to rouse the critics from their beds, so all the reviews seem to have been sleep-written. Take, for instance, Manohla Dargis’ wanly positive review of Tropic Thunder, precisely the kind of amusing, ephemeral movie that we really don’t need a review to understand. It has explosions and Jack Black; what more does a prospective viewer need to know? Yet Dargis diligently does her job. With The New York Times’ typical pose of soigné sophistication she misses the point of a dumb but funny scene in which Stiller paws a severed head:

Mr. Stiller has so little sense of modulation. He isn’t content simply to decapitate a character, the way, say, Graham Chapman hacked limbs in “Monty Python and the Holy Grail”; he also has to play with the stringy bits hanging from the bloodied neck. Mr. Stiller doesn’t kill jokes: he stomps them to death.”

Dargis’ analysis is right, but in the stupor of her critical exhaustion she misses the fact that all the other characters on screen also find Stiller’s sanguinary fiddling repulsive; the audience is on the other actors’ side, against Stiller’s character (who has mistaken a real head for a cinematic artifice). Here, perhaps, lies the heart of this ambivalent, exhausted style of reviewing. Dargis knows that Stiller’s scene is funny, and she even knows that it draws on a cinematic tradition of gore-for-laughs, but her criticism is so tired and so unenthusiastic about the movie in general that she doesn’t bother to think through the scene.

The arbitrary criticism cuts both ways. Take A. O. Scott’s review of Smart People, a much more serious film than Tropic Thunder, and one that’s much less fun to watch and will last an even shorter time in the public imagination. Scott loved it. I met Scott in drama critic Richard Eder’s seminar on writing reviews in 2005; he admitted that having to see almost every movie released was something of a burden and that he occasionally felt quite tired by the whole thing. Three years later he still writes about two film articles weekly. His review of Smart People is therefore telling in a bush-league psychoanalytic way: Scott adores the Dennis Quaid character, an aging academic tired of his personal and professional life who can barely muster the strength to poop out another tired lecture or paper. Sound familiar?

Smart People, to anyone who sees it, is perfectly mediocre. Dennis Quaid and Thomas Haden Church turn in pleasant performances as a pair of tissue-thin, shopworn caricatures (disillusioned, embittered smart guy; fun-loving loser uncle). Juno’s Ellen Page flops around in a role so contrived and unrealistic that it could only have issued from the mind of someone who had spent years in writer’s workshops; and Sarah Jessica Parker plays Doctor Sarah Jessica Parker (a performance straight out of the SJP stock repertory on which Scott inexplicably lavishes praise). There’s a faint glimmer of seriousness beneath Smart People’s ever-so-slightly wacky surface and Scott praises it:

Over the course of the movie everyone changes, but the filmmakers don’t force them into preordained postures of redemption. They are defiantly fixed in their personalities even as they show—and eventually acknowledge—some room for improvement.

Isn’t this just a skillfully worded way of saying that nothing at all happens? And when writing about such an inconsequential movie, might it serve the reader better to judge it based on whether or not it is entertaining than on whether its incest-contemplating young Republican teenage girls change in realistic ways over the course of the narrative?

Other examples of this coin-toss indifference abound; Scott comes right out with it in his review of the great atrocity Mamma Mia!: “Really, this movie is incapable of harming anyone, except moviegoers with the good taste and bad manners to resist its relentless, ridiculous charm.” Or take Dargis’ review of The Happening, which skewers brain-dead director-writer M. Night Shyamalan as deftly as Voltaire would have (“A fine craftsman with aspirations to the canon, this would-be auteur has, in the last few years, experienced a sensational fall from critical and commercial grace, partly through his own doing—by making bad movies and then, even after those movies failed, by continuing to feed his ego publicly”) but then struggles to find much of anything to say about the movie, other than it was shot nicely and was very bad (that is, it was mediocre). Anyone who saw the trailer could have told you that.

Dargis and Scott are both fine writers, but watching them work the Times arts section is like watching a thoroughbred plough a field. Perhaps the paper should rethink its stance on movie reviews; perhaps it should let Dargis and Scott wade like storks through the torrent of mediocre movies, plucking up the very good and the very bad and allowing the rest of the output of Hollywood to sluice past them without comment. Less metaphorically, does anyone open up The New York Times thinking “I sure hope they have a review of Death Race!”?