Escape the heart fortress of delusion with a quality flick. 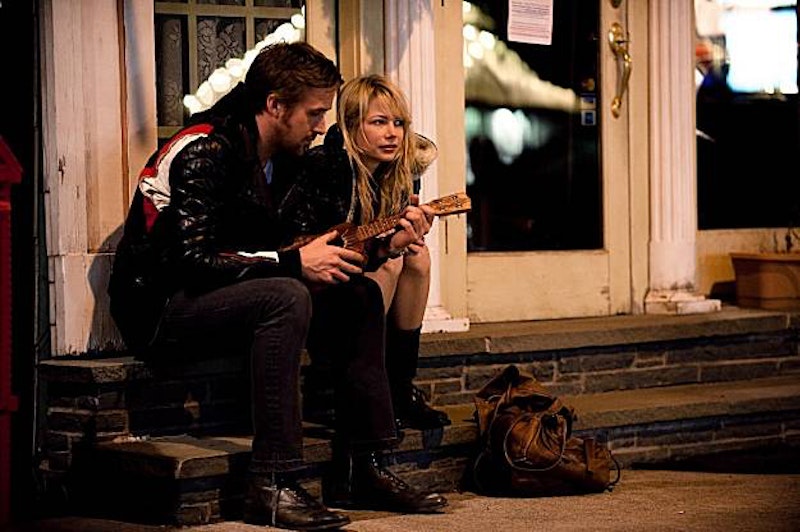 It’s time to rag on Valentine’s Day—that period of rampant consumerism and wasted money, the 14th day that kills spontaneity while raising wildly high expectations, guilt-trips, and feelings of loneliness… or so many say. The naysayers would have you believe that Cupid’s arrow doesn’t pierce you with romantic love, but rather shackles you into the commercial monotony, forcing you to spend-spend-spend as the Valentine Conglomerates see fit.

Or, Valentine’s Day is what you make of it. It can mean nothing, everything, or even provide comedic relief, because it’s one of the greatest days for Jaded Singles. Hordes of couples across the country pretend they have perfect romances. They buy into the most commercial aspects of the holiday and think that’s enough to foster a lasting and worthwhile partnership and mend broken fences.

While the couples live in the conversational heart fortresses of delusion, Jaded Singles can turn to film and find some jaded reality. Though cinema loves its happily-ever-after endings, there are killer titles in the mix that delight in nothing more than ripping at both the strong and tenuous strings of romance, setting the notion of perfect love on fire, letting it roll around in agony before inevitably falling into dust.

There’s something sinisterly beautiful in Krzysztof Kieslowski using vengeful divorce to explore notions of equality in his Three Colors trilogy. The film thrives on the vengeful hatred that can be birthed from failed romance. Julie Delpy’s Dominique is a woman so unhappy with her husband that she feels compelled to publically emasculate him. She swears he failed to consummate their marriage, leaves him with nothing, and leaves herself open to eventual revenge as Karol figures out to destroy her socially and emotionally. Passion earns no respect.

Few romantic triangles have the muddy complexity of Mike Nichols’ Closer. It frames romantic connection as a burning house riddled with problems—notions of age and youth, the allure of mystery, cheating, sexual perversion, lies, emotional games, violence, and secrets. It challenges every idea that we can ever truly know another person, yet trust them. It chastises us for making surface judgments and balances the whole affair on Alice Ayres’ (Natalie Portman) shoulders, the woman each other player (Law, Roberts, Owen) objectifies, though she holds the only real understanding of how the game is played.

There’s nothing particularly harsh about what is arguably Woody Allen’s most famous film. It’s romantic, funny, and full of cerebral anecdotes to amuse us, but it also flat-out refuses to fall into romantic mania. It rejects the idea of happily ever after, it rejects the idea that reconciliation is ideal, and it quite literally forces the viewer to move on from any romanticized notion that love is all that’s needed. Alvy must ultimately pretend—writing a play to give himself a happy ending with Annie when she fails him, comforting himself in that age-old Hollywood ideal that never comes true.

There’s nothing pretty or healthy about Sid Vicious’ relationship with Nancy Spungen. In the film, Gary Oldman and Chloe Webb lather in the dysfunction. They’re a couple brought together by heroin, their love of the needle that kept drugs flowing in their veins. Love isn’t romance, but drugs, depression, isolation, and violence that naturally leads to both of their deaths as well as an unsolved mystery at the Chelsea Hotel.

Where the dysfunction of Sid and Nancy can be sworn off as punk rock of another time and place, American Beauty is the insidiousness within the American dream. There’s no big barrier between them and us. Here the interpersonal contempt is hidden in the sheen of success and consumerism, framed in the battle between the wife who is happy in the lie and the husband struggling to break out of it. They ooze contempt as they play house and Kevin Spacey’s Lester thrives in the dissolution of the dream.

To investigate the throes of depression, Lars von Trier makes use of a large planet threatening to engulf earth, but he also uses the romantic woes of two sisters—one offering the darkness behind a seemingly happy couple on their wedding night and the other offering the isolation within a seemingly happy marriage. There’s no room for romantic fervor. In Melancholia, love cannot help either marriage survive; it’s nothing more than a weak truth that cannot begin to defeat one’s inner turmoil.

In Mike Nichols’ film, idealism comes face to face with the death of the romantic dream. Neither side seems particularly attractive—the young couple reeks of gentle naïveté while the older one seethes with clever contempt. Moment to moment each relationship is ripped apart through ill deeds and words, each scene an indictment of any notion of idealized or even healthy love. It’s the film that laughs at romanticism right along with you.

Requiem for a Dream

Every beautiful, warm, or genuine bit of affection is destined to die in Requiem for a Dream. Hubert Selby Jr.’s novel and Darren Aronofsky’s film destroy every incarnation of love—mother-to-son, friend-to-friend, lover-to-lover. Drugs, whether heroin or diet pills, create growing chasms in each relationship, dulling each concern or connection until they begin to fade away entirely. All that’s left are the selfish concerns of addiction, no matter how romantic their worlds used to be.

Where many of the other films drag romance through the mud of interpersonal despair, Chasing Amy ravages it by defeating the ego-driven savior complex. Ben Affleck’s Holden is a romantic fool whose idealism is only trumped by his notions of manhood. He’s the classic hero tantalized by the “other,” Alyssa, and each step is informed by his own selfish macho dream rather than a taste of reality. His love is imposing, possessive, and terribly problematic. It drives him into increasingly insulting behavior to his partner that not even humiliating defeat can cure.

While films like Woolf or American Beauty allow the viewer to shrug off romantic danger because of overtly dramatic scenarios, Blue Valentine brings the pain through oppressive reality. Dean (Ryan Gosling) and Cindy (Michelle Williams) don’t lead a remarkable life, and though they hold beautiful memories of a realistically romantic past and jointly adore their young daughter, real life has made them bitter shells of their young, idealistic selves. Their love has turned to hate.