Reality TV show about failing bars is a study of human foibles. 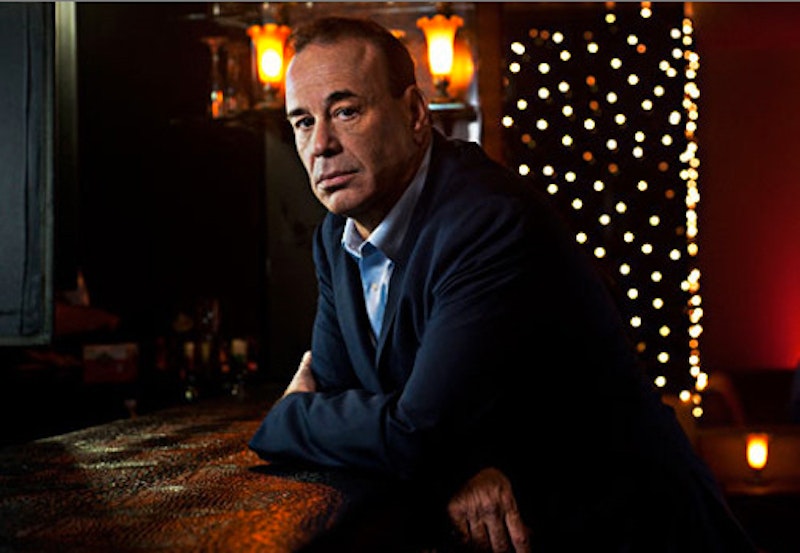 When Jon Taffer, star of Spike TV’s reality series, Bar Rescue, walks into your failing bar for the first time, he's spoiling for a fight. The physically imposing bar consultant has only five days to turn your dump around—that's the premise of the show—and he's not interested in social niceties. When you’re desperate enough to call Taffer, prepare to pay an emotional price to stay out of hock. Your lame excuses mean nothing to him, but he’ll certainly notice your on-the-job boozing and general laziness.

Watching Taffer rehabilitate a bar business that's $600,000 in debt and losing $6,000 per month (these are the standard figures on the show) resembles nothing more than a fully-grown adult using tough love to deal with misbehaving children. A bar owner silly enough to tell Taffer they’re doing the best they can may hear (as one did) in return, “You’re a loser and this is the palace of a loser wimp.” Or, “This is the Antichrist of female bars,” my all-time favorite Tafferism. He didn't travel to your town to hold your hand.

Taffer only wants to fix the worst joints, and starts by installing cameras everywhere. When he charges through the front door of a dump after watching the events his cameras caught, the show’s on. He gives the owners and staff the bootcamp treatment before he’ll help them, and that means hurting some feelings. Taffer might tell a bartender he's a “piece of shit,” or he may insist the owner fire that bartender to prove they're serious about turning the business around. His methods are not subtle, but he's working on a deadline.

Taffer wants you to believe he's furious when he sees dead mice in your fryer or a drain that smells like a sewer, and when he puts on his “crazy face” he's pretty convincing, but it's mostly an act. He's a professional, and he’s manipulating people who’ve been told “yes” over and over while they've maxed out credit cards, drained bank accounts, and borrowed from mom. Fear can be a great motivational tactic, and Taffer’s a master. He knows exactly the right buttons to push.

The shenanigans in these bars are part of the viewer’s fun. There was the St. Louis bar where the all-female staff was constantly flashing their breasts (the “Antichrist” bar), and the timid owner couldn't control them. Taffer made her fire the most blatant flasher on the night he arrived, lectured the other exhibitionist bartenders, and things got better. And then there was the Tempe, Arizona bar where they filled up a kiddie pool with spaghetti and had bikini-clad women wrestle in it for entertainment. Maybe a few bikers dug it, but it wasn’t paying the rent.

Taffer’s eventually able to break down most of the bar owners, but occasionally he comes up against a recalcitrant, childless one who resists the costly bar makeover and free business consulting Bar Rescue will provide. Dave Franich, owner of a California punk rock bar, was one of these stubborn types. “Go back to the airport and fly the fuck out of here,” he told the guy who was there to help him out pro bono, because he didn't think Jon was getting his pocket-draining punk rock ethos. Taffer hung in there with the punk rocker a little longer, but he eventually gave up and got on the plane. Some people can't be helped.

Taffer often looks like he wants people to swing at him on the show, but he says he's never hit anyone, or been hit, in his life. He did get into a physical altercation on one show, however, when the owner called an associate “fat” several times. They ended up hugging it out.

There's been the inevitable backlash against someone a few delicate types see as a bully. They nit-pick on Taffer’s knowledge of spirits, but they're missing the point. You can't save a business and put people on their feet again by knowing what the hippest cocktail is. Some people have character flaws and will only respond to the harshest methods. Taffer is able to identify these people and help them in life-altering ways that cocktail nerds can’t. Bar Rescue is only a show about bars on the surface. It's actually about psychology, focusing on human foibles such as dishonesty, denial, and self-indulgence. Jon Taffer's got a big mouth, but also a big heart.