A cure for our disease. 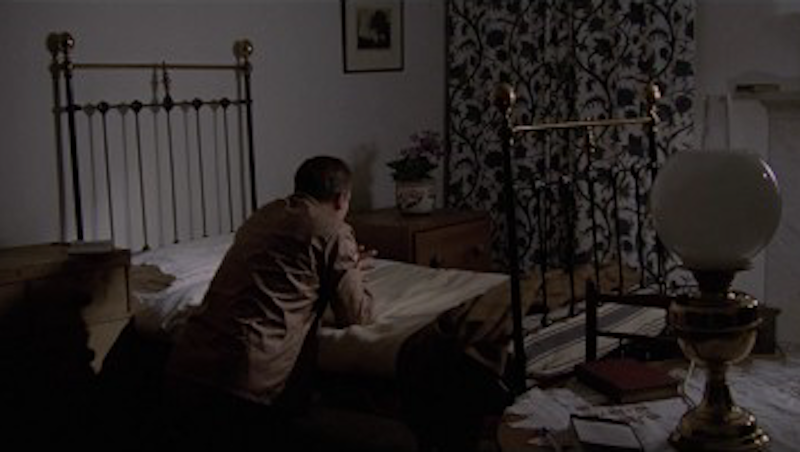 There’s a film I’d recommend to anyone: The Wicker Man. It stars Christopher Lee, Edward Woodward and Britt Ekland. It was written by Anthony Shaffer and directed by Robin Hardy and released in 1973, to no great acclaim. Ostensibly it’s a horror movie, and there are some genuinely scary bits in it: but it’s much more than this.

The film has grown in reputation over the years, to the point where you could justifiably call it a cult movie now, and there are two versions available: the original 1973 theatrical release, and a later 95-minute version known as the Director’s Cut. The Directors Cut is notable in that it’s nearly a musical. People are breaking into song all over the place, and the score—composed, arranged and recorded by Paul Giovanni—is an inherent component of the film’s uncanny atmosphere. The plot’s compelling. A Christian police officer from the mainland is investigating the death of a child on a remote Scottish island, which, he soon discovers, has reverted to the worship of the old pre-Christian gods. This allows the film makers to explore the nature of those pre-Christian religions in a way which is both arresting and, at times, moving.

All of the practices shown in the film were meticulously researched by the writer, based on James Frazer’s The Golden Bough, the definitive study of pre-Christian religious beliefs. There’s one particular scene in the Director’s Cut, but not in the theatrical version, which stands out as emblematic both of the film and of the ideas that it’s exploring. It’s a complex scene in which a number of things happen all at once. It takes place at night. Christopher Lee, as Lord Summerisle, brings a young man to Britt Ekland’s initiatory embrace, while Edward Woodward, as the Christian copper, is praying by his bedside next door. The atmosphere is sultry, sensual, and we can feel Woodward’s frustration, knowing what’s happening on the other side of the wall. Meanwhile, downstairs in the pub, the company are singing an erotic ballad called “Gently Johnny,” with suggestive words, and at a certain point Christopher Lee begins to quote parts of I Think I Could Turn And Live With Animals by Walt Whitman, while we see cutaways of two snails in slimy, lubricated, sexual embrace:

I think I could turn and live with animals,

they are so placid and self-contain'd...

They do not lie awake in the dark and weep for their sins,

They do not make me sick discussing their duty to God...

Not one kneels to another, nor to his kind that lived

thousands of years ago,

Not one is respectable or unhappy over the whole earth.

He spits out the word “respectable” with a kind of dismissive snarl. By now we already know that the kind of society that’s depicted here is one far removed from the world we live in today. It’s mysterious and haunting. The whole scene has a peculiar kind of intimacy that suggests some inner connection between all the creatures here, human, animal and divine. Only Edward Woodward is the outsider.

There’s one line that sums it all up. As Lord Summerisle introduces the young man to Britt Ekland’s character he says, calling quietly up to her window, “Another sacrifice for Aphrodite, Willow.”

“You flatter me your Lordship,” she replies: “Surely you mean to Aphrodite.”

“I make no such distinction,” he says: “You are the goddess of love in human form and I am merely your humble acolyte.”

That’s the line: “I make no such distinction.”

Willow McGregor isn’t just the representative of Aphrodite, a priestess, a go-between, as priests are in Christianity: she is Aphrodite. In this moment of ritual engagement, at least, priestess and goddess are one and the same.

This is a core belief of paganism: the idea that the human and the divine can co-exist within a human individual. Human beings can channel the gods. They can become the gods; they’re the gods on some level. Aphrodite is the goddess of love, and, in this scene, she’s also Willow McGregor. In Christianity God is only represented by one human being on this planet, God’s only son, Jesus Christ. In paganism this phenomenon is repeated many times, and many people can come to represent the many gods, or forces of nature, that exist upon the Earth. Lord Summerisle makes no distinction because no such distinction exists.

This reminds us of another related world view, that of pantheism.

According to the online Merriam-Webster dictionary pantheism is “a doctrine that equates God with the forces and laws of the universe.” According to Wikipedia it “is the belief that all of reality is identical with divinity or that everything composes an all-encompassing, immanent god.” The term itself is fairly modern, constructed from the Greek words for All (pan) and God (theos) and dates from the 17th century. It’s the belief that God is All, that there’s no thing that isn’t God. However the idea is anything but modern, and could well be the core understanding underlying many (if not most) of the pre-Christian, pre-Abrahamic belief-systems.

It puts us, the human race, at the center of the drama. We too are a part of God, but while we seem happy to worship divine abstraction, we’ve lost our connection to the world itself. There’s some argument to say that it is our separation from nature and the world around us that’s led us to our current world economic and spiritual crisis. We see nature as something outside of us, whose purpose is merely functional: something we exploit and shape for our own ends.

In Christian belief, human beings are fundamentally sinful. We’re separated from God by an act of disobedience, by eating of the Tree of the Knowledge of Good and Evil. For this Original Sin we were cast out of the Garden of Eden. Perhaps this could be understood to mean that we’re cast out from nature. It’s this objectification of nature—treating nature as an object outside of us, rather than a continuity of being, of which we are a part—that explains our modern malaise: our sickness and the sickness we’ve brought to the world.

We don’t know how early humans thought or how they perceived the world. When we look back we tend to project our own feelings on to them. Use of psychedelic medicine may help us to bridge that gap. The sense of something inherently alive in every moment, in every space, something immanent and present in the very fabric of existence, which characterizes the best of psychedelic use, may be a helpful tool for our understanding of our place in the world.

Maybe this explains why the psychedelics are looked upon with such horror by the dominant culture: why a perfectly natural fungus such as the Psilocybin mushroom, which has never killed anyone, and was rated as the least harmful drug in the UK’s drug harm index, is nevertheless placed alongside heroin and crack cocaine in its legal status: not because it’s a threat to the person who takes them, but because it’s a threat to the objectifying disease that inhabits us all, the cultural meme that says the world is dead and that we’re the only conscious, living beings within it.

A church is a building which encloses us. Nature is outside. Only by stepping outside, not only from buildings, but ourselves, into the nature from which we were wrought, can we find our true humanity, and bring life, and health, back into the world.