Céline Sciamma’s Petite Maman is a wistful film with enough grace to carry it through. 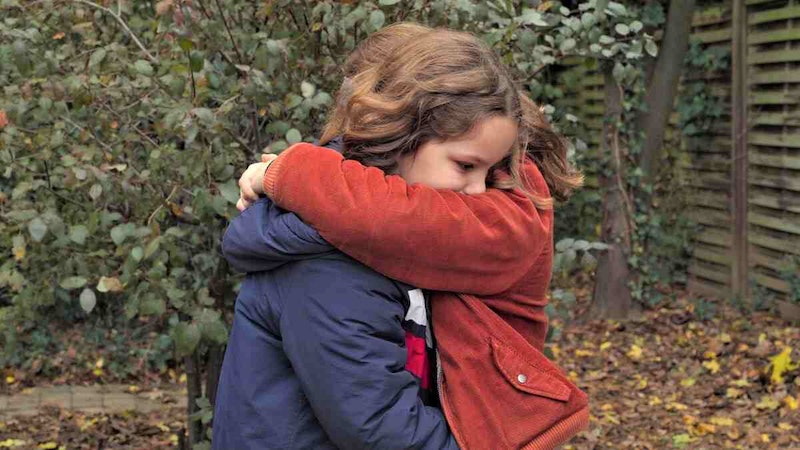 Just over two years ago, Céline Sciamma won the hearts of a new generation with her Portrait of a Lady on Fire, a lesbian romance in 16th-century France that hit a lot of people right between the eyes and likely made them lifelong fans—hopefully they remembered Sciamma’s name. Not that she’s an obscure newcomer, but Water Lillies and Tomboy both came out over a decade ago, and I hope that Portrait of a Lady on Fire’s pandemic-abbreviated American run didn’t keep Sciamma’s name from sinking into the heads of young moviegoers. I’m surprised that her latest, Petite Maman, has received so little promotion, attention, and word of mouth compared to Portrait of a Lady on Fire, which was already coronated by people across the world before it came to Baltimore in February 2020. Like I wrote at the time, it’s an accomplished and undeniable film, but one I simply couldn’t connect to. It’s not an unusual feeling, like hearing someone’s dream and desperately trying to care.

I look forward to the American remake of Petite Maman—Lil Mama?—if anyone takes up Sciamma’s story; a nice one, and fit for revision and reinterpretation. Shot post-pandemic and pre-vaccine, in late-2020, the movie’s cast and structured in a way that will become increasingly familiar and wearying in the next couple of years. Relatively small casts, simple locations, “small” stories. Petite Maman is a more intimate and brief film—only 72 minutes—than Portrait, but it’s just as epic and intense as that tragic love story. Here, we have a happy ending and a calm, quiet, but never eerie atmosphere for scenes that could easily be incredibly scary. Dying grandmothers, mentally ill mothers, young daughters wandering alone through the woods in France?

Yet Petite Maman is a pleasant fable anchored by sisters Joséphine Sanz (Nelly) and Gabrielle Sanz (Marion). Nelly goes out wandering one afternoon and finds her mother’s old thatched hut, and after walking through it, meets another young girl (Marion) that looks a lot like her. Nelly’s time-traveled, and after playing with her future mother and confirming her suspicions by visiting their house as it was a decade ago, Nelly tells Marion, and breaks the news that her mother—Nelly’s grandmother—will die when Marion’s only 31. “That’s old,” young Marion says. “Not really,” Nelly says, already familiar with her mother Marion’s mood swings and depressive episodes. Nelly asks her future mother if she gets sad because of her.

Sciamma’s film has such a great premise, but for a movie under 81 minutes, it drags and drags and drags. Like Portrait of a Lady on Fire, I found it slow and lifeless at times, lacking a pulse that could’ve come from music, a score, or any kind of compelling sound design. But Sciamma keeps her film quiet, until a poppy song towards the end when Nelly and Marion are playing. There’s a deadness to the movie that prevents it from ever really moving, and although its sunny, graceful handling of otherwise grim material is impressive, it didn’t hit me where it matters: right between the eyes. It’s the kind of quiet, wistful movie about cherishing family while they’re still here, the kind of movie that was made and written hundreds and hundreds of times in the last couple of years. Petite Maman has a phenomenal closing two minutes, but before that, I was flat-lining. When that’s the case, formal and technical achievements only go so far.