The Unforgivable has some interesting ideas, but ultimately it's just another mediocre thriller. C- 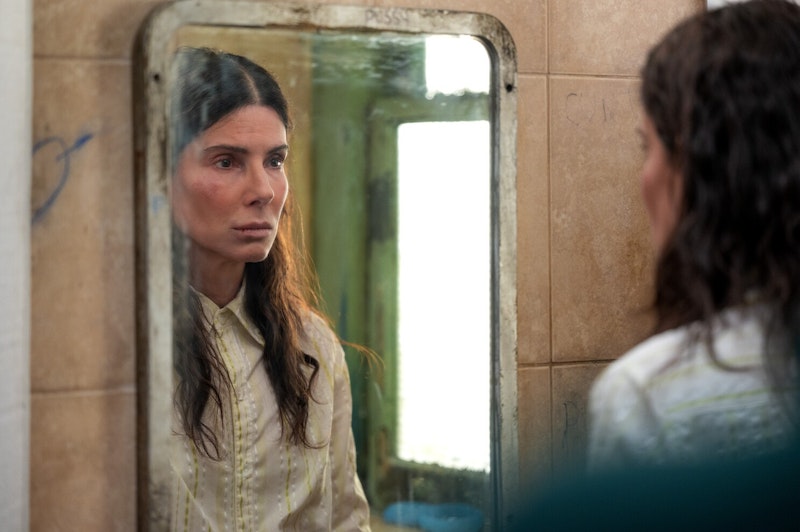 The Unforgivable is a drama that traffics in some interesting ideas about crime, forgiveness and rehabilitation, before ultimately collapsing into another mediocre thriller. It also has what may be the year's worst plot twist.

The film, directed by Nora Fingscheidt, is in theaters this week before it hits Netflix on Netflix on December 10. It's a return to that streaming service for star Sandra Bullock, whose 2018 thriller Bird Box—even though it was forgettable—is one of the most popular Netflix movies in history.

Bullock plays a woman named Ruth, just released from prison after 20 years. The story is that Ruth, who had custody of her much younger sister, was visited by a local sheriff on the way to evict them from their rural Washington home. After the standoff, she shot and killed him.

She was let out of prison early for "good behavior"—odd, for a convicted cop killer—and has returned to her hometown, hoping for a reunion with her sister. But many in town aren't happy to see her, including the sons of the deceased sheriff and the adoptive parents of the sister. That sister, now about 25 and a classical pianist, doesn’t remember anything about the murder or her sister.

Bullock later tracks down a lawyer (Vincent D'Onofrio) who lives in her old house, along with his wife (an overqualified Viola Davis). It's not often you'll see a pair of Oscar winners play a scene together that's as stupid as Bullock and Davis' big scene together.

This premise, of a convicted murderer suddenly out of prison and returning to a hometown that doesn't want them, was also the plot of Rectify, an AMC series from a few years ago, which handled just about every aspect of the scenario in a more compelling way. The Unforgivable is an adaptation of a British mini-series called Unforgiven.

The Unforgivable is unremarkably shot, and not well-acted, despite the accomplishments of the cast. But it gets much worse in the third act, with the plot.

twist that undermines everything that the movie had been about up until that point. It doesn't help that a film that had appeared as an earnest meditation on rehabilitation and the limits of forgiveness so quickly collapses into just another mediocre thriller.

Near the end, the film whips out a slow piano cover of Radiohead's "Everything in Its Right Place." It gets credit, I guess, for putting it in the movie itself instead of the trailer, but it sounds like the film is trying to sneak in a backdoor instrumental score by Jonny Greenwood, the Radiohead guitarist who has scored three different prestige movies this year.