Exploring the boundaries of cinema with Andrei Tarkovsky. 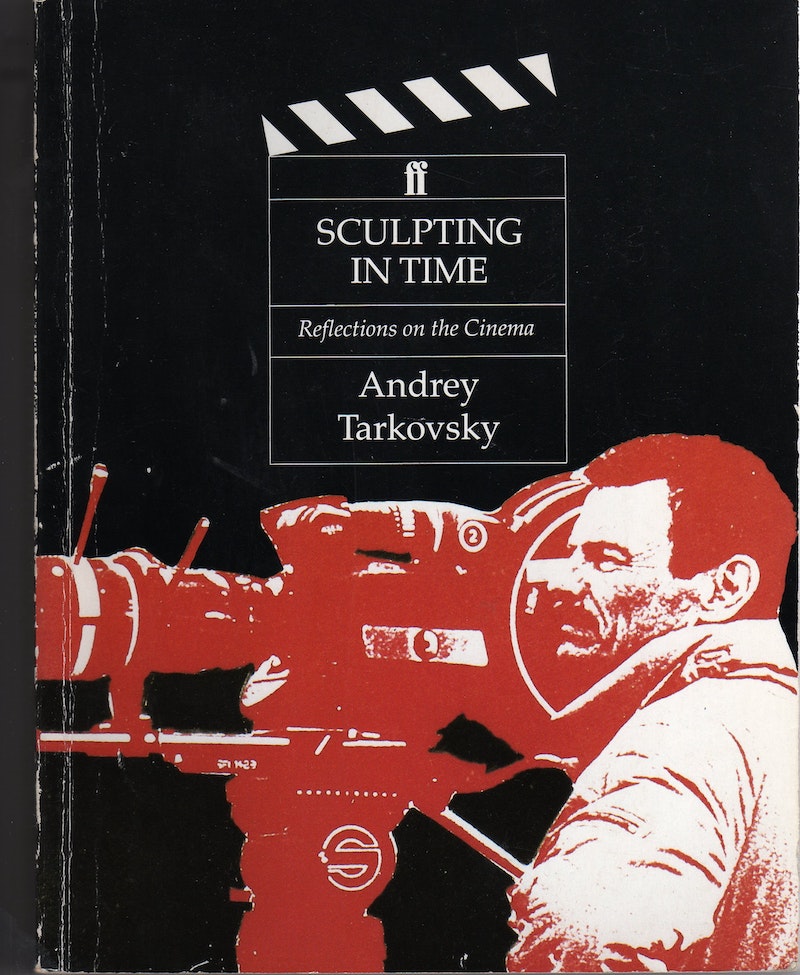 As a moviegoer, I’ve had numerous experiences that were great disappointments. What bothers me the most is when I detect a cloud of self-indulgence on the director’s part. A film is presumably made so that someone will watch and react to it. An artist has a particular vision that rests outside of popular opinion, yet at the same time, he can’t be creating while divorced from the external world. An artist has a great responsibility because of his vocation, assuming he takes his craft seriously.

In his book, Sculpting in Time, the great Russian film director, Andrei Tarkovsky, explores the relationship between an audience and the artist. Because an artist has both aesthetical and ethical responsibility, he’s never truly free. In fact, Tarkovsky is confused by “an artist’s so-called ‘freedom’ or ‘lack of freedom’. An artist is never free. No group of people lacks freedom more. An artist is bound by his gift, his vocation.”

Tarkovsky implies that there’s something far larger than an artist himself, which he can’t evade if he accepts the task of creation completely. In Tarkovsky’s eyes, someone who doesn’t consider filmmaking a vocation isn’t worthy of being called an artist. It takes great sacrifice to create, to step away from narcissism, and it doesn’t involve exhibiting a can of artist’s shit in the gallery, or showing on a loop a video in which a woman makes herself vomit. That’s not art. That’s bulimia.

When John Cassavetes made a choice to become an actor and a filmmaker, he the sought advice of his parents, who accepted his decision. However, his father warned him: if you want to be an artist, the path will be hard. You have to make sacrifices and accept hardships for they will inevitably come.

The important relationship between an artist and audience brings up a question of art itself. What is art if the artist is often plagued by doubts as he imagines his audience? “Art is by nature aristocratic, and naturally selective in its effect on the audience.” writes Tarkovsky. But this particular essence or nature of art “does not in any way absolve the artist of his responsibility to his public and even, if you like, more broadly, to people in general. On the contrary: because of his special awareness of his time and of the world in which he lives, the artist becomes the voice of those who cannot formulate or express their view of reality.”

This sentiment is echoed by Werner Herzog. In Les Blank’s documentary, The Burden of Dreams, Herzog stated that he’s not necessarily creating anything new. Rather, he’s “articulating” life for those who can’t reach that sphere of life. He “shows” them the moving images of their dreams that have been forgotten, that must be remembered for the sake of the soul. The soul “remembers” on a metaphysical level, and our self-created distractions choose to ignore the remembrance. Tarkovsky writes, “The contact between film director and audience is unique” because “the viewer feels a need for such vicarious experience in order to make up in part for what he himself has lost or missed; he pursues it in a kind of ‘search for lost time’. And how human this newly gained experience will be depends only on the author. A grave responsibility!”

Tarkovsky’s implying that a film director is entrusted with not only the viewer’s mind, but more importantly, his soul. Yet there’s no moralism in Tarkovsky’s position. He’s not interested in saving your soul but the possibility of some kind of openness into the unknown. His films and therefore, his position, challenges a human being to accept his humanity, and to reject the label of ideology that creates great impositions on the development of life. But what’s most obvious is that Tarkovsky’s vocation isn’t merely aesthetical but also ethical. If he’s to be a guide (much like the character of Stalker) for us, then he has to to enter into the journey with us, and not be a mere bystander who watches for the ways to trick the viewer. It means that Tarkovsky is in some partial way acting as Janus, a god of transitions. He observes and participates at the same time in the great unfolding of truth and beauty, as well as personhood. It’s the act of humanization that elevates Tarkovsky as the filmmaker into wonderous heights.

Thoughts of personal freedom that many writers and filmmakers talk about are non-existent for Tarkovsky. “In order to be free you have to be so, without asking permission of anybody… but that sort of freedom demands powerful inner resources, a high degree of self-awareness, a consciousness of your responsibility to yourself and therefore to other people.” We often don’t really know how to be free but an artist has a bigger challenge before him. He needs to ask himself whether he’s willing to go into the Room that Stalker has led him to, or if he will continue to revel in his own inauthenticity, cowardice, and ultimately, mediocrity. The choice is not only aesthetical but mostly moral and spiritual.