The director adds nothing to the mix. 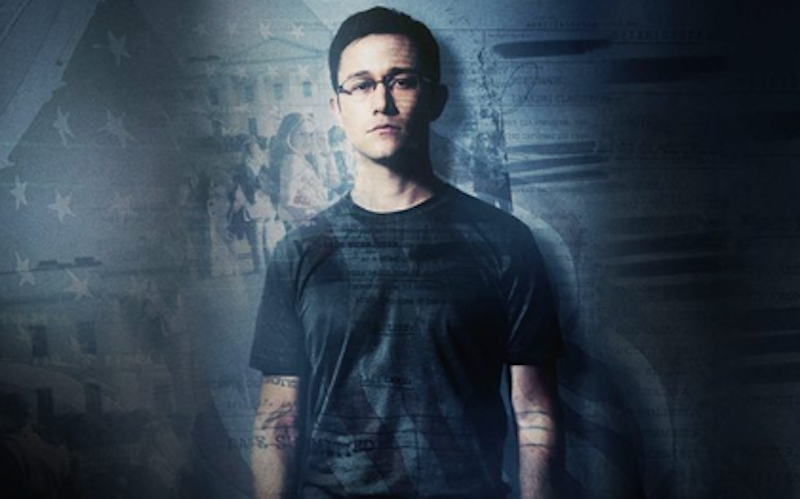 Oliver Stone used to make movies that not only tackled their subject matter, but also drove the conversation about it. JFK, from 1991, may have been a factual horror show, but it was a brilliantly crafted movie that furthered the debate about the Kennedy assassination. Ditto for 1995’s Nixon, when it came to Nixon’s legacy.

That’s not been the case for Stone’s more recent work, even when well done. World Trade Center (2006), while an outstanding film, is far from the defining 9/11 movie (if there is one, it’s Paul Greengrass’ United 93.)

Wall Street: Money Never Sleeps was enjoyable at times, but lacked any major reason to exist, and had precisely nothing new to say about greed, capitalism or the financial crisis—The Big Short ended up accomplishing most of what it set out to do. And W, Stone's 2008 George W. Bush biopic, reached the conclusion—that Bush was a mediocrity driven by daddy issues—that was already common currency.

Snowden, Stone’s new film about the famed NSA leaker that stars Joseph Gordon-Levitt, falls into the same trap as W. It’s a reasonably entertaining movie, driven by a strong lead performance, but burdened by a screenplay that’s just about entirely consistent with the conventional understanding of its subject and doesn’t add anything substantial.

Stone’s version of Snowden has one major strike against it right away: The story of Edward Snowden was already told on film, only two years ago, in the Oscar-winning documentary Citizenfour. Directed by Snowden’s filmmaking accomplice Laura Poitras, this astonishing documentary was the actual primary source of the Snowden story—Poitras filmed the events as they happened, in that Hong Kong hotel room. Citizenfour was a breathtaking achievement, even if you’re skeptical of Snowden himself (I’m relatively agnostic), or of his journalistic associate Glenn Greenwald (I’m not a fan).

The Stone version uses the Hong Kong meeting as a framing device, but spends most of its running time going back through Snowden’s life, from his aborted military career to his various postings with the CIA and later as an NSA-affiliated private contractor. Throughout the film Snowden, who starts off as a pro-Bush Republican, becomes more and more skeptical of the surveillance tactics he’s made aware of, until he ultimately decides to expose all of them.

The film’s main focus is Snowden's relationship with girlfriend Lindsay Mills (Shailene Woodley), and the movie repeats the same scene six or seven times: Snowden is upset about something he discovers about surveillance programs, he and his girlfriend have a fight but he won’t say why, and eventually they make up. This gets tiresome very quickly.

Much better are the scenes in which Snowden is caught between his two mentors in the CIA, with Rhys Ifans as the severe one and Nicolas Cage playing the more kindly skeptic, who’s been banished to a basement office for questioning his superiors—sort of as a one-man rebuke to those who say Snowden should have gone through official channels. Ifans is especially fearsome, especially in a great scene in which he lectures Snowden from a giant video screen, while Cage’s performance offers the tantalizing possibility that maybe he can resurrect his career as a quirky, gravitas-bearing character actor.

Gordon-Levitt, as Snowden, has the look, voice and mannerisms down pat, and is believable in the role. This isn’t Woodley’s best role, but she brings life to someone who’s been known mostly to the public as the cute girlfriend in the tabloid pictures. As for the actors playing Greenwald, Poitras and Ewen MacAskill (Zachary Quinto, Melissa Leo and Tom Wilkinson, respectively), they’re given little to do except act out scenes that were already in the documentary.

As for the overall worldview of the film? Stone’s late to the party. There’s not a lot to add since the events happened. The film, based on a pair of pro-Snowden books, including one by his mysterious Russian biographer, has a pretty clear point of view, and left-of-Obama types will be glad that the current president isn’t let off the hook.

But the flair that Stone brought to his early work is all but absent in Snowden. A PSA recorded by the director in which he states at length that cell phones will be the ruin of us—before telling the audience they should turn theirs off—is wittier than anything in the actual film.

Bridget Jones’s Diary seems like one of those relics of early-aughts popular culture—like Sex and the City, but from even longer ago. Now there’s a third film in the series, the first in 12 years, with Hugh Grant absent and Renée Zellweger not having starred in a movie in a long time.

So it’s a surprise that Bridget Jones’s Baby is somewhat decent. It’s got the same smart character work and commitment to slapstick as the previous films, while believably adapting the characters to older ages and the passage of time.

The Bridget Jones character started in the 1990s as a serialized character created by British newspaper journalist Helen Fielding, later adapted into novels and then movies. The first two films were about “singleton” Bridget Jones and her love triangle with suitors played by Hugh Grant and Colin Firth, as she regularly suffered pratfalls and other indignities.

The new film is directed by Sharon Maguire, who did the first movie 14 years ago and only one other since. Bridget is now 43 and working as a TV producer, with most of her friends from the previous movies married off and with kids. Grant’s character is dead, but he’s replaced in the triangle by Patrick Dempsey, who plays the American founder of an eHarmony-style dating algorithm.

The film’s title gives away what happens next; Bridget is pregnant but unsure which of the two suitors is the father, thus putting Firth in the exact same situation as his character in Mamma Mia.

The film fills its two-hour running time with plenty of humor, including the usual pratfalls and public humiliation jokes; my favorite part was a sequence at a music festival, attended by Bridget and her scene-stealing news anchor pal (Sarah Solemani); I’m all for a spinoff about her character.

The outcome of the triangle shouldn’t come as much of a surprise, considering we’re at the point where movies automatically treat tech moguls with grave suspicion. Meanwhile, Firth’s lawyer character has as his clients a Pussy Riot-style dissident punk group, in what’s by far the movie’s best joke. As for the all the ink spilled over the actress’ supposed plastic surgery misadventures, I can say that Zellweger looks fine—like you’d expect a slighter older version of Bridget Jones to look. (Colin Firth, on the other hand, looks like he’s aged about 25 years since the first movie.)

The bar is very low, I realize, but Bridget Jones’s Baby is one of the better sequels of 2016.