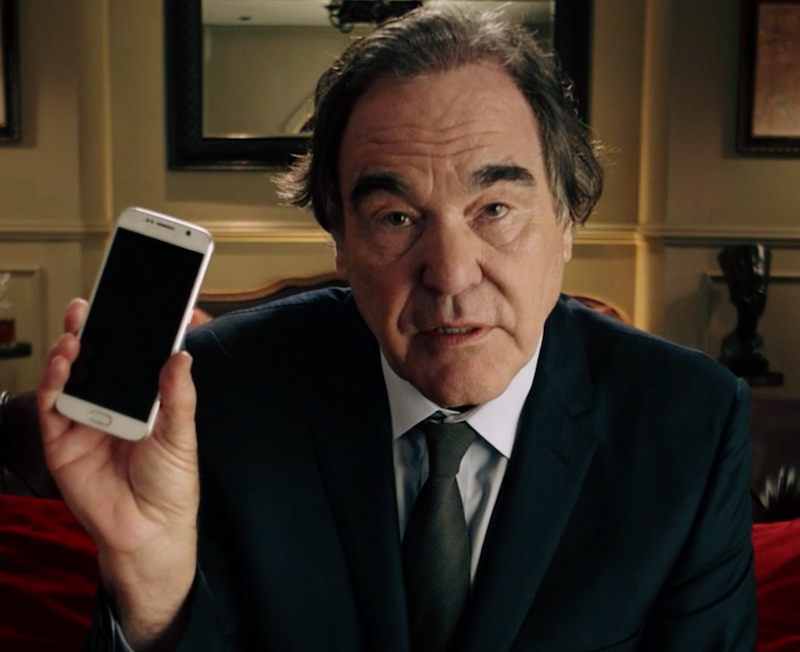 Where has Oliver Stone been? After making a movie every two or three years for his entire career, he’s been spotty during the Obama years, releasing an unnecessary sequel to Wall Street, the forgettable Savages, and a couple of documentaries that no one saw. His last great film was W., a movie I revisited recently. Even with a rushed production, he managed to capture the dazed, amnesiac psyche of the country in the fall of 2008, hit with one last great catastrophe courtesy of Bush, deft shoe- and draft-dodger. It distilled the mood of the country in the aftermath of Bush that you wouldn’t get from watching the news or reading newspapers in real time. But his latest, Snowden, is as useless 2006’s World Trade Center, though not nearly as execrable. Making a 9/11 movie only five years after the fact was pointless: just like United 93, released only four months prior in 2006, there was nothing that the audience didn’t know or hadn’t seen. The details of the attacks were already burned into the brains of everyone going to see these movies. In 20 years, it’ll make sense, and it’s going to suck: it’s not surprising people that carry on with that offensive “jet fuel can’t melt steel beams” conspiracy weren’t alive on 9/11 or are too young to remember it.

So why make a biopic about Edward Snowden only three years after his surveillance leak? This one I get: in all the coverage and scrum surrounding Snowden since 2013, whatever led him to risk his life as a whistleblower was lost. So Stone’s familiar structure of flipping between flashbacks and a scene set in the present works, but the most compelling stuff is confined to that hotel room in Hong Kong where Snowden first made contact with Glenn Greenwald and Laura Poitras. Seeing bits and pieces of the decade that led him to voluntary exile is illuminating, but the film is too rushed and compressed, especially when it comes to Snowden’s shifting political beliefs. In the mid-aughts, he walks through an anti-Bush protest barely able to hide his contempt, and when Obama gets elected, he’s not exactly thrilled, although by then the extent of the government’s surveillance programs was just beginning to bloom for Snowden. I was expecting a disaster with Joseph Gordon-Levitt playing Snowden, something like Ashton Kutcher’s hilarious attempt at Steve Jobs. But he does a decent job, even if the silly and forced very-low-speaking-voice takes a bit of getting used to, a little too reminiscent of Christian Bale’s Batman. But for whatever reason, the real Snowden replaces Gordon-Levitt at the end of the movie in a jarring cameo that only reinforces the criticism of the guy as a star-fucking fame whore.

As Stephen Silver wrote here last Friday, there’s no question that Stone’s Snowden would’ve been more meaningful if Laura Poitras’ Citizenfour didn’t come first, as Stone aggressively suggested two and a half years ago: “In the spring of 2014, Stone flew to Berlin and met with Poitras. The meeting did not go well. According to Poitras, Stone proposed that she delay the release of ‘Citizenfour,’ which she was then in the middle of editing, to time up with his film. ‘Because his film would be the real movie—because it’s a Hollywood movie,’ Poitras told me. ‘Obviously I wasn’t interested in doing that. To have another filmmaker ask me to delay the release of my film was—well, it was somewhat insulting.’ […] Stone was growing increasingly frustrated. ‘At some point, he reached over and had his hands around my neck,’ Poitras said. ‘It was sort of in a joking way. I think he was a little bit drunk. But it was not a particularly pleasant evening.’”

Big surprise, Stone is an asshole. No wonder he was so pissed—Poitras beat him to the punch. Snowden is useless when we have Poitras’ documentary, a much more disturbing and direct piece of work that made me throw my phone in the garbage. Stone doesn’t even include the documentary’s most bone-chilling moment: Greenwald, Poitras, and Snowden are talking in the hotel room when the power cuts out on the whole floor. Snowden is just Citizenfour with prettier people, Dutch angles, and corny character sketches.