The Witch in the Maryland Woods 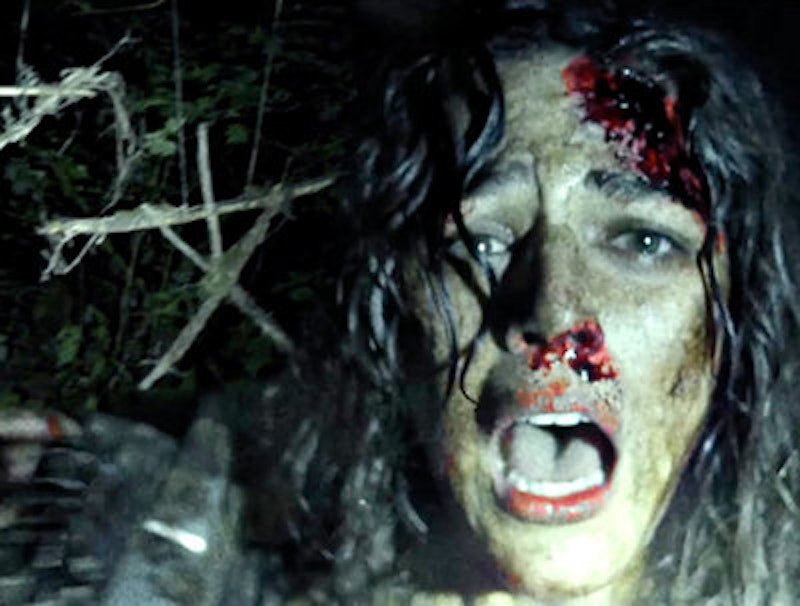 Watching a horror movie, like life, is all about expectation management. Last weekend, after sea glass hunting and stopping by McDonald’s with my 13-year-old, we saw Blair Witch playing at the small-town movie theater. “I really wanna see that!” she said, and on whim, after Google told us it started 10 minutes later (and a run into the dollar store for one of the last four pairs of end-of-season flip flops since my surf shoes were drenched), we sat down with popcorn, candy and water, ready to kill the last few hours of a Sunday afternoon.

She’d seen the 1999 original movie on cable, and I’d experienced the first movie while living in Frederick County, Maryland, not far from Burkittsville, the setting of the film. I remember the hype and hysteria around The Blair Witch Project, which brought much unexpected tourism to the town and county, as people searched for clues about the allegedly missing film students, whom no one understood weren’t real at the time. I remember a woman selling handmade twig stick figures in the town and making a lot of money. The “found footage” format was the first of its kind and the film became one of the most successful indie movies of all time, launching many other movies made in the same style.

I didn’t have high hopes for this movie. I assumed bad acting, lame plot and terrible writing up front and that way I wouldn’t be disappointed. I was just in for the hot popcorn and a nice afternoon with my kid. One thing that surprised me, after the incredibly boring first half hour of the movie, was how scary it actually got. The filmmakers did a pretty decent job of recreating the handheld simplicity from the first film. In reality, if people want to experience a terrifying tale of being alone and scared in the woods, they should read Stephen King’s The Girl Who Loved Tom Gordon, but this new Blair Witch does offer quite a few pretty scary moments of its own.

Is it predictable? Of course. The basis premise is that the original Blair Witch project filmmaker never-found Heather’s little brother James, age four when his big sis disappeared, has seen a YouTube video he thinks proves his sister is still alive, so he’s going to take some college friends to the haunted forest to go look for her. The YouTube somethingorother666 guy and his girlfriend go with, and seriously, would it even be a spoiler to say they get lost and things go bump in the scary woods? The only laughable moment for me (besides a few of the bad-acting moments) was the twig-figures hanging from the trees. Somehow they were funny instead of scary.

My biggest complaint about the movie is that I don’t think it pays enough homage to the original. No flashbacks of Heather and company and their original footage. No accidental discovery of something they left behind, warm childhood tie-ins of her now-brother to growing up with big sis providing clues to her obsession with the original Blair Witch research, etc. It was like the first one hadn’t even happened and after all the hype, I’d think the directors/writers would’ve worshipped at the cult altar a little harder.

The haunted-house sequence in the end I thought was genuine, old-school scary. My daughter and I were clutching each other, scared to death during several sequences. There are things in the movie that will trigger “phobia” fear in many besides just the classic “dark woods”: tunnel/claustrophobia, and oh-my-holy-mother-of-all-water-pollution, the phobia of whatever the hell that thing is growing out of that girl’s leg. No spoilers here but if you don’t like infected things, this movie is not for you.