On Author: The JT Leroy Story and The Beatles: Eight Days a Week - The Touring Years. 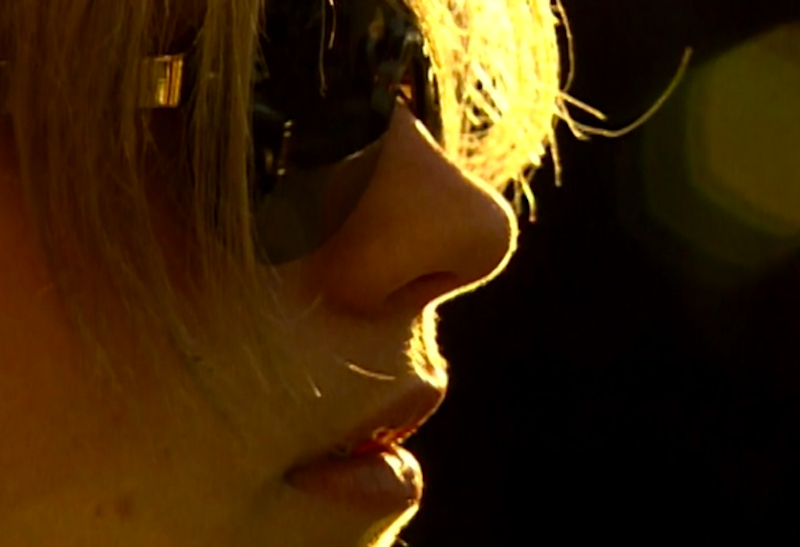 The story of JT Leroy was one of those weird stories that I heard when I first moved to New York that fell into the category of, “Oh, that’s one of those things that happens in the city that I just don’t understand.”

Leroy was a young author, of ambiguous gender, who had written supposedly autobiographical novels about growing up as a truck stop prostitute in the South. Leroy kept putting out books, and was often mentioned in the New York tabloid gossip pages as having befriended various hip celebrities, like Gus Van Sant, Winona Ryder, and Michael Pitt. There would even be local literary readings of Leroy’s work, that Leroy in most cases wouldn’t show up for, with the likes of Ryder or Billy Corgan reading in her place.

Before long, the tale unraveled: It turned out J.T. Leroy was a hoax, that Laura Albert, who was always introduced as Leroy’s sidekick “Speedie,” was the actual author, and that the person presented in public as Leroy, always in a wig and sunglasses, was Albert’s sister-in-law, Savannah Knoop. Lawsuits followed, as did a memoir by Knoop.

Now, we get Laura Albert’s side of the whole story, in a new documentary called Author: The JT Leroy Story. It’s a sordid tale, and Albert is not an especially sympathetic or reliable narrator. But the film is hugely entertaining, and essential to anyone who followed the Leroy saga from the beginning.

Director Jeff Feuerzeig takes us through the whole story: Albert’s history of suffering sexual abuse, body image issues and other things that led to her use of shifting identities. She created the Leroy persona as a therapy exercise and started writing at her therapist’s suggestion; the Hollywood connections picked up once famous people discovered Leroy’s writing. And they were fruitful—one Leroy novel, The Heart Is Deceitful Above All Things, was made into a movie in 2004, and Leroy was the credited screenwriter of Elephant, Van Sant’s Cannes-winning 2003 film about the Columbine massacre.

The most fascinating aspect of the film is that it appears that Albert taped every phone conversation she had as Leroy, including various ones with celebrities. The highlights? Billy Corgan referring to himself as “The Corganator,” and Courtney Love actually pausing the conversation to do a line of cocaine. The celebrities seemed to have varying degrees of knowledge about Leroy’s true identity.

It’s a really compelling story, with a subject who we may not like, but who is undoubtedly intriguing. A lot of what Albert says is gobbledygook, but it nevertheless sheds some light on why she did what she did.

The film’s biggest weakness, though, is that we don’t hear a lot from anyone else. Knoop appears briefly, but we don’t here much from anyone else associated with the conspiracy, or from any of the celebrities or literary world figures who were duped by the hoax.

I had a chance to speak with Feuerzeig, the director, about the film, and he said that he was attracted to the subject, despite never having heard of Leroy before, because “It deals with the intersection of madness and creativity.” He added that all of the famous people whose voicemails were played in the film agreed to have their old phone calls included, even Courtney Love, who was “totally cool” with having her old coke soundbite on screen.

The director added that a main influence on him as a filmmaker is the New Journalism of the 1970s.

“Most people now—that’s what they’re talking about,” he said. “They’re excited about true stories and realism. They’re excited when they’re told in interesting ways—that’s the conversation right now and I think that’s fantastic.”

If you remember the J.T. Leroy episode, or even if you don’t and are just intrigued by the idea of it, Author is highly recommended.

Everyone knows the Beatles’ story by now: Four lads from Liverpool, their American arrival in 1964, Ed Sullivan, all the albums, all the singles, the psychedelic turn, the visit to India, and finally the discord and breakup. It’s been 50 years, the music hasn’t gotten old yet and it probably never will.

A director who knows a thing or two about midcentury nostalgia, Ron Howard, has now directed a documentary about the Fab Four called The Beatles: Eight Days a Week - The Touring Years. The film tells the Beatles’ story, specifying the period when they were a full-on touring band—from their Liverpool performances in 1962 to their decision to stop performing live in 1966.

There’s not a ton of new information here, not really a lot that’s illuminating about the Beatles or their music, and it omits the second half of their career, the more interesting half, the one with all the drugs, discord, and wild facial hair.

The period, though, does include the group’s rise, its Sullivan show appearance, and such famous concerts as Shea Stadium in 1965, and the rooftop concert in 1969 plays over the closing credits.

The film, which had a limited theatrical run and is now streaming on Hulu, gives us what we want from a movie about the Beatles: Great music, standout concert performances, and vintage interviews with the Fab Four itself, including an extended segment on the whole “bigger than Jesus” episode.

It’s not quite as all-encompassing or ambitious as The Beatles Anthology, but if you’re a Beatles fan, you’re likely to enjoy Eight Days a Week.