Frozen River is all mock-sympathy for the working class and easy bait for the liberal guilt set. 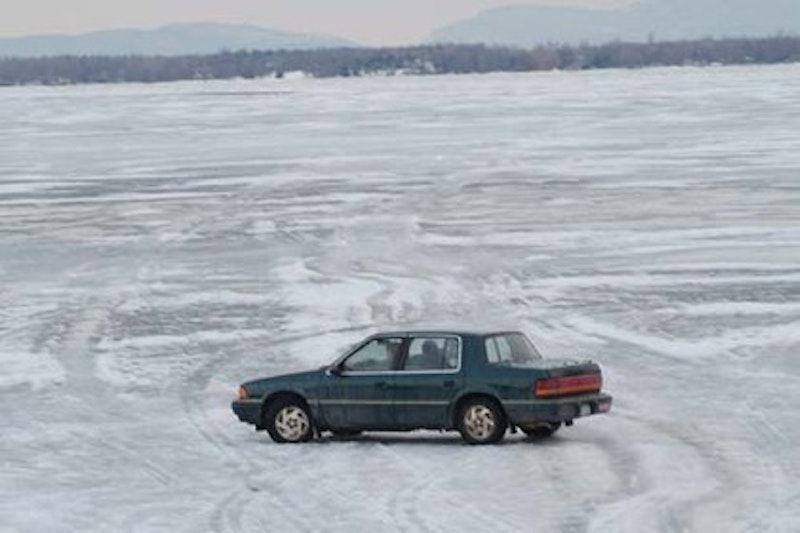 Courtney Hunt’s debut feature, Frozen River, will no doubt be lauded for the director’s sympathy for her lower-class characters and setting. There are plenty of viewers and critics for whom a one-note, one-color depiction of underprivileged life feels inherently virtuous, and they will leave Frozen River shaking their heads in mild disbelief that some people just have it so hard. Hunt apparently thinks that sympathy consists of sitting still in a darkened, air-conditioned art house and wallowing for two hours in near-constant misery over her characters’ plight; too bad she forgot that, as a filmmaker, her best resource for giving the indigent their dignity would be to make a decent, respectable-looking film.

Frozen River looks as murky and disgusting as its title suggests, the result of handheld, digital cinematography that was no doubt chosen for its supposed gritty realism. You couldn’t make the Taj Mahal look beautiful in this purposely clunky mise en scene, much less the iced-over upstate New York setting of Hunt’s film (although Werner Herzog was able to will some eerie beauty out of similar scenery in Stroszek) and it’s insulting to think that a picture has to look so ugly in order for people to understand the griminess of your subject matter. Innumerable good movies—Mike Leigh’s Naked, the Coen Brothers’ Raising Arizona, Wim Wenders’ Paris, Texas, even the DeNiro sections of The Godfather, pt. 2—have documented working-class life without making poor people’s every move look like a smudged windshield. But to produce a convincing lower class milieu that looks normal requires artful visual sense and narrative nuance; if Hunt (and her cinematographer Reed Morano) had filmed a movie about lawyers this way, she would have flunked out of an undergraduate film class.

Melissa Leo plays Ray Eddy, a Yankee Dollar employee who dreams of giving her family the perfect new doublewide trailer but whose gambling addict husband constantly throws the money away. Frozen River opens around Christmas right after the patriarch abandoned Ray and her two boys, five and 15, and took their money with him. The first shot after the credits sets the tone: with plaintive, reverb-washed guitar in the background, Hunt slowly pans from Ray’s shoes to her face, climaxing with a close-up of Leo’s makeup-less, wrinkled visage. She takes a long drag of her cigarette as a single tear traverses her face’s craggy topography. Leo’s no household name, but she’s an experienced film and television actress, and such a self-consciously unglamorous shot is clearly meant to make us bristle and applaud, as if looking bad on camera was actually heroic and not just another catered day on the job.

In the search for her husband’s car, Ray meets Lila, a member of the neighboring Mohawk reservation and another of the film’s unrelentingly sad personages. Her husband’s been killed, her baby’s been forcibly adopted by her mother-in-law, and she lives in a standalone trailer with little more than a bed and curtains. The two women’s eventual partnership grows out of mutual desperation: Lila’s got a friend at the Canadian end of “the res” who needs cars to shuffle illegal immigrants into America, and Ray has a better chance of being overlooked by cops since she’s white. With her doublewide security deposit about to expire and her son begging for a Hot Wheels track for Christmas, it’s not long before Ray is playing illegal chauffeur.

To get from the illegal outpost back into New York, however, cars have to cross—wait for it—the frozen St. Lawrence river, which allows Hunt to add a sense of thriller-style urgency to an otherwise turgid tour of New York state’s most visibly pathetic lives (call it the 4 Months, 3 Weeks and 2 Days effect). Ray goes back and forth across the snow-covered narrative device while her kids subsist on a steady diet of Tang and microwaved popcorn, as if there aren’t equally cheap foods with a little more nutritional substance. At one point a drop goes horribly wrong and Hunt wrings further easy tears and suspense from a baby’s near-death while, simultaneously, Ray’s oldest son nearly burns down their trailer. Frozen River plods along from one miserable turning point to another, the liberal-baiting implication only verbalized once, when Ray learns the unfair conditions of the immigrants’ agreement and laughs at the thought of anyone ever wanting to steal their way in to such a hellhole.

Since the steady stream of Asians in Ray's trunk aren't just trying to get off the res, the immediate hellhole of upstate New York stands in for America in general, a message must have gone over well in comfy Park City, UT, where Frozen River won the Grand Jury Prize at the 2007 Sundance Film Festival. But instead of teaching us anything about poor people’s ways of life or enlarging our sympathy for cast-aside minorities, Frozen River merely assures us that poverty is as terrible as we fear and assume, with no cracks in the darkness for joy, laughter, or even mundanity to peek through. Hunt’s movie works best if you pretend it’s some kind of performance art in which she perfectly calibrates a film to match privileged liberals’ condescending assumptions of the lower class; she aims for dirty cinema verite and instead ends up portraying economic destitution as a horrible parade of nutritionless meals, deadbeat dads, burnt trailers, and aimless material wishes. There’s no actual humanity in Frozen River, just an ugly representation of sad people who aren’t smart enough, like us, to appreciate the tragic irony and mendacity in the trailer realtor’s brochure tagline: “LIVE THE DREAM!”