Hollywood doesn't pay any more than it has to. 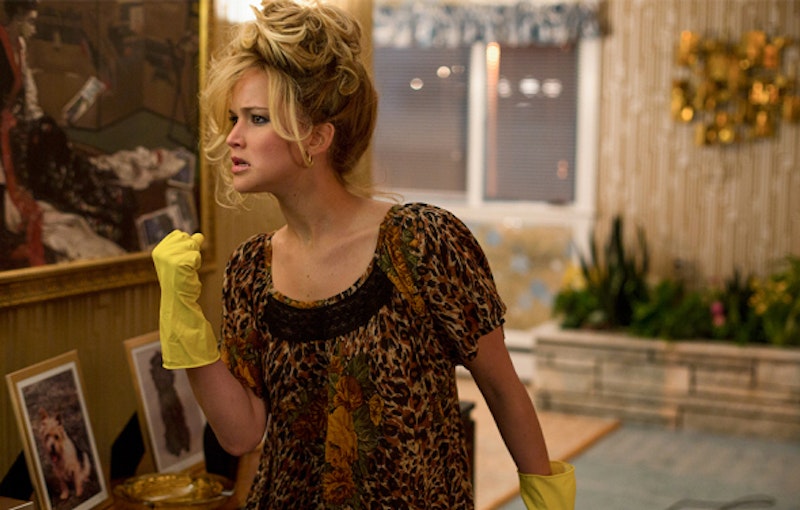 Actress Jennifer Lawrence is displeased that she was paid less than her co-stars, Bradley Cooper and Christian Bale, for appearing in the movie American Hustle, and has gone public with an essay in Lena Dunham's email newsletter "Lenny," "Why Do I Make Less Than My Male Co-stars." Sony got hacked last November, and all kinds of dirt came out, including the numbers on American Hustle, so there's no denying that there was a pay gap, but was it due to her gender?

There’s no hard evidence to suggest that Sony corporate honchos decided to pay Jennifer Lawrence less simply because she’s a woman. They don't operate under a command economy. Rather, they pay an actor what they have to pay the actor to appear in their movie, and not a cent more. They won’t pay an actor more money just to keep things fair. As Lawrence decided to appear in American Hustle, she must’ve wanted the role.

The compensation of a Hollywood star is based on how much he or she can contribute to a movie's gross at the box office. The calculation involves numerous factors, including the grosses of an actor's previous films. For example, Lawrence and Chris Pratt are starring in a movie called Passengers, to be released in 2016. She’ll earn $20 million, and Pratt $12 million, which makes sense, given their respective histories at the box office. The type of movie comes into play also. If American Hustle were more along the lines of The Hunger Games, where Lawrence proved she was box office magic, it would’ve been easier for her to demand more money.

Typically, as with any Hollywood or gender-related controversy, there have been some misinterpretations of what the actual issue is. Business Insider's Alyson Shontell wrote that Lawrence was writing about the "wage disparity between men and women in Hollywood," but Lawrence's focus was narrower, largely confined to her feelings regarding the business end of American Hustle.

Some conservatives accused the actress of whining, but if you read her entire post, it’s clear that she’s not taking this tone. In fact, she blames it on herself, not Sony. The gist of her argument was that she didn't want to ask for more out of fear of being perceived by the studios as a spoiled brat. Lawrence also stated explicitly that she didn't negotiate harder because she didn't need the money.

Now Bradley Cooper has entered the fray. He says he’s going to start sharing information from his financial negotiations with the women slated to co-star with him in future films. I'm sure this will be applauded, but an alternative interpretation is that he's saying that women can't negotiate for the money they deserve, so a man must help them by divulging what is normally considered confidential information. Do women need insider information to negotiate the best deal?

Jennifer Lawrence has to be careful that she doesn't get perceived as a rich, whining one-percenter—she, according to Forbes, earned $52 million last year, second only to Robert Downey Jr. at $80 million. Everyone loves her, for good reason, but this is kind of a "champagne problem," to all the "beer drinkers" out there struggling just to get by. As it turns it, Lawrence is well on the way to fixing her money problem. The good thing for her is that, in her essay, she identified exactly what she needs to do to make more money. She needs to negotiate harder (or get a new agent) and stop worrying about being perceived as a troublemaker. Christian Bale certainly doesn't concern himself with being considered difficult, and he does very well. With her immense talent and universal appeal, not to mention her box office clout, I don't think this will be much of a problem for Lawrence.