Notes on X-Men: Days of Future Past

You know, fuck writing a proper review of this thing. 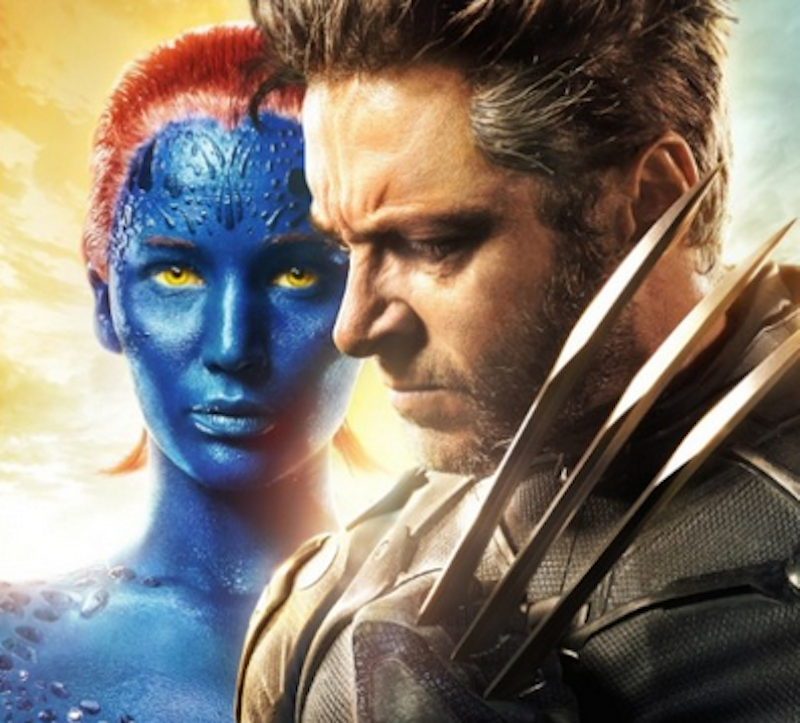 Suffice to say, instead, that Days of Future Past is a blast, a mess, and the sort maniacal mythology remix/fusion guaranteed to leave X-Universe fan boys yanking out hair in clumps and throwing long narrow boxes full of comic books across cramped attics.

Still, this was a dope enough way to kill an otherwise uneventful dead Friday evening that would’ve been spent wandering around town alone, staring at apartment walls, or waiting for something to happen on Facebook. Here are a few of the movie’s highlights, from my perspective:

Quicksilver as a larcenous teenage punk: We’re now a generation or two removed from the cinematic paradigm shift that was “bullet time,” and it’s only a matter of weeks until Lucy explodes the zeitgeist all over again. In between, we’ll have to settle for Evan Peters’ stupefying, CGI-assisted turn as a young Quicksilver, moving impossibly fast and enabling the liberation of Magneto from imprisonment under the Pentagon.

How Eagerly the Lead Up to Magneto’s Liberation From Under the Pentagon Rips Off Ocean’s Eleven: It totally does. If only more of the movie could’ve been devoted to this jailbreak.

Wolverine’s consciousness surfacing in 1973: So Logan (Hugh Jackman) comes to in a waterbed in New York City in 1973, naked, an unknown woman sleeping next to him. As it happens, she’s the squeeze of somebody important, and that somebody’s goons attempt to put the muscle on him, with predictable results. The movie plays the scene with the campy goofiness it deserves—with a tone that acknowledges the ridiculousness of the entire conceit and knows the audience recognizes that ridiculousness—and it’s the first moment the audience gets to chuckle, after the grim, cobbled-together dystopian-future 2023 blarney of what preceded it.

One of the pitfalls of near immortality is that you live for a really, really long time, and given how startlingly old Wolverine is, the dude could snap back into the body of his former at any point in his long life and probably not remember the circumstances that placed him wherever he was in that given moment. Considering that, his incredulity here is totally plausible.

The Sentinels: Readers of 1980s and 1990s issues of The Uncanny X-men probably remember Sentinels as stiff, massive robots three times as tall as a regular bloke; they seemed like creepier, mutant-hunting versions of the Eternals. In Days of Future Past, the Celestials are still tall and creepy, but they’re matte-black, shape-shifting sylphs—shades of the Super-Adaptoid—whose smooth, featureless faces peel away to spew furnace flames. Unfortunate four-year-olds who were dragged along to this movie because their parents couldn’t find a babysitter will still be screaming and clawing through nightmares about these Sentinels three months from now.

Peter Dinklage’s Ridiculous Period Hairpiece: I mean, look at that thing, then try to look away from it: that hair has star presence, should have received its own SAG card. It’s fierce.