Matron of the Silent Age

Monica remembers the grand silent films of the 1920s and laments all that was lost in the universal adoption of sound. 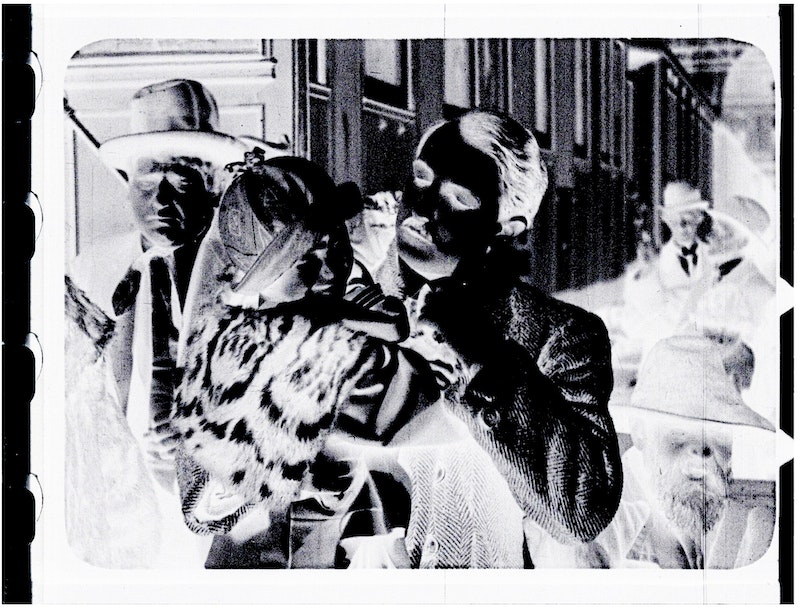 I’ve been told that my husband’s cousin Bennington wrote a story about movie theaters last week. I haven’t read it, as I don’t acknowledge much less read the mad ramblings of an asbestos addict. Nevertheless, I find it necessary to clear the air. Bennington was a regular moviegoer, yes; Bennington found beauty and art in movies decades before my husband and I did, yes; and indeed, Bennington had a reasonably successful run as a stunt rooster in the first half of the 1910s. Fortunately, all of his work is lost. It’s almost as if he never existed, as if he did all of that for nothing. Don’t you love it? I’m lovin’ it.

But I’ll admit that it was Bennington that finally got Rooster and me to go to the movies. It was 1924, and New York City was no longer dotted with filthy nickelodeons and rusted Edison booths: it was the height of the silent cinema. For a few years, Rooster and I had noticed the “nabes”—neighborhood theaters—were multiplying fast. Simply through osmosis, we knew the names of some of the era’s most famous actors, like Greta Garbo, Louise Brooks, John Barrymore, and the Gish sisters. Of course we hadn’t heard of G.W. Pabst, or F.W. Murnau, or any other Germans without first names—we were still stuck in our own personal dark age, frightened by the Great War and certain that another one was right around the corner.

I don’t have the memory of my husband, but I’ll never forget the night we saw John Ford’s The Iron Horse on opening night. 1924 was a great time to be in New York City: a good five years out from the Depression, with money, sex, and technology exploding all over the place. Movies were no longer the domain of French experiments made for children and dim adults. The Iron Horse was an astonishing work of art—something I can’t say for the execrable comedies of Charlie Chaplin (yes, all of them). In two and a half hours, Ford personified the locomotive, and by its end you do recognize this new beast as exactly that, a beast.

The myths endemic to the American cinema—cowboys and Indians, cops and bootleggers, society men and women—there was some truth in them. But remember what Brecht said: “In reality, only a fragment retains its authenticity.” These modes of communication and expression are inherently reductive—yet they show us more truth than any contemporaneous documentary. Al Jolson doesn’t put on blackface in a vacuum. For one thing, I can only imagine that would be very difficult to pull off. Second, the tragedy of the late-1920s wasn’t the stock market crash or prohibition, but the annihilation of the silent cinema as sound reared its ugly head and camped out for good in the early-1930s.

So many of the films Rooster and I saw are now lost. The Iron Horse is still available, but this was one of the biggest movies ever made at the time. The tall trees usually make it. I just wish I could see You’re Not Really Going to Mail That Letter, Are You? again. An experience I’ll never forget… a woman is cheating on his husband (been there—I mean, I’ve thought about it), and she’s drafting a letter to him. Her lover paces around the room, visibly impatient and anxious to get whatever this is over with. Cut to a close-up of his angry, screaming face, and then an inter-title: “Tell him it’s over. We are to be married on Sunday.”

The woman looks up, suddenly forlorn. Another inter-title: “Howard, you’re not serious, are you? I thought we were just having fun.” Cut to an extreme close-up of her startled face, and then another cut to an extreme close-up of the man’s face, angrier than ever. Cut back to a medium shot, and we see her raise her arms in the air, and then her hands move to her face. “In my mind, this is my free time!” We see the man charge her, but before the assault, the film cuts to a pastoral scene: trees blowing in the wind, willows rustling, crickets chirping (presumably). We see the sun, the moon, the stars, and distant planets.

Day turns to night, night turns to day. This movie was only two reels long, but nearly half of it was this very formalist and opaque image montage. What did it mean in conjunction with the romantic story? Is the sun passion, and the moon love? Where are the crickets? Have both the man and the woman died and returned to the earth? We never find out what happened to them, or if the woman ever sent the letter that would’ve ended her marriage. They used to make movies like this—you know, for adults (or large animals). But once the Hays Production Code kicked in, gone were the honest films, the experimental films, the films that showed us brutal reality completely unsparingly. There were female filmmakers, POC filmmakers, everyone was involved at the beginning of this new, utopian art form that could be understood completely by everyone in the world, regardless of any language barrier.

Unfortunately I came to realize the magic of the movies far too late. Rooster was a bit ahead of me, but Bennington did beat us to the punch. When sound came in though, I lost almost all interest in films for many years. It wasn’t the same. Besides being weighed down in words and static dialogue exchanges, the sound cinema just wasn’t as novel or free or exciting as its silent predecessor. People were intoxicated with this new machine’s abilities, and something as simple as a bicycle ride and an ice cream cone could produce lines around blocks. I thought it was children’s entertainment, and I ignored it as such. How silly I was.

One final thought: I was offered a bit part in Raoul Walsh’s What Price Glory? Of course I had no lines, no guaranteed screen time, and I wouldn’t be credited. Why? Because I was, am, and always will be, a hen. Keep that in mind next time you tweet about men being bad. You human beings, you’re all bad. Octavia Butler was right: there’s no hope for you. But the animal kingdom? We shall see… once the chimps reinvent the 16mm camera, it’s all over for you chumps.