Vitalina Varela is an astonishing new film from Portuguese director Pedro Costa. A- 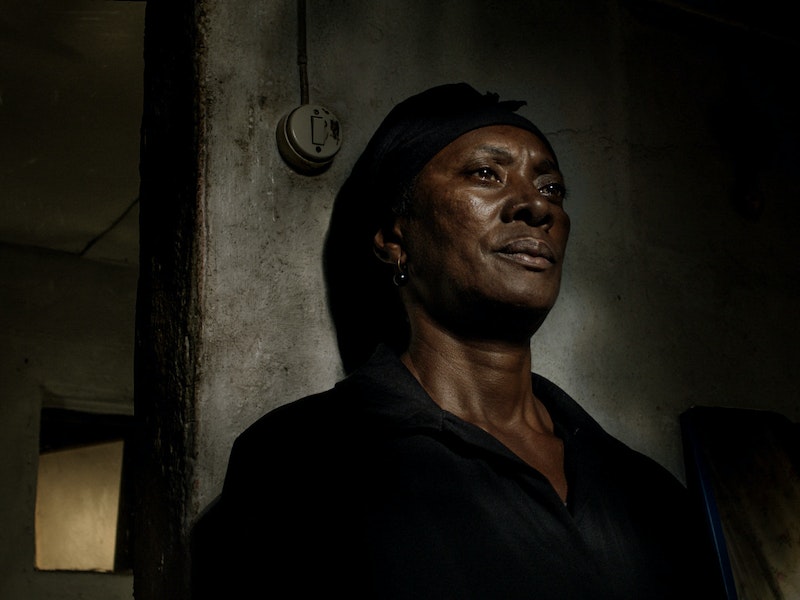 There’s an astonishing new film from Portuguese director Pedro Costa, which combines fiction and nonfiction to deliver a heartbreaking story that looks unlike anything you've ever seen.

Vitalina Varela is the name of the film, and also the lead actress, whose story is the inspiration for the film. According to an explanation on the film's website, one day several years ago Varela heard a knock at the door, assuming it was immigration officials, but it was actually Pedro Costa, who was looking for a location to shoot one of his previous films.

Varela, a non-professional actress, plays a woman from the African island nation of Cape Verde, who arrives in Portugal because she’s heard her husband, who she hasn't seen in years, is near death. The husband left for Portugal in the late-1970s to find work, and it had taken Vitalina 20 years to obtain a visa. However, by the time she arrives he has already died.

Most of the rest of the film consists of moments of quiet contemplation, although we also see Varela interacting with other members of the Cape Verdean community. There's not much dialogue, but it's mostly in Portuguese and Cape Verdean Creole.

But what really stands out about this film is its look—the majority of the film is shot in dark and shadow, giving it a subterranean look and feel. Shot by cinematographer Leonardo Simões, the film is lyrical and beautiful. It reminded me of some of the West Baltimore cinematography on season 4 of The Wire.

The first shot of each scene, in particular, is always impeccably assembled, whether it's of a floral arrangement at a funeral, or the inside of a church. The film was shot mostly at night, and there's barely a glimpse of any sunlight, prior to the film's last 15 minutes.

Vitalina Varela played some international film festivals last year, including Toronto and New York. It was supposed to have a domestic theatrical release this month, but with movie theaters shuttered, distributor Grasshopper Films is offering a "Virtual Screening"—for $12, you can rent it from the distributor's website, while also kicking in a few bucks to support your local arthouse theater. I watched it via Philadelphia's Lightbox Film Center, which re-opened in a new location less than two weeks before having to shut down.

I recommend seeing Vitalina Varela, but instead of watching it on your phone or iPad, cast it to the biggest screen you have. It's two hours long, it's a bit slow, and there's not a lot of action. Watching this film requires commitment, even beyond the rental fee. But Vitalina Varela is an undeniably unique film.