No One to Turn to When Nothing is Fine

Eliza Hittman's Never Rarely Sometimes Always is an exceptional film about abortion. A 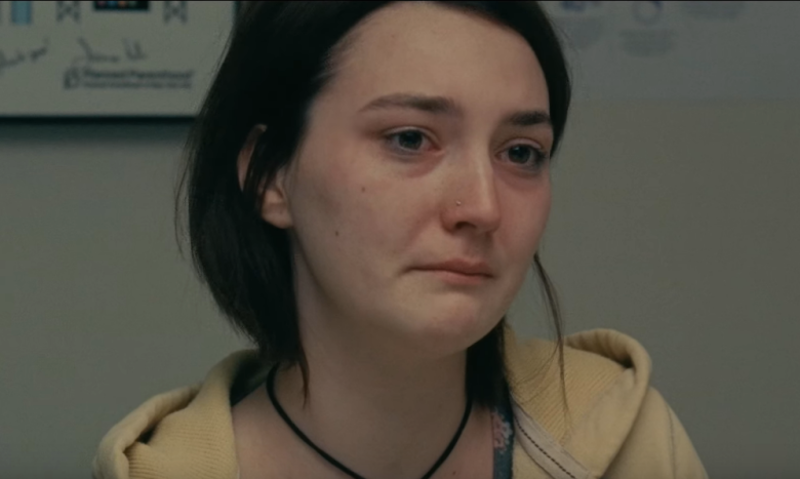 It's difficult to make movies about abortion, considering that different audiences have views on it that would appear irreconcilable. The most prominent abortion-related feature films have been stridently pro-life polemics like Gosnell and Unplanned, as well as the comedy Obvious Child, which grew out of the question of "What if we made Knocked Up, except she didn't have the baby?" There was also the sharp 1996 comedy, Citizen Ruth, which was considerably better than most pox-on-both-your-houses political satires generally are. Never Rarely Sometimes Always is an "abortion movie." But it's a different type of one.

The film opened last week, immediately prior to the movie theater shutdown across the country. But if you can find it, writer/director Eliza Hittman's film is an original, thought-provoking character study that also provides an original look at what's probably America's most fraught subject. And she does it with a cast of mostly unknowns, in which the biggest name on board is probably singer/songwriter Sharon Van Etten.

Never Rarely Sometimes Always begins with a small town high school talent show, but soon make clear that it's doing a David Lynch in which it's going to explore the hidden darkness behind the images of traditional Americana.

The protagonist is Autumn (newcomer Sidney Flanigan), a 17-year-old in rural Pennsylvania who finds herself pregnant. Living with indifferent family, including a beer-guzzling dad, Autumn sets off with her cousin Skylar (Talia Ryder) for New York City, to get an abortion.

The film has points about abortion access, and how certain states passing restrictions aren't likely to prevent those who want abortions. This film isn’t likely to appeal to those who are opposed to abortion rights. But one thing that's wonderful about Never Rarely Sometimes Always is that it's not didactic. It doesn't put political talking points in the characters' mouths. A lesser movie might’ve included a five-minute scene on the bus in which Autumn explains crisis pregnancy centers, complete with statistics and Aaron Sorkin-style speeches, to Skylar. The film also, smartly, omits the climactic parental confrontation. The performances are outstanding, especially Sidney Flanigan in the lead, who gives a mostly guarded, quiet turn up until the scene from which the titular phrase is uttered.

And beyond the abortion material, Hittman's film captures the culture shock of someone from a small town arriving in New York City for the first time and the little indignities, such as not having any idea how to use the MetroCard machines. I also liked how the Port Authority Bus Terminal is a character. Movies and TV shows film at Grand Central, because it's so beautiful, even when the characters are arriving from locations that aren't connected to Grand Central by train. But Port Authority is rarely in movies, and Hittman shows what an odd, purgatorial place it can be.