A Beautiful and Unsettling Symphony 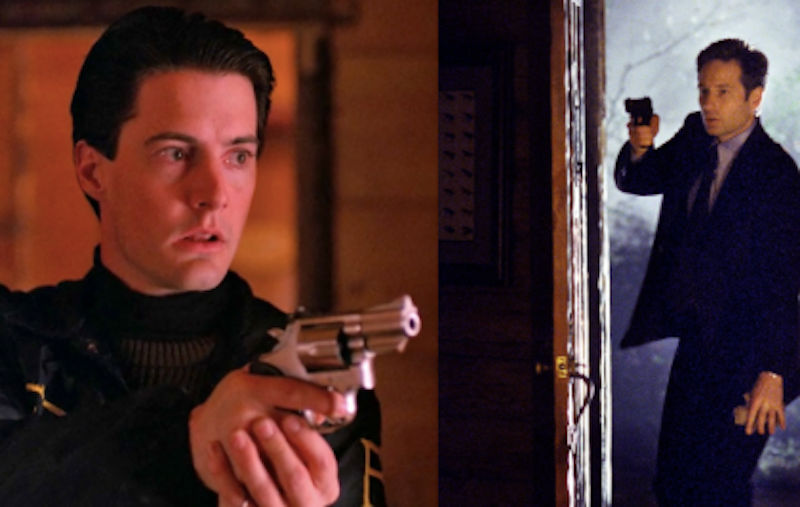 David Lynch’s Twin Peaks: The Return came out in 2017. I was unable to see it at the time, and envied everyone who was sharing thoughts and feelings about the newest creation that came from the master of surrealism. At the time, I resigned myself to the idea that I wouldn’t see it, unless it appeared on Netflix. But after three years, I’ve finally been able to watch it. And what a beautiful and unsettling symphony it is.

I have memories of watching the original series back in Bosnia, before the war. For those of us who survived, we measure our life in terms of “before” and “after” the war. It’s a habit that we can’t escape. For me, the original series of Twin Peaks (or as we called it, “Tvin Picks”) carries the memory of pure sweetness because the experience of watching it came before the siege of Sarajevo. Like some poltergeist, the cinematic surrealism escaped from the rays of television and straight into the concrete reality of war.

Suddenly, I found myself asking ridiculous questions. Was I stuck in the Black Lodge? Was it the power and force of Bob that followed me around at every turn I made around the apartment, attempting to situate myself in spaces that helped avoid shrapnel from the oncoming shells? Was the new speech and language of war I was hearing inverted and distorted? What was this new language I was trying to learn and why was I learning it with such ease, yet such hatred? As war continued, every action was speeding up yet its distortions and screams turned time into a slow descent into the unknown, which quickly became unbearably dull.

More questions arose. Should I scream like Laura Palmer? Should I laugh incoherently like “bad” Cooper? Should I weep like Leland? Should I accept the entire absurdity of war and dance in the middle of RR Café like Audrey Horne? Should I cover my eye with Nadine’s eyepatch, so that at least, I can see less of war? All of the options sounded good, and looking back now, I wasdoing all of that even though I (or anyone else) couldn’t see or hear it.

It may seem bizarre to speak of war as related to Twin Peaks. After all, these are two different worlds. One is purely aesthetical and is the dramas of a small town in Washington State, in the United States of America. The other is in Bosnia, post-Communism, in the midst of war and genocide. But perhaps the connections aren’t so strange after all. They may be two very different realities but therein lies the thread: entrances and exits between light and dark, as you attempt to leave the Black Lodge over and over again. As a war survivor, I’m always entering and exiting the Black Lodge, trying to figure out where the red curtain parts.

Another reason why this connection isn’t entirely absurd is because Lynch as a filmmaker thrives on surprising juxtapositions of our world. His vision extends beyond the microcosm of this small Washington state town of Twin Peaks, and this is also true of most of his work. He understands the difference between good and evil and has a unique artistic talent in showing the line between dark and light. He moves between humorous exclamations of enjoyment (“damn fine cup of coffee”) and the disquieting cloud of threat to that joy.

In the newest Twin Peaks series, one particular episode highlights Lynch’s movement from the grandiosity of evil to the simplicity of good. In “Gotta Light?” we see a departure from the traditional plot of the series. Lynch takes us back in time, and the images begin with a huge mushroom cloud (nuclear testing) in which the power of darkness unfolds further and further until our imagination can’t bear the burden and is shattered.

Sounds of Penderecki’s “Threnody for the Victims of Hiroshima” stab the cloud repeatedly, creating coherence in incoherence. An abandoned gas station is stuck in a loop of time that moves backward and forward without knowing when the end (or the beginning?) will come. A couple embraces and gently kiss as they’re slowly falling in love.

But then, as if coming from that mushroom cloud, a creature appears, neither beast nor human; a bringer of darkness. The world becomes enveloped in his dirty shroud of repetitive curse upon mankind. Minds explode, people seemingly spontaneously collapse, and the young love of the joyful couple has been annihilated. Or has it? Is everyone merely asleep? Will the dull and piercing sound of the man-beast be destroyed? Will the people wake up? Will the young lovers love again?

These are the questions of good and evil. Lynch asks them with such sharp and precise vision. His characters may be mad or ambivalent, but Lynch never is. It’s also true that at times, the line between good and evil is blurred in how Lynch views the world, and most of all, things are not what they seem. Good people have a temptation to succumb to evil. But the great awakening and recognition of the good always comes. The good itself may have difficulty perpetually remaining in the space that Lynch has created because screams disrupt the time. However, paradoxically, the screams are reactions to the darkness of chaos, and indicators that as human beings, we haven’t lost the capacity to notice that important difference between good and evil.