On Fiddler: A Miracle of Miracles (A-) and The Amazing Johnathan Documentary (B-). 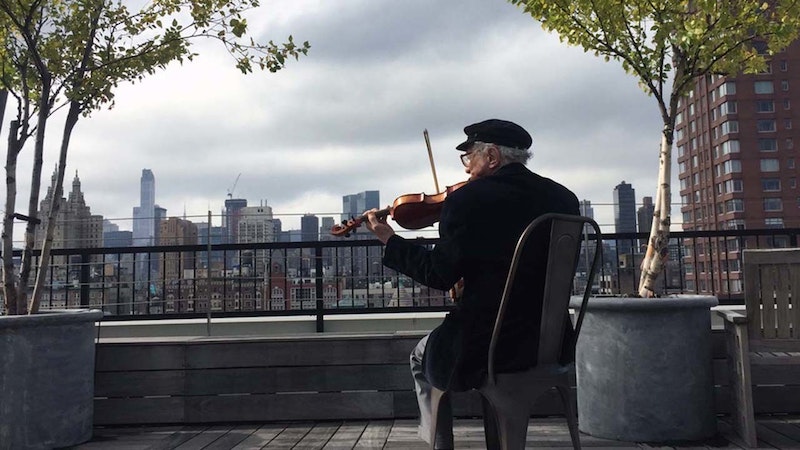 Fiddler: A Miracle of Miracles is a dream for anyone who loves Fiddler on the Roof, or 20th-century musical theater in general. It’s a wonderful look at the history of Fiddler, its cultural influences and effects, and continuing relevance.

It's a story that's oddly specific and not intuitive box office gold: A milkman in a shtetl in the Russian pale of settlement in 1905, dealing with the marriage aspirations of his five daughters and eventually with pogroms. But it became not only the most popular Broadway musical of the 1960s, but one of the single most beloved works in the American musical theater canon.

Directed by Max Lewkowicz, A Miracle of Miracles looks into how that happened. There were those amazing songs, by Sheldon Harnock and Jerry Bock, and you'll get to hear most of them.

But it turned out the story of Teyve the Milkman, drawn from the works of Sholem Aleichem, was a lot more universal than you’d think. Between generational struggles between parents and children, and parents not always approving of their kids' romantic choices, Fiddler is full of themes that you don't have to be descended from shtetl Jews to relate to.

Fiddler, for more than 50 years, has been performed in countries and American schools where there's not a Jew in sight. Plus, every time Fiddler has been revived on Broadway in the last five decades, the part about the refugees has been newly relevant for a different reason.

There are valuable talking heads, including Stephen Sondheim, Lin Manuel Miranda, actors from the most recent Broadway revival, and original director Harold Prince, who died last month. There's also much talk about the 1971 film adaptation, and director Norman Jewison tells the priceless story about the time he had to go to the producers after getting the job and tell them that, despite his surname, he wasn't actually Jewish.

The documentary concludes with the astonishing fact that, ever since its Broadway debut 55 years ago, Fiddler on the Roof has been performed at least once, somewhere in the world, every single day. I haven't seen a stage production of Fiddler in a long time, but A Miracle of Miracles made me want to go see one the next chance I get.

Would you be interested in a documentary about The Amazing Johnathan, the alt-magician and longtime Comedy Central and Vegas figure? What if you knew that the magician, real name John Edward Szeles, was told four years ago that he had a year to live, but beat the odds and is interested in reflecting on his mortality, and discussing it while going on one final tour?

For about the first 20 minutes, that's exactly what The Amazing Johnathan Documentary delivers. But then it goes off into a bizarre direction, one that's moderately interesting but doesn't succeed in bringing its various strands together.

The documentary debuted on Hulu this week, in addition to a theatrical release. It was directed by Ben Berman, a young filmmaker who came up through the Tim and Eric/Adult Swim orbit and later made commercials. It starts off straightforward, with Berman doing a standard doc about Johnathan and his story, with a lot of archival footage and interviews with the likes of "Weird Al" Yankovic and Penn Jillette.

But eventually we learn that Johnathan was rather promiscuous when it came to enlisting filmmaking teams. In fact, at one point he had three different crews simultaneously shooting documentaries about him, plus a fourth who’d taken up the project years earlier and abandoned it.

The film, for most of its running time, is mostly about Ben Berman coming to grips with this news, and also trying to solve a few mysteries: Why is Johnathan doing this? Was he telling the truth when he claimed that one of the crews was behind the Oscar-winning docs Man on Wire and Searching For Sugar Man? And since Johnathan was so commonly known for pranks, was his whole illness itself an elaborate put-on?

It raises the question of whether the film itself is a prank. And that's to say nothing of the bizarre sequence in which Johnathan tries to get Berman to take crystal meth with him on camera, which has the filmmaker calling lawyers to ask if he could be prosecuted for such behavior.

This has had success before, most notably in 2010's great Exit Through The Gift Shop, which begins with French artist Thierry Guetta making a documentary about the street artist Banksy, but then over the course of the movie the two of them gradually switch places, with Guetta reinventing himself as a street artist and Banksy filming him. This worked.

The problem with The Amazing Johnathan Documentary is that the depicted world isn't nearly as compelling. I’m skeptical of docs in which the protagonist isn't the subject, but rather the filmmaker. Sometimes it’ defensible, such as in the recent Cold Case Hammarskjöld, which was about the filmmaker investigating a long-ago death, but that's not the case here. But most of the time I don't need to see Michael Moore, Morgan Spurlock or Nick Broomfield on screen for an hour-and-a-half. Werner Herzog can pull that off, but most others can't.

I'd much rather watch a 90-minute movie about The Amazing Johnathan, his life, and his coming to grips with his impending death, than with the adventures of Ben Berman and the dueling documentaries. One scene in particular, when Berman hires an actor to confront one of the rival teams, doesn't come across nearly as cathartic as the filmmakers seem to think.