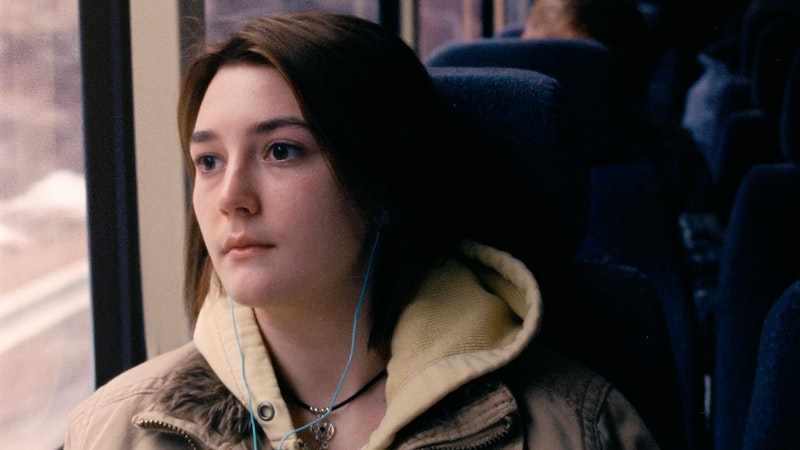 If you want a perfect example of what’s wrong with the prestige machine that pre-selects “important” films for the cognoscenti, plunk down $20 and rent (what a bargain!) the 16mm abortion essay Never Rarely Sometimes Always. Released right when the pandemic shuttered movie theaters, the film immediately rose to stratospheric heights of critical acclaim, earning a score of 91/100 on the aggregator Metacritic and a Rotten Tomatoes score of 99 percent. There were almost no synonyms for “stellar” left when the mainstream media was finally done fawning over it. Here’s what it really was: a dull, preachy, predictable exercise in linear plotting, peopled with stereotypical characters who aren’t worth our time.

The difference between the reality of this movie and the way it’s been valorized since its release reveals a lot about what movie critics think indie dramas ought to do and be. They ought to tackle a thorny, political issue. They ought to be about young people. They ought to “reveal” supposedly hidden truths about the lives of “ordinary” Americans. There are so many boxes for movies like this to check that it’s no wonder such criteria eventually overwrite, in the minds of journalists, what they actually saw.

For instance, this movie is so self-righteous that its director, a Greta Gerwig wannabe named Eliza Hittman, actually claimed to be trying to make up for the excessively “male gaze” of 4 Months, 3 Weeks, 2 Days. That’s a Romanian film that’s also about an abortion odyssey launched under oppressive conditions. You can imagine how that wowed the establishment: this new director is so fierce that she’ll go after a foreign film, about a woman who can’t get an abortion and suffers because of it, on the grounds that it’s sexist! What an iconoclast! Result: tons of buzz for the new film that’s more-feminist-than-thou. Next, without the slightest embarrassment, the same people congratulated Hittman for being artfully restrained. Writing for The Los Angeles Times, critic Justin Chang lauded the film’s “determination to build its argument not didactically but cinematically,” through “understatement.” Here’s what “understatement” means to Eliza Hittman, though: Autumn, the pregnant protagonist, first Googles how to “self-induce” an abortion. The camera lingers on her computer screen, giving us lots of time to read her search query. Then she puts everything she’s learned to good use by repeatedly punching herself in the stomach. That’s the prestige film’s version of understatement: no music, no tricky camerawork, just a point-blank shot of a girl punching herself. Can you handle that? Or are you some kind of heartless monster?

I’ve never seen a film include so many “unedited” scenes of patient intakes and similar, equally epic moments of customer service. In one scene, a testy New York transit officer gives Autumn and her friend directions to the subway. What makes the scene incandescent with dramatic fire is that his directions aren’t very helpful. You see what these girls are up against, right? Sometimes you ask for directions and get unhelpful responses! Hittman also cherishes Autumn’s ability to ask for conveniences her abortion clinics aren’t able to provide. They tell her the procedure will take two days. She asks if they can do everything in one day instead. They tell her no, they can’t. She absorbs this by staring vacantly into the fluorescent lighting. Then they move on, to the next bulleted item on their “must-read” sheet, and the whole dance begins again. In general, this film shines at evoking those moments when two people have a conversation that goes nowhere, reveals nothing, and leaves the plot gasping in neutral.

Though I’m tempted to praise Never Rarely Sometimes Always for “neo-realism”—a genre Hittman confuses with her arrogant assessments of Pennsylvania’s working class neighborhoods—there’s nothing risky or revolutionary about this movie’s cinematic style. It doesn’t follow up on the breathtaking work of, say, Roberto Rossellini, or have any of the “discernible European art-house influences” Chang claims to find in it. Here’s a forefather (foremother?) of Hittman’s sententious garbage, if we really need one: the NBC football show Friday Night Lights. Now that was a wonderful show. It wasn’t hampered by the same kind of smarmy minimalism that drains this movie of all emotional impact. But it was already perfectly realized, in terms of both sets and shot composition, in its appropriation of work by verité auteurs like John Cassavetes. I wasn’t surprised to learn that Hittman won a “John Cassavetes” award earlier in her career; after all, nobody who wins a “Hemingway” award for writing churns out prose equal to Hemingway. What they do, instead, is imitate—and imitators, by definition, fly blind.

Hittman has no idea what the extended close-ups of her actor’s faces are supposed to reveal, so they show nothing at all (except generic “alienation”). She doesn’t know how to make the purple neon of a New York night delirious and menacing, so she takes a handy shortcut, and puts a leering member of the patriarchy in the path of her girls. I don’t mean she does this once; by the time the film’s done, I’d counted at least four leering men, none of whom have any greater reality as characters than that.

I have to take exception to the review of this film by fellow Splice Today writer Stephen Silver. I’ve already explained my problem with absolving the film of “didactic” storytelling; it is, on the contrary, so didactic that it had to write off all its fatuous presentations of cause and effect as an aesthetic preference, “neorealism.” But it’s not realistic to have the father/ex-boyfriend call Autumn a slut, and then to include a scene where her stepfather calls the family dog a slut, too. That’s just heavy-handed. It’s an insult to the viewer’s intelligence. To go on and suggest, as Silver does, that Hittman is “doing a David Lynch” by exploring “the hidden darkness behind the images of traditional Americana” is misleading to anyone who hasn’t watched Never Rarely Sometimes Always. There isn’t a single set piece, anywhere in this film, as unexpected and revelatory as the rotting ear in Blue Velvet or the double-blind brothel talk (between a father and daughter, no less) in Twin Peaks. People in David Lynch movies don’t confine themselves to leers. They explode in pyrotechnic displays of perversion and malice. That’s an approach to narrative that this film’s sad, cardboard allegory knows nothing about.

Two final observations. First, it’s irresponsible to praise movies for being realer-than-real: to thank them for “bringing to light” the lives of the hoi polloi by kicking over a few dank stones. Americans are aware of the surfaces they live on. If you want to excavate something below those surfaces, like David Lynch, that’s admirable. If you want to combine mourning and celebration, capturing Americana in its fullness—like Friday Night Lights—that’s not a bad project, either. But if you want to exploit the masochism of a monied consumer class who’ll pay 20 bucks to watch, in the middle of a feature film, a “real” (and quite nasty) PSA about the horrors of abortion… well, the good you’re doing is only in your head.

Second, I’ve watched the canonical films (including the heartbreaking Fish Tank) that Never Rarely Sometimes Always yearns to be. They’re way out of its league, if only because their visual forms and ideological positions are consistent with each other. Meanwhile, the instant Hittman switched to a long tracking shot of Talia Ryder’s butt—just to emphasize what a douchebag the guy looking at her was—I was done with “the best movie of the year so far.” It had broken its own commandment, about reproducing the male gaze, just to win one more knowing look from us. At such moments, this movie panhandles the worst of our nature. Compassion is too fine a word for the aims of anything this hypocritical and shrill.