When, exactly, will Audra McDonald's Private Practice character get her groove back? 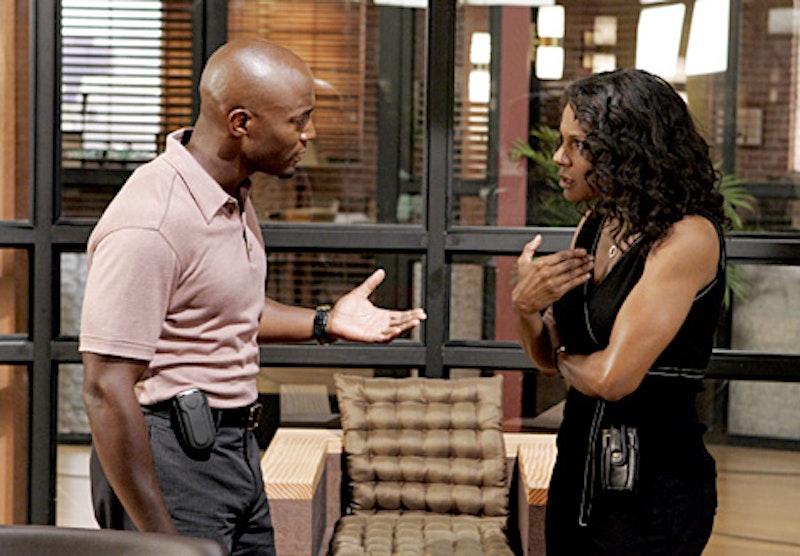 Somehow and somewhere along the line, Naomi (Audra McDonald) became Private Practice’s unofficial den mother, its Queen Latifah in Bringing Down The House, its Halle Berry in Bulworth: its designated ear to bend, its shoulder to cry on, its moment-of-clarity conjurer. When a shattered Charlotte (KaDee Strickland) was struggling to maintain in the aftermath of a brutal rape, Ne was there to dispense advice, friendship, and hugs. When Violet’s (Amy Brenneman) secret post-trauma memoir found a publishing home, Ne was the first person she told about it. When Addison’s (Kate Walsh) flirtations with a dashing, single doctor of Hispanic descent threatened her relationship with Sam (Taye Diggs), it was Ne to the rescue, squashing that dalliance before it could bloom into a late-season plot point—despite the fact that Sam was Ne’s ex-husband and Addison was Ne’s best friend.

What happened to you, Ne? What happened to the newly liberated divorcee who so casually and callously cast liberal, middle-class caution and decorum to the wind? What happened to all that indignant, sputtering, Shonda Rhimes-endorsed dialogue, to all that rage? It wasn’t so long ago that the receptionist was totally crushing on you and you weren’t sure you weren’t into him. That your daughter got knocked up and you threw up your hands and stood in a corner fuming, metaphorically speaking, because you couldn’t deal with it like a rational adult, because you’re no more a non-caricature of an adult than anybody else on this ludicrous-yet-eminently-watchable soap.

That you were the embodiment of the female mid-life crisis: hitting the sheets with Addison’s womanizing asshole brother Archer (Grant Show) and stepping out with an old pal of Sam’s; later, maintaining simultaneous liaisons with an ailing, elderly billionaire you worked for and a caustic, paraplegic doctor who happened to work for you. You were wild. Then you weren’t anymore. When you finally found out about Sam and Addison, it was expected that Mount Me would finally erupt, maybe incinerate a few natives—but you just took it, rolled with the punches, preoccupied by funeral arrangements for your totally pasty, totally dead senior-citizen lover. Lame! Then, on last week’s episode—the one about Addison’s super-WASP mother’s post-suicide funeral—you screwed Archer again, but not necessarily because you wanted to; I got the sense, frankly, that that roll in the hay had something to do with Archer’s coping process.

Look, I know McDonald will no longer be a regular cast member after this season. Things change. But before Naomi checks out of Oceanside Wellness Clinics, I wanna see batshit Ne back on the scene, doing her, you know? Freaking out. Seizing the day. Maybe getting back with that paraplegic dude. (Hey, what happened to him, anyway? At the end of Season Three, he was there. Then Season Four started, and it was like he’d never existed. Crap like this keeps me up nights. It’s not like these writers aren’t getting paid enough to tie up loose ends.) Pulling that weird stroke-face thing that happens when a script calls for her to be conflicted or agitated. Tearing shit up. Not comforting white people.