You don’t go to Michael Bay movies for subtlety. 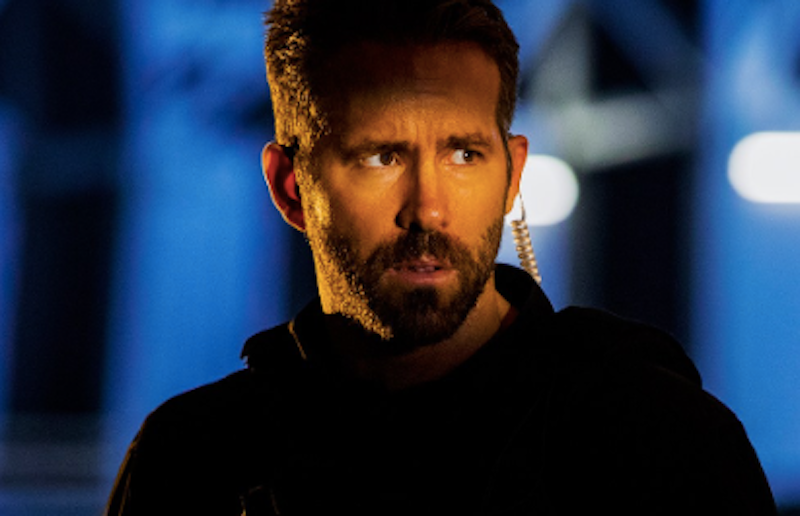 Netflix is fascinating because it’s a black box. The company’s a major cultural presence, spending around $15 billion to make films and TV shows in 2019, but we don’t really know why it makes its decisions. Its internal workings are closely-held secrets. It claims third-party estimates of its viewership figures are inaccurate, so we see only what it does, and what it pays to create, and occasionally, when the company feels like it, we see press releases about its greatest successes. One assumes these press releases are honest.

At any rate, it’s intriguing to see which gambles pay off. Consider 6 Underground, a made-for-Netflix Michael Bay extravaganza. It cost $150 million to make and, after a very brief and geographically limited theatrical run, was released with little publicity less than two weeks before Christmas. Yet a few days ago Netflix released a list of its most-watched titles of 2019, and 6 Underground ranked as the third most popular film of the year with American viewers.

Caveats abound. The criteria for the list are unclear; it’s most likely a ranking of how many subscribers watched at least two minutes of a show or movie. And 6 Underground was released so close to the end of the year that rather than use raw numbers Netflix projected its ranking based on early results. Still, the movie’s placement does suggest a few things.

It’s worth considering what the movie actually is. Bluntly, it’s a movie directed by Michael Bay. It strikes me as a superior example of the sort of thing he does, but then I’m not a fan of his work in general. I do find Ryan Reynolds entertaining, which definitely helps here. Reynolds’ character is a tech billionaire who, shocked by injustice he witnesses in a refugee camp, fakes his death, goes off the grid, and assembles a team of operatives to assassinate people who need assassinating—starting with the dictator whose oppressive regime created the refugee camp that radicalised him. After an opening set-piece with fatal consequences for one of the team, the main point of view is Seven, an African-American former military sniper, who joins the motley crew of action-movie archetypes. None of the group gets a name until late in the film; even Reynolds’ character is mostly known as One.

The problems with the film are up front and about what you’d expect. It’s racist, a fantasy in which a group of Americans and Europeans take it upon themselves to enact regime change in a Central Asian country to install their preferred ruler. It’s pointlessly sexualized, from a straight male perspective, with the camera dwelling on female rears and cleavage though avoiding actual nudity. Subtlety’s nonexistent; drone-shot landscape vistas hammer home whatever we’re supposed to be feeling at any given moment.

But you don’t go to Michael Bay movies for subtlety. The editing of the action scenes is nonsensical, but Bay’s movies don’t care about normal filmmaking concerns like establishing the geography of a scene or telling a coherent story. It gives you the idea of what’s happening—there’s a glass-walled swimming pool on the edge of a penthouse on top of a skyscraper, there’re guys shooting at each other inside the penthouse, there’s a sniper on a nearby building—and then like a four-year-old on a sugar rush it slams the action figures together. You enjoy the explosions and expensive things and expensive things blowing up. Or you don’t.

The script comes from Paul Wernick and Rhett Reese, who wrote the Deadpool movies. There isn’t the same self-aware comedy here, possibly because they knew who’d be directing. They did include a character who talks in movie quotes and correctly points out that One is, basically, Batman. There’s also moderately effective humor, and a bit of a theme about community feeling versus individualist fantasy, and even a few high-culture references that give the movie the feel of a knowingly stupid thing made by smart people—a theme-park ride, as somebody said not too long ago about better movies than this one.

This is a movie in which the villain’s so mind-bogglingly evil that when he watches a production of Richard III he cheers for Richard. That’s ludicrous enough to be funny, provided you know even a bit about Shakespeare, and that’s the sort of sweet spot the movie aims for. It hits that spot often enough that the sheer impossibility feels conscious. Who cares that the supposedly-underground group doesn’t care about eliminating traces of their activities? Or about witnesses? Or about keeping a low profile? Who cares if the movie never explains how some kind of support staff must be necessary to keep them armed and equipped and get them from point A to B?

You can’t complain about a lack of substance under the glossy surface because the glossiness is the whole point. The movie’s here to have car chases, explosions, and a few quips. And that’s what you get. It’s paced reasonably well, and it effectively imports the big-budget action-movie feel to Netflix. The product’s what you want from Bay. $150 million bought Netflix just what it wanted. And, according to their figures, the result’s pretty close to what they were probably hoping for. What’s it mean?

It might just mean that people had time to kill over the holidays, and filled some of that time with 6 Underground playing on a TV. Assuming that Netflix’s figures do represent actual viewers, though, it also means they’ve figured out how to reach Bay’s audience. They drew eyeballs to an action movie they created, which is something they haven’t managed to do in the past.

I haven’t seen much buzz about 6 Underground on social media. You expect critics to tear apart a Bay movie, and they have. But viewers have been there, in the US, and in Asia—the third most popular movie of 2019 in Japan, second most popular in South Korea, eighth most popular in India but the most popular movie of the year in Malaysia. Whatever Netflix is doing, it’s working, The fit between their algorithm-driven creative process and Bay’s by-the-numbers action storytelling is obvious. What may be most impressive is the studio’s ability to get the word out about the film without drawing attention.