Scorsese’s cinema and the danger of politically innocuous and socially irrelevant Marvel movies. 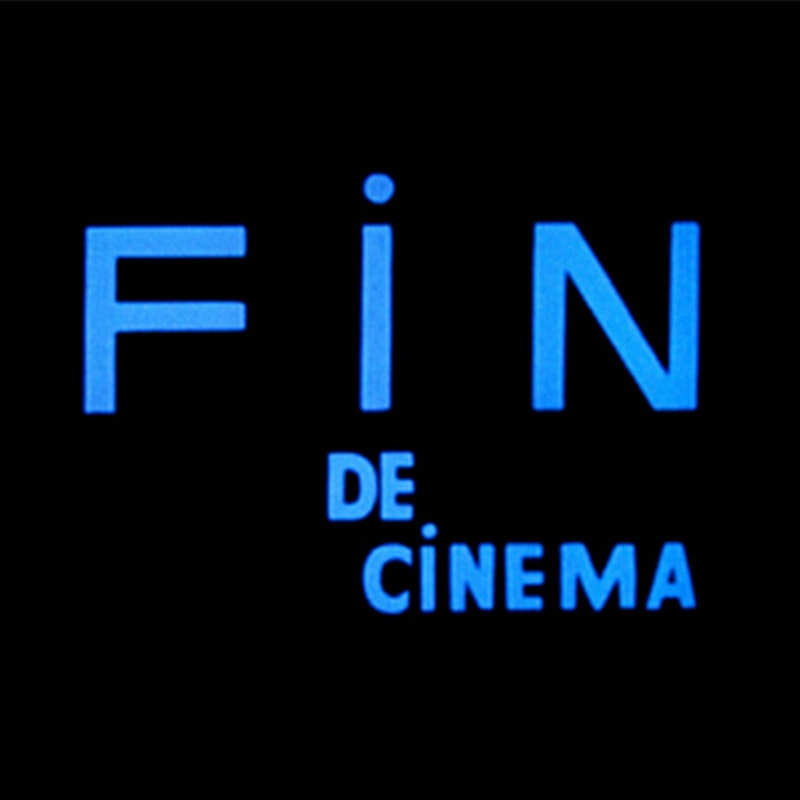 An innocuous answer to an innocuous question led living legend Martin Scorsese to this, fielding more questions about Tony Stark than Jimmy Hoffa during his press tour for The Irishman. Asked about Marvel films, Scorsese said, “I don’t see them. I tried, you know? But that’s not cinema.” After a month of fury from fanboys that ebbed and flowed each week as others weighed in—Francis Ford Coppola calling superhero movies “despicable,” Guardians of the Galaxy director James Gunn tweeting a Tony Stark eye-roll GIF at Scorsese—he wrote an op-ed for The New York Times: “I Said Marvel Movies Aren’t Cinema. Let Me Explain.”

And thankfully he gets a lot out of the way that I’ve been thinking about this past month. I found Scorsese’s initial comments characteristically charitable but far from insightful. Cinema flourished in theme parks—Coney Island was full of Kinetoscopes on the day it opened in 1895—and the vertically integrated studio system produced some of the greatest works of art of the 20th century. Marvel films are, by definition, cinema: what plays in movie theaters is the cinema for better or worse. None of us can judge with total confidence that a Marvel film won’t one day be canonized alongside It’s a Wonderful Life, Willy Wonka & the Chocolate Factory, and Bringing Up Baby, all of which were dismissed as blithe mediocrities in their time.

For Scorsese, “cinema was about revelation—aesthetic, emotional and spiritual revelation. It was about characters—the complexity of people and their contradictory and sometimes paradoxical natures, the way they can hurt one another and love one another and suddenly come face to face with themselves. It was about confronting the unexpected on the screen and in the life it dramatized and interpreted, and enlarging the sense of what was possible in the art form.”

Scorsese’s cinema was produced on a product line just like Marvel’s: Psycho, Red River, Fort Apache, A Matter of Life and Death, and Intolerance were all made with the same concern for capital as Aquaman or Avengers: Endgame. “Art vs. entertainment” is a false dichotomy—art is in the eye of the beholder and entertainment is a product of many things, not just art (thank god). Dearly departed windbag Harold Bloom, defender of the Western Canon, said that no movie could ever be a work of art. Sidney Lumet dismissed the zoom lens along the same lines: “it doesn’t relate to the eye, doesn’t do what the eye does […] So it’s basically telling you a lie visually to begin with.” Scorsese’s lament over cinema’s imminent death at the hands of the Marvel Cinematic Universe—a universe he’s only peripherally aware of—is a typical dismissal of an older person surveying new fads as they themselves fade, and he acknowledges that.

After rhapsodizing about Fuller, Bergman, and Godard, Scorsese moves onto Hitchcock, the first director who was his own franchise, as Quentin Tarantino and Wes Anderson are now. He writes, “Some say that Hitchcock’s pictures had a sameness to them, and perhaps that’s true—Hitchcock himself wondered about it. But the sameness of today’s franchise pictures is something else again. Many of the elements that define cinema as I know it are there in Marvel pictures. What’s not there is revelation, mystery or genuine emotional danger. Nothing is at risk. The pictures are made to satisfy a specific set of demands, and they are designed as variations on a finite number of themes. They are sequels in name but they are remakes in spirit, and everything in them is officially sanctioned because it can’t really be any other way. That’s the nature of modern film franchises: market-researched, audience-tested, vetted, modified, revetted and remodified until they’re ready for consumption.”

How subversive could a superhero movie be? What taboos are left? Where are the contemporary Rope’s and Rebecca’s? Smuggling in homosexual relationships is no longer necessary (even if they’re censored in China and Russia). Joker, a mediocre “dorm room poster turned into a movie,” accidentally hit the zeitgeist dead on: class warfare. The taboo that’s waited its turn all decade for its turn is wealth inequality, and how interesting that the media tried to scare people out of seeing Joker in theaters lest they be shot. They also promoted it as an “incel revenge fantasy,” and they know you won’t be caught dead near anything incel. In all of these fucked up mental gymnastics, along with Phillips’ glib desire to make a “dark” superhero movie informed by Taxi Driver and The King of Comedy, produced the most successful R-rated movie of all time and the most potent leftist blockbuster in history.

This was all an accident. There can never be a political Marvel movie. They have an agenda, a multi-year plan, and they stick to it. Remakes, in general, are not the problem: take Luca Guadagnino’s Suspiria last year. He updated Dario Argento’s 1977 classic with a focus on the Baader-Meinhof attacks in Germany in the mid-1970s. Say what you will about Guadagnino’s film, but you’ll never see a Marvel movie incorporating an obscure German terrorist cell from 40 years ago into the core of its structure. Marvel has typically neoliberal centrist politics, and any deviation is prevented by self-selection: look at how Marvel directors reacted to Scorsese’s casual dismissal. Most were petulant, others were miffed and arrogant. Only Robert Downey Jr. showed some humility and insight on The Howard Stern Show, where he told Stern, in disbelief, that he doesn’t agree that Scorsese is “jealous” of Iron Man. Robin laughed.

HBO, guided by the same centrist mindset, demonstrated their politics with the Game of Thrones finale, where a revolutionary is again positioned as a villain. Drew Daniel wrote a fantastic piece about the finale for n+1, among abundant insights: “Game of Thrones offers a note-perfect reflection in a gilded fantasy mirror of the banality of mainstream discussions of ‘violence.’ It is a form of constitutive aversion to ‘extremism’ perfectly suited to the people who have to steer a massive multimillion dollar franchise and thus must avoid doing things that are unpopular: these are people called showrunners. It bears pointing out that these showrunners are also millionaires from the 1 percent (Benioff’s father used to run Goldman Sachs). In order to be popular, their narrative must play with but not unleash the real dragon: popular disenfranchisement under capitalism, and all the surging effects of hatred and despair and longing that roil beneath its mandatory quotidian acts of consumption and compliance.”

Marvel movies, looking ever inward, cannot reflect or comment on our world, and that leaves us bereft. More than mourning, Scorsese is warning of a potentially disastrous ahistorical age where cinema’s power as a social force is diminished or destroyed. This is in the interest of capital and the theme parks—or, at best, in the way. We cannot reach revelation in a go-cart. A universe of superheroes can only critique our world second or third-hand through allegory. How much can we learn about ourselves from these movies? There can be no Falling Down, Network, Shoot the Moon, His Girl Friday, or 12 Angry Men in the Marvel Cinematic Universe, where politics are obscured and ossified. A film like Joker has to be snuck in like a bomb by a bunch of adult teenagers who believe they’re planting a doggy bag full of shit, and what a shame that the movie isn’t as good as it should be. Marvel does not expect its audience to be politically aware or intellectually curious participants in anything other than safe surprises.

So what now? Is it time to get the cement trucks ready? Do we have to bulldoze the movie palaces? No, not in my lifetime. I don’t want to condescend to Marvel fans, by all accounts the movies are good and satisfy their audience, as opposed to the completely insane Star Wars fanbase. There are plenty of Gen X’ers willing to scoff and move on from Spider-Man, and the cinephile straw man still somehow survives. As Nick Pinkerton said, "Release The Hunt. Release I Love You, Daddy. Release A Rainy Day in New York. Let the cinema breathe free.” With Disney+ on the horizon and a sun setting soon on Netflix, film history is in peril as always and preservationists like Martin Scorsese should be greeted with gaping mouths, bows, and nothing else. You could throw all of this man’s films into an incinerator and he would still be one of the most important film preservationists in history. He believes in life, Marvel believes in money. The public makes its preferences known.