Doctor Sleep is a misbegotten and mediocre sequel to The Shining. C 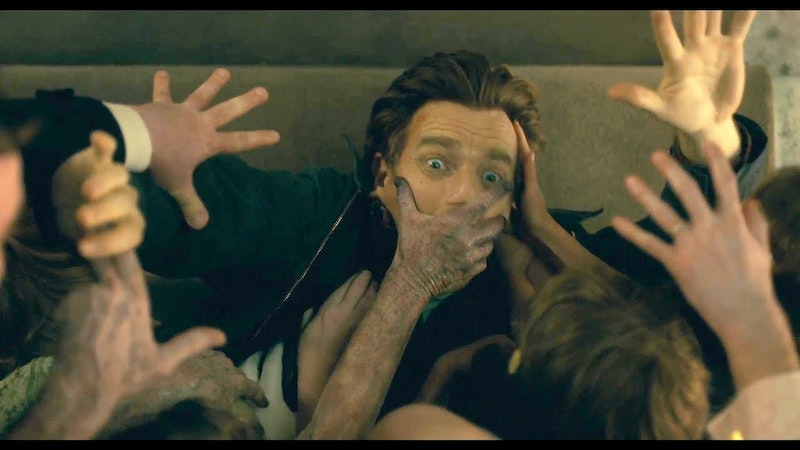 Why was The Shining, Stanley Kubrick's 1980 adaptation of Stephen King's novel, a classic? Was it the slow burn? The menacing performance by Jack Nicholson? The instantly iconic location of the Overlook Hotel? Or the hint of a larger mythology, which led to the sort of wild-eyed conspiracy theories about The Shining explored in the nutty but irresistible 2012 documentary Room 237?

Doctor Sleep, the nearly 40-years-later sequel to The Shining that arrives this week, is instead built around another aspect of that film that I never considered nearly as compelling—the "shining" of the title, possessed by the young Danny Torrance, which is a combination of psychic powers and the ability to communicate telepathically.

The film, while paying more direct homage to Kubrick's movie in the final third, is an overlong slog at two and a half hours and doesn't get what was so great about the original. Also, it has one particular moment that's so awful that it overwhelms the rest of the movie.

It's part of a renaissance in King adaptations occasioned by the massive box office performance of the first IT movie, although as King also approved of this year's lackluster IT: Chapter Two and even cameoed in it, it's not clear that King is the best judge of the quality of the cinematic adaptations of his work. There was a King-sanctioned TV adaptation of The Shining in the 1990s, and it was forgettable.

Doctor Sleep is about the continuing life of Danny Torrance, played as an adult in the present day by Ewan McGregor. An alcoholic like his father, Danny still struggles with his powers, as well as the trauma that resulted from his childhood visit to the Overlook. Eventually, he gets sober, moves to a small town in New Hampshire, and finds a job providing palliative care in a nursing home. He also establishes a connection with Abra (newcomer Kyliegh Curran), a young girl with psychic powers. They're soon doing battle with The True Knot, a cult of vampire-like villains led by fedora-clad Rose the Hat (Rebecca Ferguson.) The cult members give themselves a fountain of youth by killing people with the shining and feeding on it as they die.

One of those scenes has the group abducting a young boy (played by Room's Jacob Trembley), and slowly torturing and mutilating him to death. This scene was so graphic and exploitative that it overwhelms everything else in the film. Doctor Sleep is like the IT sequel in that this long series of horrific child murders never draws any attention from media or law enforcement.

There's a lot going on, with the shining power in tension with alcoholism, legacies of trauma, and the ghosts familiar from the first movie. But what the movie lacks is any through-line, or any overarching reason to exist. Another odd thing about Doctor Sleep is that it mostly doesn't attempt to replicate Kubrick's visual style for, before flipping the other way in the third act. And that finale, which makes better use of the location than Steven Spielberg's Ready Player One did last year, is still relatively pointless. I know why the ghosts at the Overlook are so pissed off. It’s because new filmmakers keep showing up there, where they don’t belong.