Game Night Has an Unexpected Spirit of Fun

Jason Bateman and Rachel McAdams are a winning couple. B+ 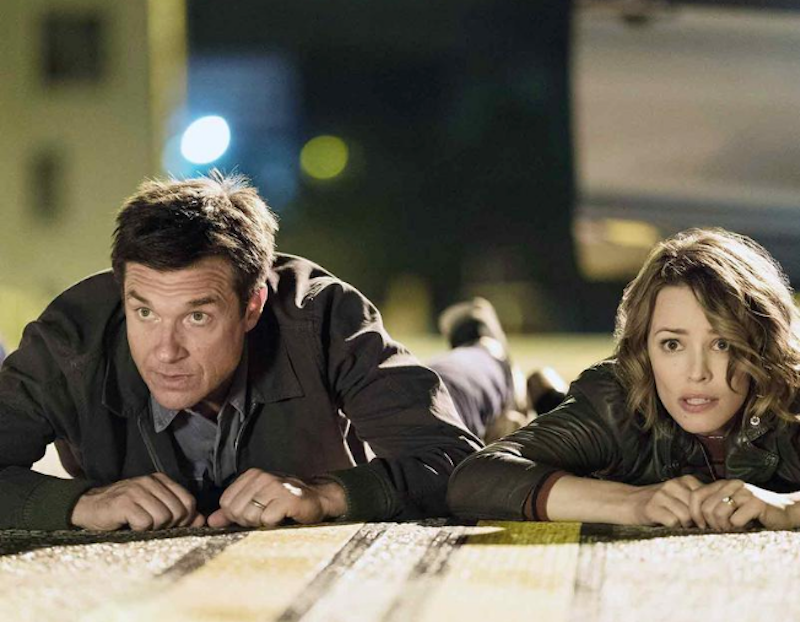 John Francis Daley and Jonathan M. Goldstein, the co-directors of the new comedy Game Night, also co-wrote the two Horrible Bosses movies, and specialize in an oddly specific kind of comedy. One in which a group of bourgeois white adults, led by Jason Bateman, get pulled into the criminal underworld through unlikely circumstances, having to go nervously toe-to-toe with tough guys, and somehow holding their own.

Tiresome as this sort of comedic tack is, Game Night finds success in it, thanks mostly to a deep cast, led by a strong central couple and a breezy tone. It’s uneven, and the plot won’t win any awards for plausibility, but overall the film delivers quality laughs.

Coming from a script by Mark Perez, Game Night offers a garden-variety high-concept comedy hook. A couple (Bateman and Rachel McAdams) enjoys weekly game nights with their friends, even though they’re nervous about their creepy cop neighbor (Jesse Plemons), as well as an upcoming visit by Bateman’s more successful brother (Kyle Chandler).

The brother, though, soon hijacks game night and turns it into a real-life “game”—remember the David Fincher/Michael Douglas movie The Game—and we’re meant to wonder what’s real and what’s not, especially once actual violent criminals become part of the equation. The plot takes us through chase scenes, brawls, and an attempt to steal a rare Fabergé egg.

The plot is wildly convoluted, reminiscent of one of those 1990s thrillers that had a game-changing plot twist about every 10 minutes. The script is too reliant on pop-culture in-jokes that are likely to instantly date it. But the spirit of fun is such that I didn’t really mind. Game Night also moves quickly, and wraps up in just over 90 minutes. You wouldn’t think “Fincher’s The Game, except it’s a comedy” would sustain an entire movie, but it actually does.

The best part of the film is Bateman and McAdams, who are outstanding together, and appear to be a couple who actually like each other. The secondary couple—played by New Girl’s Lamorne Morris and Kylie Bunbury—isn’t far behind, thanks mostly to an inspired gag involving his attempts to guess which celebrity she once slept with. The other couple is man-child womanizer Billy Magnussen, who’s traded in his usual bimbos for a ringer (Catastrophe’s great Sharon Horgan) who might help him win the games.

Meanwhile Plemons, reunited with his old Friday Night Lights coach Chandler, has a rare outing in a comedy and makes the most of it, in a role that transcends stereotypes about both cops and creepy neighbors. There are also decent small roles for the likes of Jeffrey Wright, Danny Huston, Chelsea Peretti, and Michael C. Hall, who somehow looks as though he hasn’t aged a day since Six Feet Under went off the air in 2005.

Game Night isn’t anyone’s idea of an instant classic, but it’s still the most overachieving studio comedy in quite some time.