David Cronenberg Through the Eyes of the Disease 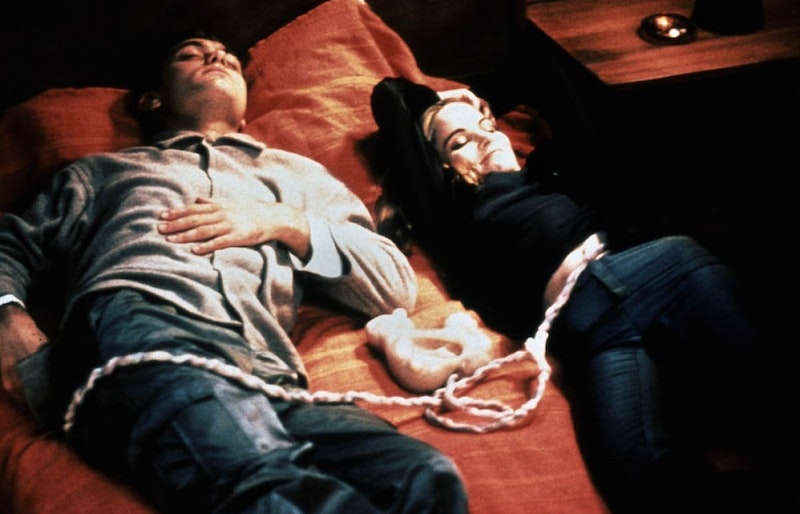 It’s no surprise David Cronenberg is acclaimed—his films are surely unique. I’m surprised that the term “Cronenbergian” isn’t as widely used as say, “Lynchian.” Cronenberg’s ability to cause the viewer to shiver and squirm in their seat is no small thing, and his execution is better. Naked Lunch has moments that are so carnal and disturbing they can only make you cry out in laughter. The Fly, although the humor is pronounced, as it stars the inscrutably goofy Jeff Goldblum, who is so physically absurd you can’t help but mutter, “What the fuck is this?” while watching any one of his films. I can’t imagine being a soccer mom and seeing one of Cronenberg’s films on a whim in a theater when they were released. Lars Von Trier, Harmony Korine, Nicholas Winding Refn, and all the other new age shock grabbers have nothing on the intensity of Cronenberg.

Yet I can't exactly call myself a fan. His film Videodrome lacks substance and appeal, dragging on and on and leading nowhere. Same goes with the William S Burroughs adaptation of Naked Lunch. A better movie than book, but that's not saying much. Scanners is somewhat interesting for its visuals and body horror but still left me with the feeling of the fast forward.

eXistenZ, though far from a masterpiece, is easily my favorite Cronenberg film. It’s where Cronenberg's dark humor shines. The movie doesn't take itself too seriously and has a level of campy eeriness reminiscent of Lynch, but maybe that's just the illusion cast by Willem Dafoe's cameo. Jennifer Jason Leigh is perfect, adding to a level of absurdity and sexuality. Cronenberg's perversity also takes over in this film, as he continues his recurring theme of sticking slivery phallic objects inside gaping gushing holes. Even a young Jude Law appears for comic relief. The film is more self-aware and down to earth than its contemporary The Matrix, which was released the same year and has similar themes and styles of meta science fiction. It’s certainly easier to follow and grasp onto. Less action scenes, which probably contributes to why in comparison The Matrix is more popular. The similarities are there but superficial—aesthetically, eXistenz does laps around its counterpart.

Cronenberg’s magnum opus is Dead Ringers, a remarkable film that puts lead actor Jeremy Irons to the test. Irons plays both roles of the twin gynecologist brothers who increasingly spiral down into their drug delirium. Dead Ringers not only is perfectly crafted scene-to-scene, building up to its stunning climax, but it addresses social issues such as drug addiction, mental illness, and the world of academia.

Also starring Irons, M. Butterfly is another beautifully crafted yet subtle film with an unforgettable ending. Though not commonly discussed compared to other tall Cronenberg trees, M. Butterfly exemplifies the director's ability to build to a gripping climax. M. Butterfly is poetic, yet tragic, showcasing Cronenberg's diversity as a filmmaker.

Maps to the Stars could also be Cronenberg's masterpiece. The 2014 film paints a—to my mind—realistic picture of Hollywood, of falling prey to the false idea of happiness in success that stardom. His critique of Hollywood culture is made more effective by his use of an A-list cast featuring Robert Pattinson, John Cusack, and the knockout Julianne Moore. The film is much more than just a satiric portrayal of stardom. It’s an engulfing view of humanity, of repressing secrets and fears for lifetimes and paying ultimate consequences. Less bodily mutilation, and more bleak assessments of humanity.

Though both notable avant-garde directors who have created their own distinct styles, Cronenberg's films, if not more obscure, are more purposeful than Lynch's. There's no denying Lynch's ability to create atmosphere in his films, much like Francis Bacon in his paintings. Twin Peaks, Blue Velvet, Eraserhead, Lost Highway—all supreme feats. And while they look distinct and “Lynchian,” they don't exactly offer any insight into the human condition. Cronenberg's films do, though he may resent that assessment, as he seems to prefer to make films from an objective point of view, claiming they should be seen “from the point of view of the disease.”