Looking to Get Outside

Here Today (A-) is fine return for Billy Crystal, while The Outside Story (C) is simply dull. 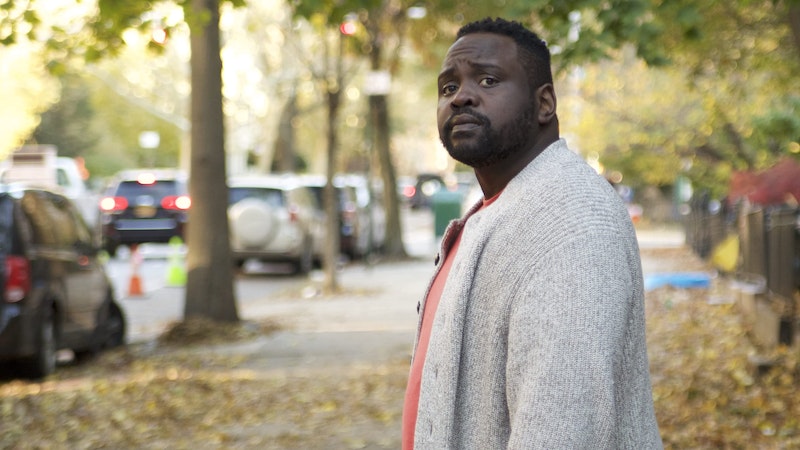 Billy Crystal didn’t direct a movie for nearly 20 years following 61*, his fine 2001 HBO film about the home run chase between Roger Maris and Mickey Mantle. He’s back behind the camera (and in front of it) for Here Today, an engaging comedy/drama about an aging showbiz man looking back at life with regret.

Crystal, in his best performance in recent memory, plays Charlie Burnz, an accomplished comedy writer who’s still employed, in his mid-70s, as a writer’s room elder statesman on an SNL-like comedy show. In the early stages of dementia, Charlie’s feeling regretful about certain long-ago tragedies that’ve led to strained relations with his grown children (Penn Badgley and Laura Benanti.)

He meets Emma (Tiffany Haddish), a street singer with whom he soon develops an ill-defined but intense relationship. Is Haddish, who’s about three decades Crystal’s junior, meant as a romantic prospect, a protégé, or a surrogate daughter? That’s mostly left unclear, although the two performers, who represent two very different ends of the American Jewish comedy tradition, have outstanding chemistry together.

The film was co-written by Crystal along with his fellow SNL writer Alan Zweibel; the two had previously co-written Crystal’s acclaimed one-man stage show 700 Sundays. These two men have some insight to share about what it’s like to still work in comedy when you’re in your 70s, but the show-within-the-movie has a definite Studio 60 on the Sunset Strip problem—all of the sketch comedy is ghastly, even by the standards of modern-day SNL. Then again, the film establishes that one of the advantages of being a famous aging comedy writer is that when you have a dementia episode in public, everybody watching just assumes you're doing a bit. Crystal was able to call in favors for cameos from the likes of Kevin Kline, Sharon Stone, and Barry Levinson.

Unlike last year’s Anthony Hopkins film The Father, Here Today doesn’t do anything inventive in depicting dementia, although it does make some directorial choices that are questionable, starting with the device of depicting Crystal’s late wife entirely through point of view shots.

The Outside Story is an odd little indie movie, one that provides a leading man showcase to a talented actor and puts him in a variety of potentially humorous situations. But even so, the film is disjointed, leading up to an ending that makes little sense. The film, written and directed by Casimir Nozkowski, stars actor Brian Tyree Henry, who was a standout in supporting roles on the TV show Atlanta and in movies like Widows and If Beale Street Could Talk. Here, he plays the leading man, Charles, over the course of an eventful day in a Brooklyn neighborhood.

Charles has recently split with his girlfriend (Sonequa Chaunté Martin-Green, from Star Trek: Discovery), who’s scheduled to move out that day. A homebound sad sack since the breakup, Charles soon finds himself locked out of the apartment, without money or shoes, a predicament that has him depending on a colorful set of neighbors.

These include a polyamorous trio of neighbors; a mean stage mom (Orange is the New Black veteran Maria Dizzia), the stage mom’s daughter (Olivia Edward, the youngest daughter from Better Things), and an officious traffic cop (Sunita Mani.) The talents of Asia Kate Dillon, who plays the gender nonconforming financial genius Taylor on Billions, are sadly wasted in a single scene, in which several people argue with each other about their mutual infidelities.

That Charles has a twee day job (he edits video montages for still-living actors, meant to be played upon their deaths) indicates that Outside Story is going to be a much quirkier movie than it actually is. It’s dull, depicting a boring and unfamiliar version of Brooklyn.