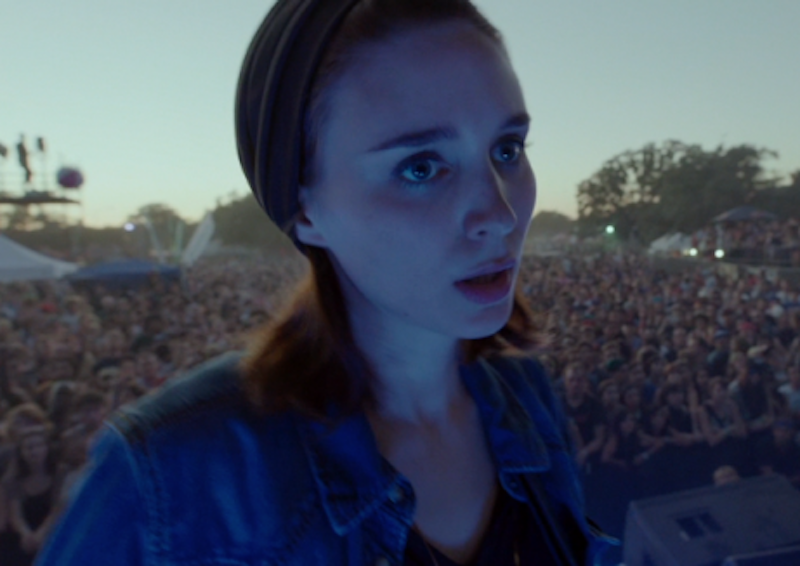 Is he done yet? Has everyone had enough of Terrence Malick’s born-again phase? No more beautiful people in beautiful clothes in penthouses and cocktail parties, a universe where it’s always magic hour, and everyone is dead-eyed and can’t complete a sentence. Malick is blessed-out and nude, although his shtick was much more aggravating when it hit a broken chord in 2011 with The Tree of Life. Walking out of that packed screening at Baltimore’s Charles Theater in May 2011 totally steaming, and having a friend of mine nearly in tears, blown away by it—it was so confusing, and no fun. At least I can wallow in the delusion that that dress was white and gold. Seeing Knight of Cups and Song to Song in consecutive years in nearly empty Charles screens felt more just, more right. I appreciate that Malick called the bluff of the audience and the critics that fell for the epiphany-core nonsense of The Tree of Life and seeing how far he could go off the deep end with increasingly obtuse ideas and paper-thin premises.

I enjoyed Song to Song much more than Knight of Cups last year, but that’s probably just the cast: Cups was two hours of Christian Bale, a humorless, uninteresting downer—Song to Song is Rooney Mara, Ryan Gosling, and Michael Fassbender for the most part (Natalie Portman and Cate Blanchett pop up eventually), and thankfully they have a sense of humor and a playfulness that was absent in the grim, vampiric dread of Knight of Cups. This new one is being promoted as some South by Southwest or Austin, TX love triangle, but besides some cameos from Patti Smith, Iggy Pop, and the Red Hot Chili Peppers, there’s not much of Austin besides its skyscrapers and mansions and chateaus and beaches (?). Yes, this is a Terrence Malick film, there will be many shots of water rippling just as the sun is setting. Maybe some famous people will look lost and wander around each other, not sure what to do, making random movements and coming close but never quite touching. Maybe one of them will skip a stone over a lake. They’ll speak in voiceover. Someone behind you in the theater will ask their partner if they can leave yet. They’ll probably dip 20 minutes before the movie is over. This is fine. This is how it should be for Malick’s born-again phase.

In an otherwise rave review for The New York Times, Manohla Dargis wrote “Song to Song is filled with beautiful people adrift in beautiful (glass) houses and natural settings. All this loveliness has its pleasures, but Mr. Malick’s visual choices also give the film a commercial luster that can rob that beauty of its power… both the familiarity of his aesthetic and the inability of some of his actors to summon an inner light create immaculately photographed surfaces rather than immanence. You see the poses, not the divine.” Bizarrely, she adds, “Seriousness in cinema is often viewed with suspicion and that’s as true now as it was when, say, Antonioni shook up the art. The difference is that now seriousness (and beauty and grace) is rarely part of a wider discussion, because that conversation is dominated by corporate cinema, where there’s often little to argue over and get excited by.”

What? Overwrought, “serious” films flood the market every fall and winter as awards season approaches. Manchester by the Sea, Moonlight, La La Land, Arrival, Nocturnal Animals, among many others nominated this year—they were serious, believe me. Malick’s “seriousness” (what does this even mean? Obtuse? Difficult? Sad? Ambitious?)

I admit Song to Song had a psychedelic effect on me: as I was leaving the theater, a storm was brewing and it was exceptionally quiet and calm outside—searching for a cab, I felt like I was in slow motion, every turn of the head mimicking one of Emmanuel Lubezki’s gorgeous camera movements. I still go to see his movies because they’re always frustrating, frequently beautiful, and very occasionally I felt the transcendence that all of Malick’s seem to be in service of. A warmer cast and a peripheral focus on music made this one bearable.