A round-up of films for the holiday season. 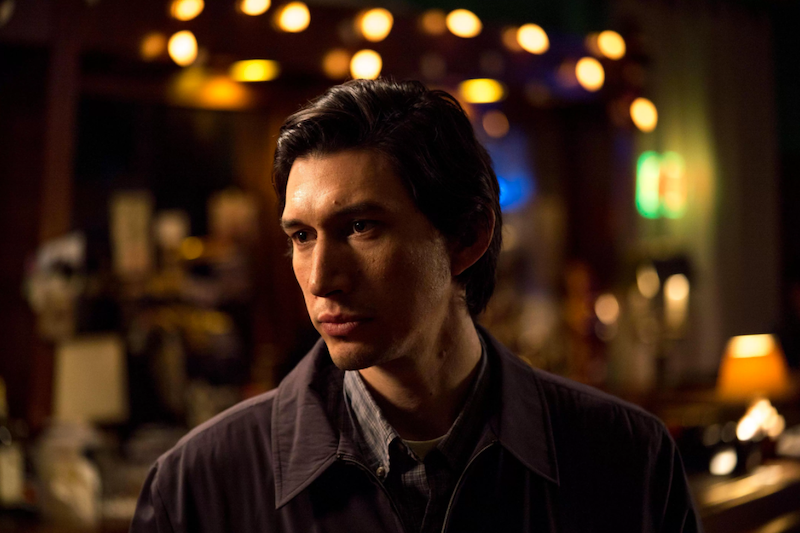 Paterson: Here’s a sweet and lovely film, from director Jim Jarmusch, featuring a pair of breakout performances and a lived-in sense of place for Paterson, NJ. The movie is called Paterson, because that’s the setting and also the name of the main character. Paterson (Adam Driver) is a bus driver who’s also an aspiring poet—the movie, refreshingly, doesn’t pretend that “poet” is a full time job.

The largely plot-less film shows a week in the life of Paterson, who lives with his artist wife (Golshifteh Farahani, who deserves to ride this role to stardom). Paterson goes to work, listens to the problems of his boss (Rizwan Manji), hits the local bar, and writes poetry. There’s not much forward momentum, and very little conflict. But that’s okay—the film works well enough as a character study—and its ending is fantastic.

Passengers: Passengers looks great on paper. It’s an expensive sci-fi epic, with impressive sets and production design, from the director of mostly good The Imitation Game, and starring a pair of sexy stars (Chris Pratt and Jennifer Lawrence) who are on career hot streaks. It also seems to fit squarely into the recent genre that I’d call “prestige sci-fi,” in the tradition of Gravity, Interstellar, The Martian, and Arrival— science fiction movies with big ideas that both draw audiences and compete for Oscars.

But Passengers fails, for a couple of reasons: it lets one of its characters off the hook too easily for a horrible act, and its ending is laughable, borrowing at least two different plot holes from Star Trek: Into Darkness.

It’s the future, and Pratt and Lawrence are among a large group on a spaceship, left in suspended animation for over 100 years in order to arrive at a new space colony. Pratt, a mechanic, accidentally wakes up 90 years too early, and is soon tempted to wake up the gorgeous journalist (Lawrence) whom he's been admiring from afar.

The problem here is that Pratt commits a terrible, vile act, which the movie acknowledges, but then brushes this off as if he were a husband who’d forgotten his wedding anniversary. It all leads up to an odious, contrived ending that would be horrifying if it weren’t so laughable.

Sure, it looks fantastic, and there’s a truly awesome action setpiece involving a swimming pool in zero gravity. But this sort of movie needs to thrive on its ideas, and Passengers has only bad ones.

Hidden Figures: The story of a trio of African-American woman mathematicians who played crucial but unheralded roles in the Space Program of the 1960s, Hidden Figures is a triumph. It doesn’t feel like homework or a history lesson, and it’s also paced and photographed differently than the many previous movies made about the early space race.

Directed by Theodore Melfi—in a big improvement over his last film, the sub-par Bill Murray vehicle St. Vincent—Hidden Figures is set at NASA in early 60s, as Katherine Johnson (Taraji P. Henson), Dorothy Vaughan (Octavia Spencer) and Mary Jackson (Janelle Monae) work on the calculations that led to John Glenn orbiting the Earth. They did this while the bathrooms at NASA headquarters were still segregated. Henson is the highlight, in a feisty performance that’s a 180 from her famed Empire role. Who really stood out to me was Monae, better known as a singer, in her second outstanding performance of the year after Moonlight.

Glen Powell, the breakout among the McConaughey impersonators in Everybody Wants Some!, plays John Glenn. The third act depicts his Friendship 7 mission in 1962 and it’s well put together, although let’s just say there’s not a lot of suspense over whether Glenn lives or dies. Hidden Figures is crowd-pleasing and satisfying, while also a must for NASA buffs who will get to hear a story that was mostly left out of The Right Stuff, Apollo 13, and From the Earth to the Moon.

A Monster Calls: A Monster Calls, director J.A. Bayona’s adaptation of the novel by Patrick Ness, has received strong advance notices, mostly from people admitting they cried their eyes out, especially at the ending. But the film left me totally cold. It’s the story of a young boy (Lewis MacDougall) struggling to come to terms with the impending death of his single mother (Felicity Jones), who begins receiving visits at night from a huge tree (Liam Neeson), who tells him cryptic stories.

This is one of those movies were you either fall under the spell or you don’t. I didn’t. While Neeson’s voice work is excellent, I thought the tree looked ridiculous, and the stories a whole bunch of mumbo jumbo. It’s also not especially well-cast. MacDougall was one of the more annoying movie kids in memory, and while Jones is fine, I’m still trying to figure out the ludicrous casting of Sigourney Weaver as a severe British grandmother. The finale sequence is affecting and emotional, but up until then there’s nothing special.

Sing: Universal and Illumination Studios, apparently flush with that sweet Minions cash, have spent some of it on Sing, a new animated jukebox musical, featuring a ridiculously star-studded voice cast and clearances for at least snippets of about a hundred different well-known pop songs. It’s fun but not very original.

Sing was written and directed by Garth Jennings; considering most Pixar and Walt Disney Animation movies these days have five writers and between two and four directors, it’s refreshing to see some auteurism in studio animation for once. Sing, borrowing liberally from many places but mostly the Muppets tradition, focuses on Buster Moon, a koala and failing theater impresario voiced by Matthew McConaughey, not sounding especially like himself. Facing foreclosure on his theater, Buster launches a talent show competition, which attracts numerous animal characters eager to sing pop songs of yesterday and today.

The animal characterizations are hit and miss. The best character is Rosita (Reese Witherspoon), a pig and mother of 25 who’s got secret dreams of music stardom. Her arc is the film’s best by far, including an elaborate Rube Goldberg contraption she uses to parent her kids while she’s gone rehearsing, and a great punchline. Less creatively, there's also a mouse whose combination of crooning and general sleaziness could only be voiced by Seth MacFarlane. Meanwhile, rather than resort to base stereotypes a la Sausage Party, Sing just makes up new ones. The porcupines are hipsters. The bears are Russian gangsters. The chimps are cockney-accented English gangsters.

Things eventually get pretty silly, and it’s the third 2016 animated movie (after Finding Dory and Secret Life of Pets) in which a small animal manages to steal and drive a human-sized car. Then again, the characters actually get to form and speak words, which is more than I can say for the Minions.