It's Time to Retire the Man vs. Animal Movie

It’s easy to understand the appeal of these films. 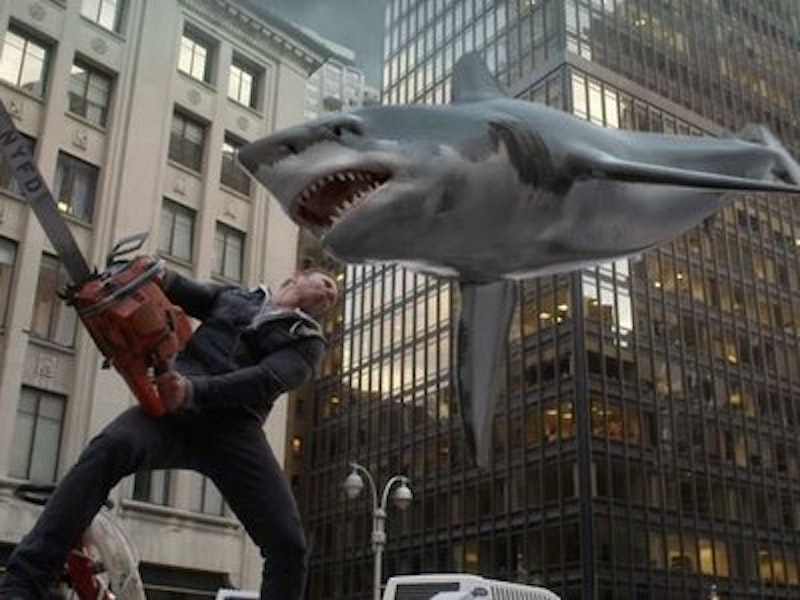 While Finding Dory stayed atop box office for the second weekend in a row, a different story of the sea was the real surprise. The Shallows scored a $16 million opening, nearly making back its $17 million budget in one swoop. We shouldn’t be surprised at its success, as the man vs. animal narrative has never failed to entertain audiences. Jaws legitimized the genre in 1975, but even less memorable fare such as The Grey, Anaconda, The Edge, Lake Placid, and, most recently, The Revenant all earned a profit. Even Sharknado launched a franchise.

It’s easy to understand the appeal of these films. As our social, economic, and environmental problems get more complicated and seemingly unsolvable, these action-oriented tales connect us to our more basic, primal selves. They speak to a time in our early existence in which man (and in the case of The Shallows, woman) battled animals for domination. These battles are simple and clear-cut; there is no negotiation or compromise, like there is off-screen. The Shallows and its cinematic kin see a pitched battle against an animal as man’s most natural and perhaps ideal state of being.

The only problem is that they no longer reflect reality. Mankind is no longer battling animals for survival. On the contrary, our survival depends on theirs. Studies show that we’re currently in the middle of the sixth mass extinction, with 150-200 species of animals and plants going extinct every day. These species are lost mostly due to rainforest clear-cutting and ocean dead zones, which ironically are caused in large part by animal agriculture. In other words, the animals we eat are causing wild animals to perish. Animal agriculture is also a leading cause of climate change, and with meat consumption continuing to rise across the globe (although not in the U.S. or U.K.), it might be that our killing of animals ends up causing our own demise as well, or at least radically redefining our existence on this planet.

In which case the man vs. animal fairy tale is dangerously antiquated. The Shallows is an apt example. Blake Lively plays Nancy, a surfer who visits a secluded beach and promptly gets a chunk taken out of her leg by a super-sized shark. After climbing to a nearby rock, she engages in a battle of wits and feats of strength with the fish, who, for some reason, has decided to make killing her his life’s mission. For an hour of running time, Nancy is the David to the Goliath shark, and her survival seems like a million to one shot.

It’s a far cry from the situation on the ground, or in the water. From 1958 to 2014, there were only 2778 unprovoked shark attacks in the entire world, with around 500 fatalities. That’s fewer than 10 fatal shark attacks per year. In the U.S. alone, there have been only 35 fatalities in that time, and there have been none since 2013. Yet they still hold an outsized place in our collective imagination, largely because of films like Jaws and its endless B-movie imitations. These days, perhaps the biggest contributor to the myth of the aggressive, bloodthirsty shark is the Discovery Channel’s Shark Week.

These statistics show a very different reality than the one portrayed by the media: Humans are the predators, and sharks are the prey. In an ironic twist of timing, just days before The Shallows opened, a bipartisan group of U.S. senators introduced the Shark Fin Elimination Act to ban the trade of shark fins by the U.S. Shark finning is an inhumane practice by which sharks are caught, have their fins removed, and then their live bodies are tossed back in the water to die a painful death. Some sharks starve to death, while others are slowly eaten by other fish. Because sharks need to keep moving to force water through their gills, many simply drown. This practice is perpetuated to feed the growing market in southeast Asia for shark fin soup, a delicacy that can cost $100 a bowl and is often served at weddings. Beyond its obvious cruelty, the appetite for shark finning has brought shark populations to dangerously low levels. According to Oceana, the demand for fins, brought on by increased prosperity in China, is one of the greatest threats currently facing shark populations, with as many as 73 million sharks ending up in the global market each year.

Sounds like a tragedy, but it’s hard to feel bad for a movie monster, and the same vilification that afflicts sharks applies to other animals. The Grey pits an ordinary man (Liam Neeson) against a pack of killer wolves, but in actuality, gray wolves need protection from the Endangered Species Act after being hunted to the brink of extinction in the latter half of the 20th century. Meanwhile, the bear attack in The Revenant was top-notch visceral moviemaking (with no real bears involved), but off-screen six of the world’s eight species of bear are threatened with extinction. Why do we make scary films about animals that can barely eke out an existence among us? Probably for the same reason we hunt them nearly out of existence: to exert our domination.

At best, man and animal are fighting equal battles for survival on our planet. At worst, we are the predator to their prey, and we’re winning. All of which makes movies like The Shallows dangerous. They convince audiences to demonize any animal that has the power to kill a person, even if they rarely do. This makes it all too easy for us to look the other way when our industries wipe them off the face off the planet in short order. By the time we finally wise up, it might be too late to save ourselves, and that’s hardly a Hollywood ending.