Get in the Ring

The author’s first viewing of The Decline of Western Civilization (1981), from director Penelope Spheeris. 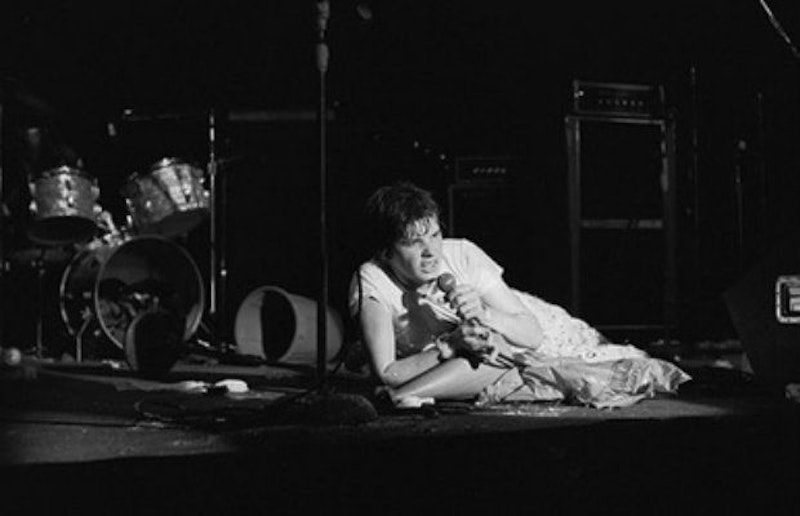 Even for a documentary as retrospectively deified as The Decline of Western Civilization is, aesthetic objections beg to be lodged. I dug the Slash magazine segment, but could’ve done without the associated Catholic Discipline set. That ethereal blue filter used to film what would later come to be known, in the reality show world, as “confessionals” was needless, and distracting. Candid, backstage time might have been better spent with the Alice Bag Band instead of X—except that the Alice Bag Band was already over, essentially, and X were arguably telegenic careerists whose moment would outlast every other group features here.

Quibbles aside, Decline feels nearly as vital today as it must have for period punk rock audiences. Filmed in 1979 and 1980, the movie opens with an intimate live audience survey—its sneers, middle fingers, pulled faces, bodies colliding violently—and expands to capture sets by the Germs, Black Flag, and Fear, among others. This is a young, disaffected Los Angeles. The talking head elders—this scene’s putative authorities—consist of bemused squares and blank-eyed bouncers. No police.

Here we witness the template of a punk show set in concrete: the wiry, wired musicians performing as if possessed, the unruly, stage-crashing crowds, the frazzled technicians, the merciless security. Mosh pits I’ve personally survived pale in comparison to the pogo dance fits on display in Decline, where participants appear truly primed to kill, to cripple, to maim. Watch the statuesque Alice Bag stare down one wannabe badass after another. See Black Flag singer Ron Reyes set upon by fans after falling off stage. Gasp at the Circle Jerks in combat with the kids who worship them. A sense that everything is on the verge of descending into chaos at any second is inescapable.

The pace isn’t entirely relentless. Director Penelope Spheeris grants her narrative room to breathe: the members of X applying homemade tattoos and goofing off, Reyes offering a tour of the graffiti-strewn, $16 per month space (in a former church) where he resides, Kickboy Face explaining in no uncertain terms that he lives to be hated. Yet for every prosaic moment, Spheeris inserts a clawing, caustic glimpse into the pit: concertgoers clustered and tribe-like, assaulting one another, exchanging gobs of spit with the bands they paid money to see.

Two segments—each highlighting the underlying dangers of this scene—stand out for me. In the first, a drug-destroyed Darby Crash lurches across the stage, omitting lyrics, unable to keep a microphone near his mouth to amplify the ones he can remember, a fan writing something on his back in black Magic Marker; months later, he would commit suicide. In the other, Fear baits their audience with so much misogyny and homophobia that the show almost degenerates into a riot before it can even begin. There are lessons here, still waiting for us to learn them.