On The BFG, Swiss Army Man and Wiener-Dog. 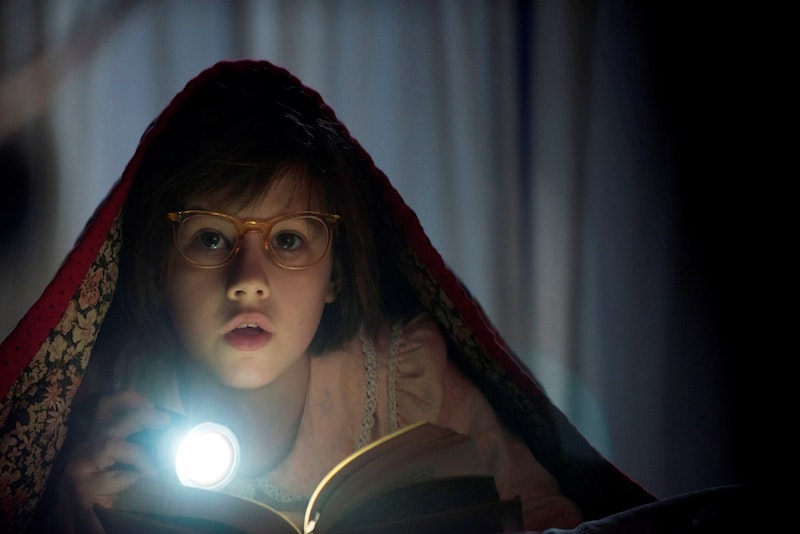 Steven Spielberg’s new film, The BFG, represents the director's return to children’s films, with a plot that bears more than a passing resemblance to that of E.T.: The Extra Terrestrial, even using the same writer. It’s also the first movie Spielberg has ever directed for Disney.

It’s no E.T., I’m afraid. The BFG has its moments, and some pretty great world-building and visual delights, but it’s firmly Minor Spielberg. An adaptation of Roald Dahl’s 1982 novel of the same name, The BFG is yet another Spielberg tale of a small child connecting with a funny-looking, otherworldly figure. A young orphan girl in 1980s London named Sophie (Ruby Barnhill) is visited in the night by the titular giant (a CGI’d up Mark Rylance) who acts as a “dream catcher” (and deliverer) for children throughout the land. After he takes her to his home in the countryside, the twist is that the giant is actually much smaller than all of the other giants, who bully him mercilessly. (The “F,” by the way, stands for “friendly.”)

The solving of that problem involves a visit with the queen at Buckingham Palace, in an extended comedy of manners. Ultimately, The BFG is the story of the relationship between the little girl and the giant, and while it’s cute, it never comes close to the emotionally highs of E.T. (The two films share a screenwriter, Melissa Mathison, who passed away last year; this is her final screen credit.)

The film offers some impressive sights, especially the way it depicts London at night, with the giant tiptoeing around; that Buckingham sequence is a highlight too. Overall, though, there’s not much here. The first half of the two-hour film is a huge slog and takes forever to get going. A little bit of the giant character goes a long way, especially his method of bizarre speech that gets tiresome after about five minutes. And Barnhill, as the young girl protagonist, isn't much of a presence.

Rylance is a fantastic actor—he came out of nowhere to win an Oscar for Spielberg in last year’s Bridge of Spies—but there’s only so much he can do with a weird, off-putting-looking CGI head. The film has a few more fart jokes than one would prefer. And those who denounce the reputedly left-leaning Spielberg as an establishment neoliberal will have a field day with the part in which the heroes enlist the power of the British military to eliminate their enemies.

It’s also worth noting that my kids (aged four and six), who normally enjoy every movie that’s put in front of them, didn’t like The BFG at all, and my younger son practically ran away from the theater screaming and crying.

Steven Spielberg, as always, has about five future movies on his plate following the one that’s coming out right now. I predict all of them—with the likely exception of the fifth Indiana Jones—will turn out better than The BFG.

I hated Swiss Army Man. It’s a comedy/drama in which an irritating protagonist uses a dead body/imaginary friend as inspiration to gather the courage to finally approach the girl he’s long been stalking. This is the movie that came out of Sundance dubbed “the Daniel Radcliffe farting corpse movie” and is shaping up as an unlikely indie hit. If you think it might be an intriguing, bizarre curiosity that’s worth seeing, it’s not. I’m all for experimentation and films that are nothing like anything before, but Swiss Army Man just takes indie twee to its logical endpoint.

Paul Dano plays Hank, who’s on a deserted island and about to commit suicide. Onto the beach rolls what appears to be a dead body, in the person of Daniel Radcliffe. Then the “corpse” farts. Again and again. Then the corpse takes the form of a jetski and allows Hank to travel back to the mainland.

I don’t remember when I’ve hated a movie’s protagonists more. When they were attacked by a bear, I rooted for the bear. And the third act, featuring Mary Elizabeth Winstead as a woman Dano has long fantasized about, is considerably creepier than the filmmakers probably intended. Dano, wearing a scraggly beard that makes him resemble the pro wrestler Daniel Bryan, has risen to the level of the material in such films as There Will Be Blood, Rudy Sparks and Love & Mercy. But more often, he’s the world’s most insufferable indie actor in the world’s most insufferable indie movies. Swiss Army Man, it goes without saying, is in the latter category. As for Radcliffe, I like him as an actor and his post-Harry Potter career is promising. But not even he can do anything with this terrible material.

Wiener-Dog gives us a lot of what we’ve come to expect from director Todd Solondz, and a whole lot Solondz at his best and at his worst. Some difficult, heartbreaking character work? Great! The lengthy, luxurious close-ups of dogshit? Not great.

Solondz’s new movie is a sort of anthology film, telling four tangentially connected stories all centered on the titular dog as it's passed from owner to owner. It’s pretty transparent that Solondz had a lot of disconnected ideas that have nothing to do with each other, so he put them together in one movie with the dog gimmick. It’s quite a dog though—called different names in the different segments and even gets a Western-themed intermission, in an obvious dig at Quentin Tarantino’s The Hateful Eight.

The best segment, by far, features Danny DeVito as a depressed, washed-up screenwriter who moonlights, unsuccessfully, as a college professor. DeVito is rarely in movies anymore, but makes the most of a rare chance at a meaty role. The DeVito plot also gives us some mockery of PC college students, which Solondz himself already did, both with much better success and ahead of its time, in 2001’s anthology film Storytelling.

There’s also Greta Gerwig, stepping into the role of Dawn Wiener—who was in fact nicknamed “Wiener-Dog”—from Solondz’s best film, 1995’s Welcome to the Dollhouse—even though the character supposedly died in a different Solondz movie. And the other highlight has Ellen Burstyn as an elderly woman with cancer, visited by her granddaughter (Girls’ Zosia Mamet.)

Wiener-Dog is no triumph, but if you like Todd Solondz—or dogs—you’ll probably enjoy it.