It's Never Lupus... Except That One Time When It Was

Can House hold it together for, God willing, its final season? 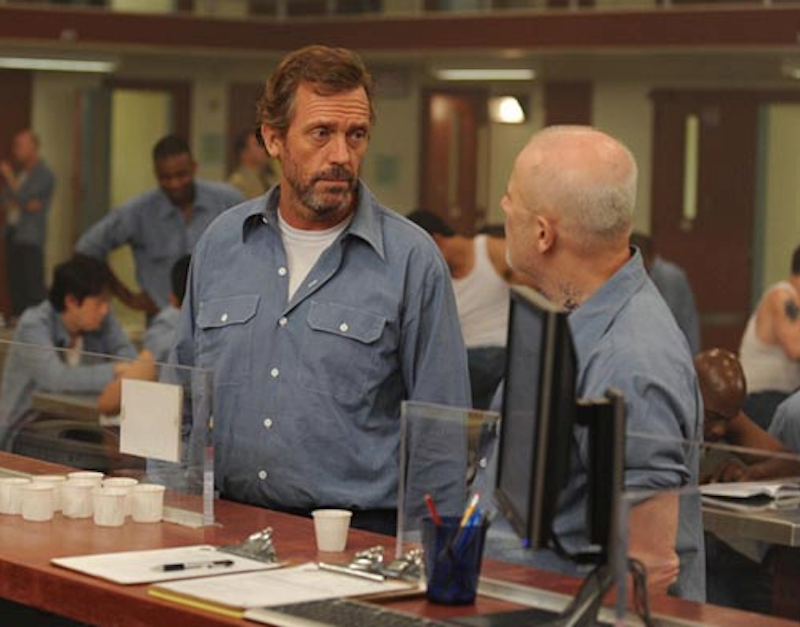 When I last wrote about House, we were halfway through season seven, and things weren't looking good: the show was almost entirely focused on the House-Cuddy relationship, which was problematic to say the least. I don't know how many long-time fans wanted them to end up together, but I sure wasn't one of them, and by sidelining all the other characters, Chase and Foreman in particular, and introducing a flat Cameron replacement (Martha Masters as Amber Tamblyn) who left as abruptly as she arrived, all we had was week after week of House lying to Cuddy, House apologizing to Cuddy, Cuddy wondering if it's worth it, House not understanding the emotional support that Cuddy needs, and so on, all leading up to their breakup and the season finale—quite possibly the worst hour of television I've ever watched—when House drives his car through Cuddy's dining room window and is then seen, in the last seconds of the episode, standing on a tropical beach somewhere far, far away (we learn in 8x1 that he fled to Fiji for three months).

The list of things wrong with that episode is way too long for me to go into here—everything from small goofs like the airbag not deploying, to questions like, How did House escape and flee the country when only hours earlier he tore his stitches while merely limping through the hospital—but suffice to say the show's writers dug themselves a hole, a really fucking big hole, and about the only thing for them to do was to send House to prison. Actually, a friend and I joked that maybe House would stay on the tropical island, and season eight would find him working at some kind of bush clinic, where he befriends a British expat played by none other than Stephen Fry. Arguably, this would have been the show's most brilliant move.

Unfortunately, that didn't happen, and prison is indeed where House ends up; and in a lot of ways not much is different. It's a year later, House is five days from parole (provided he's not written up by guards or staff), and though none of the other show's characters make an appearance, there are comparable stand-ins: Michael Massee plays Frankie, who's constantly cautioning House against any rash decisions, while Odette Annable is Dr. Jessica Adams, the pretty young doctor who House talks into breaking the rules to save an inmate with a mysterious illness—yes, of course, there's a inmate with a mysterious illness. You've seen this all before, it's just now we're in a prison not a hospital. House is still running up against authority—the parole board, the prison staff, a neo-Nazi who demands an exit fee of twenty Vicodin (House has been handing off two of his four daily Vicodin as insurance)—and he's still always right in the end, here at the expense of his parole.

Though we know that everyone except Cuddy (Lisa Edelstein left last season due to a pay cut dispute) will be back at some point, I'm glad they didn't show up here. House specifically mentions he's had no phone calls, no visitors. And while everyone knows amends will be made, friends brought back together, long hours spent talking about House's emotional instability (all the old genius vs. self-destructive insanity stuff that's been the crux of the show, season after season), at least it won't be business as usual within three episodes, like it was back in season six—the season when everything fell apart. And if I don't think the show will ever reclaim the quality and creative possibilities of its earliest seasons (season three in particular), at least the premiere gave me hope that maybe this season won't completely suck.