It’s Kind of a Quirky Interview

Ned Vizzini, whose personal journalism was first published when he was a teenager, and is now a successful author, speaks about the adaptation of one of his books into an acclaimed film. 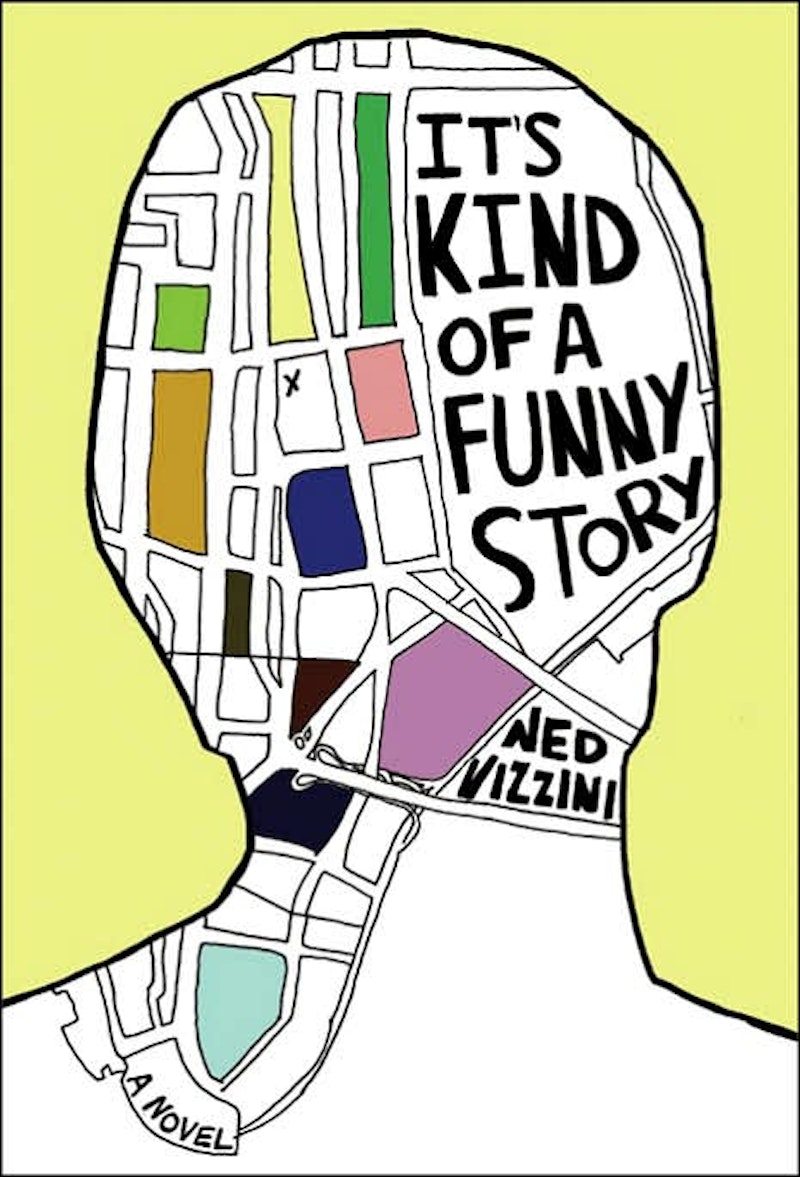 A few years before the turn of the century, a teenager sent a story to the offices of New York Press, a free weekly that I owned at the time. His name was Ned Vizzini, a student at Stuyvesant High School in Lower Manhattan, and after a visit with him, one of his articles was published. Ned was a curiosity to me and the other editors: our office was teeming with contributors of all ages, some of whom were neurotic, amped up on speed, nearly homeless, hopelessly obnoxious or respected professors. Ned, now 29, was a “kid,” but his talent was obvious, and he published numerous articles in the paper before moving on to more lucrative pastures. He’s written three books, one of which, It’s Kind of A Funny Story, was made into a film that’s currently playing across the country. The following interview was conducted by email last week.

Splice Today: How involved were you in the production of It’s Kind of a Funny Story? Were you the guy in the background of the set wearing a beret and making caustic jokes?

Ned Vizzini: I was directly creatively involved with the It's Kind of a Funny Story film in three ways:

1. I suggested the song "Happy Today" by the WoWz to the directors; it ended up on the soundtrack.

2. Prior to the "Under Pressure" musical sequence, if you look at the music group leader's t-shirt, it says "Drunk Horse." That's my t-shirt.

ST: What was your first reaction upon seeing the film, not only because it was based on your book, but also had an autobiographical foundation? And did you think the lead actor, Keir Gilchrist, resembled you as a younger man?

From an autobiographical standpoint, the scene that got me probably won't mean as much to everybody else. There's a scene where Craig's mom (Lauren Graham) suggests to five-year-old Craig (Keir Gilchrist, pretending to be five) that instead of attempting to trace maps of Manhattan, he draw streets of "imaginary places." This is based on real life in the Vizzini household circa 1986. I put the scene in the book and [directors] Ryan Fleck & Anna Boden put it in the film. For me, watching that scene is like watching a memory with great lighting.

Many people who see It's Kind of a Funny Story point out the physical similarity between Keir Gilchrist and me. I was going to deny it, but I set up this side-to-side picture and, uh, okay, point taken. For the record, though, in terms of Keir's mannerisms, those are the mannerisms of the character he's portraying, Craig. If they're my mannerisms too, it's because I gave then to Craig, not because Keir studied me. I didn't meet him until filming was well underway.

ST: How is the film performing on a box-office level, and how much did it cost to produce?

NV: The film is doing great at the box office and it had an $8 million production budget.

ST: Who do you think gave the best performance in the film?

NV: I have to give Zach Galifianakis credit for the best performance in It's Kind of a Funny Story because of his final scene. Like Anna & Ryan's previous film Sugar, a critical moment at the end of the film centers around a look from a character and the decision behind that look. That decision and look are telegraphed devastatingly by Zach. That's not to take away from anyone else; the whole cast is stellar.

ST: My favorite scene was the “Under Pressure” fantasy sequence in the psych ward at Argenon Hospital. Maybe that’s a common reaction, which I thought gave new life to a terrific, but overused, song. What was your favorite scene?

NV: My favorite is the "maps of imaginary places" scene described above.

ST: A film critic for The Detroit News panned It’s Kind of a Funny Story, saying it was an inaccurate portrayal of mental illness. How do you react to such criticism?

NV: Some critics still want their mentally ill people reacting to visions in the closet as violin music spins out of control. In reality, when I was in an actual psych hospital, there were very few obviously sick people; it was mostly just people with no money who were strange. You'd have to talk to them before you figured out that they couldn't stop taking their clothes off in court or had an unnatural fear of plants (courtesy Jim Knipfel). Also, some critics question the conceit of a hospital mixing teen and adult patients. The plausibility of this was vetted by Focus Features prior to production of the film.

ST: As you speak to people in promotion of the film, and your own writing, what’s the most common question you’re asked?

NV: The most common question I am asked these days is whether I picked the actors for It's Kind of a Funny Story. I did not.

ST: What do your parents think of your career today?

NV: My mother saw It's Kind of a Funny Story twice—the first time she loved it; the second time she had "some thoughts." My father calls my compulsion to write "a disease."

ST: You grew up in Brooklyn’s Park Slope neighborhood. What’s the difference between living in NYC and Los Angeles? And would recommend Stuyvesant High School to youngsters in the city?

NV: The biggest difference between NYC and Los Angeles is the lack of ambient noise. I would certainly recommend Stuyvesant to NYC youngsters; it's an incredible opportunity for anyone who can pass that test.

ST: You started writing articles for New York Press as a teenager. What made you want to contribute to the paper, and were you intimidated upon first visiting the office?

NV: I started writing for New York Press because I picked up the paper every Wednesday and it blew my mind! People forget that when the Press was publishing confessional essays in the mid-90s, blogs didn't exist. It was a revelation to me that people could write as well as the Press contributors did about their own lives and that this writing could be debated and slandered weekly in “The Mail" section, which was like a spider's nest of only the most intelligent and defensible Internet trolls before that term existed.

Most of the stories in the paper were about sex and drugs, and I didn't have any sex or drugs in my life, but I figured if I wrote about snot and vomit maybe the Press would want to publish it. The offices definitely intimidated me but I reminded myself that I was a kid and I wasn't even supposed to be there in the first place.

ST: How do you relax? Do you have any hobbies? And, as you approach the age of 30, what do you recall as the highlights and lowlights of your adolescence and young adulthood?

NV: I do fairly normal, boring things to relax—watch movies, ride my bike, play with my cat. Unless you count checking email as a hobby I don't really have any hobbies anymore. The highlight of my adolescence was getting my first piece published in the Press and the highlight of my young adulthood was when I first got a novel published. There have been amazing things since but those stand out. Lowlights are too numerous to catalog.

ST: When’s your next book coming out, and who are your favorite contemporary (or non-contemporary) authors?

NV: I don't know when my next book is coming out but I have finished a new Young Adult novel that I am trying to sell now. As soon as it has a pub date, I will announce it on my website.

ST: Are you going to vote in the midterm elections?

NV: Yes, I even registered in California and everything!