Apart from more dramatic and tragic Pixar films, Luca is a smaller story about friendship and identity. A- 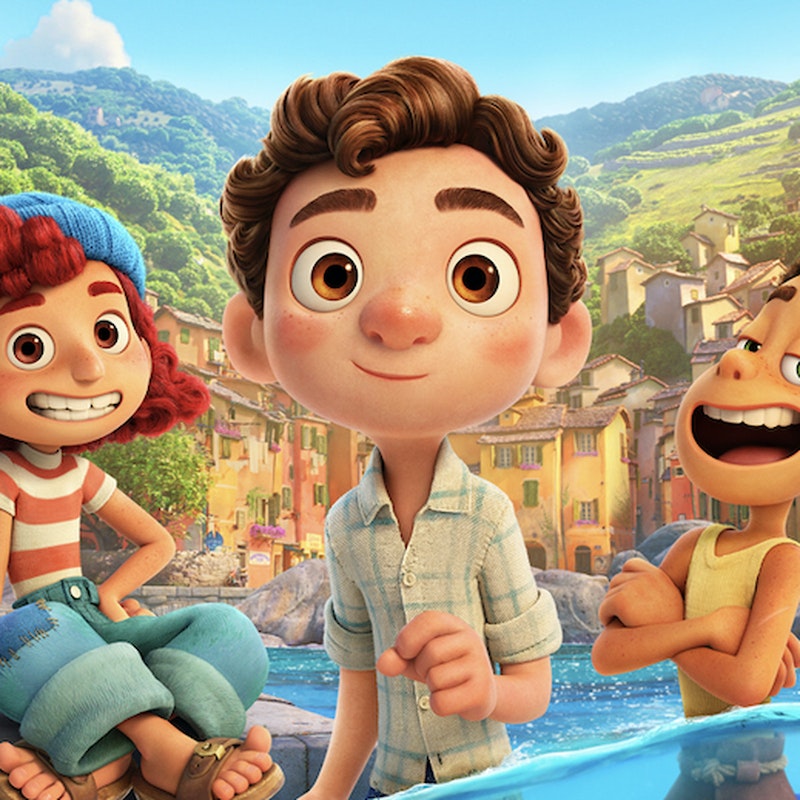 It's been noted that Luca, the latest Pixar release that's now streaming on Disney+, has lower stakes than the typical Pixar fare. No one's life or soul is ever in danger, and the fate of the universe never hangs in the balance. Instead, Luca is a smaller story about friendship and identity, in which the two main characters just happen to secretly be sea creatures.

Luca is set in a small town off the coast of Italy. The main character, Luca (voiced by Jacob Tremblay), is a sea monster who lives in what appears to be the Mediterranean, and eventually discovers that on land, he can assume the form of a human teenaged boy. He meets another sea monster/boy named Alberto (Jack Dylan Grazer), and the two form a friendship, which entails racing, befriending a girl named Giulia, and dreaming of owning a Vespa.

It's a beautiful film, with lots of blue in the color palette, and well-executed character designs. The film also sets clear rules for how the transformation works: the characters are creatures when underwater, human while on land, and revert to creature form in the event that they get wet.

The director is feature first-timer Enrico Casarosa, although he did direct the memorable, Oscar-nominated Pixar short Luna. One screenwriter, Mike Jones, also wrote last year's Oscar-winning Soul, although the other, Jesse Andrews, wrote the awful Me and Earl and the Dying Girl. The voice cast also has Maya Rudolph, Jim Gaffigan, Sacha Baron Cohen and even Sandy Martin providing vocal talents.

Luca shares more than a little with Finding Nemo, since the protagonist is a sea creature whose parents fear what will happen if he goes to the surface, although at least this time there's no there's no fish genocide in the first five minutes. Ever since the first trailer appeared, many have noticed a parallel to Call Me By Your Name. This is a film from an Italian director, set in a coastal Italian town, and featuring the bond between two young men who share a secret. The New York Times noticed too, and gave its Luca review the headline "Calamari by Your Name."

But despite nearly monthly declarations about the latest "first gay Disney character," the friendship in Luca remains platonic. Luca continues a run of strong Pixar releases, following 2020's Onward and Soul. All three are non-sequels—also both true of the best Pixar film of the last decade, Coco—and all went to Disney+ either directly or nearly so (Onward got a pre-pandemic theatrical run in March 2020, but was streaming by the first week of April.) The next Pixar film will likely land in theaters, but the studio’s direct-to-Disney+ era is likely to be remembered fondly.