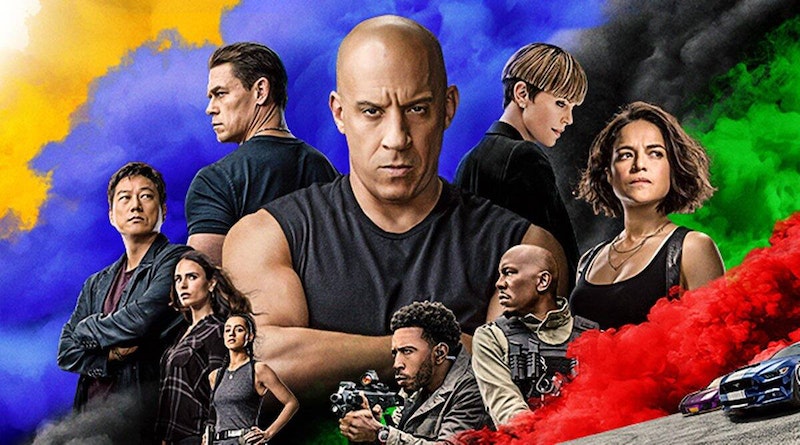 The Fast and Furious franchise marks its 20th anniversary this year, and I've long believed that the secret weapon of those movies has been screenwriter Chris Morgan. At a time when action blockbusters are often credited to four or five different writers, Morgan was the sole writer of seven Fast movies in a row, from 2006's The Fast and the Furious: Tokyo Drift to 2019's Fast & Furious Presents: Hobbs & Shaw.

As the franchise and its trademark action sequences grew more outlandish and expensive, along with its mythology and all-star casts, Morgan, who has rarely done any non-Fast work of note, was one of the only constants. His scripts have been successful at fitting all the craziness together, delivering satisfying payoffs, and giving these chaotic movies structure. No one goes to see a Fast and Furious movie for the writing, but Morgan's work has been a key part of making those movies work.

F9, the latest in the Fast and Furious franchise, finally arrives this week after a pandemic delay of more than a year, and Morgan is not the screenwriter, for the first time since the second movie. And the difference is noticeable: the structure and storytelling is sloppier, to the overall detriment of the film. This is despite the return of Justin Lin, who was in the director's chair for the series' best stretch, which included 2011's great Fast Five.

The new film features plenty of the familiar car chases and action blowouts, and if you've gotten attached to these characters, it's fun to spend some time with them again. But overall, this is a lesser effort from the Fast franchise.

While the Hobbs and Shaw spinoff movie from Dwayne "The Rock" Johnson and Jason Statham came out in the spring of 2019, F9 represents our first visit with the core, Vin Diesel-led cast since The Fate of the Furious four years ago. The new movie begins with a flashback to a teenaged version of Dom (Diesel), depicting the sad death of his father in a stock car race. And while the high-profile off-camera feud between Diesel and Dwayne Johnson means The Rock is no longer part of the main cast, we instead get Diesel squaring off against that other pro wrestling champ-turned-movie star, John Cena, who plays Dom's long-lost brother-turned-villain Jakob.

As usual with the Fast movies, it's two hours and 20 minutes of characters trotting around the world on the way to the next car chase, while the team, as the series goes on, looks less like a drag-racing crew and more like international commandos. And in one delightfully far-fetched sequence, interplanetary ones. Throughout the new film, far more cars are equipped with rockets than is typically the case in movie chase scenes.

Unfortunately, cracks show in the Fast franchise. The action sequences, in some cases, are uncharacteristically sloppy, including the use of hand-held shaky-cam in several of the fight scenes, the sort of thing that the Fast movies mostly avoided up until now. One particular scene, in which Diesel and friends fight a large squadron of bad guys in an underground bunker, is shot especially incoherently, as the film never makes clear the geography of the room and which direction the characters are going.

Another problem? This franchise has too many characters to service, an issue that's not helped by its insistence on repeatedly bringing people back from the dead. This time it's Han (Sung King), bumped off in an exploding car several movies ago, but now back to further bury the idea that there's such a thing as mortality for any fictional character. Jordana Brewster's Mia also returns after several years off-screen. Meanwhile, stars from previous movies like Helen Mirren and Charlize Theron make appearances, with the latter sporting a particularly unfortunate haircut that makes her resemble Dylann Roof.

The sloppiness extends to the plotting level. The villain's overall plan—something involving using electromagnetic weapons to blackmail all world governments—is only explained halfheartedly, although the magnets do lead to some comical moments in chase scenes. And the film also does a poor job clarifying the fate of one particular character.

A 10th Fast and the Furious movie is reportedly in the works, in which Lin will return to direct and, thankfully, Morgan will return to write. That's great news because in addition to the other problems, F9 is notably missing his touch.