The film adaptation of Philip Roth’s Indignation is a rote disappointment. 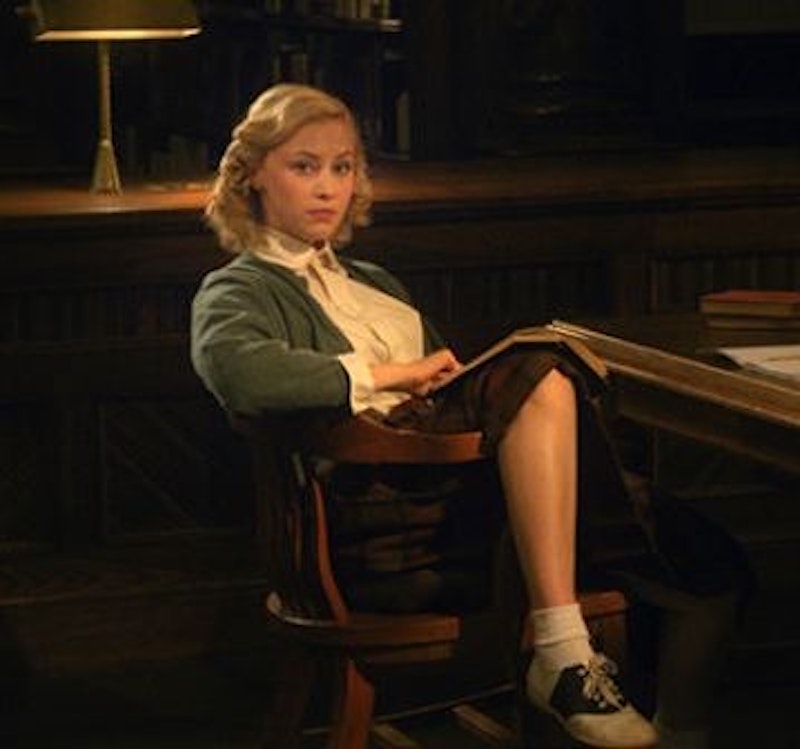 The path from page to frame is fraught with miserable failures, but so many more wither on the vine and disappear from anyone but the crew’s memory two seconds after it’s out of theaters. The New Yorker’s Richard Brody recently said, “If a movie based on a good book is worth watching, it’s worth watching on its own terms. The comparison of the movie to the book is a matter of mere curiosity, except when the movie isn’t much of an experience at all—that’s when the comparison becomes a matter of diagnosis.” That was his segue into a review of Indignation, a new film written and directed by James Schamus based on the novel by Philip Roth. Brody’s diagnosis is dead-on: this is a sterilized piece of nothing, a husk that lacks any of the menace or nuance of the book. Roth writes with a quiet, unyielding anger throughout Indignation, and it’s a remarkably bleak story of small people and minor events leading to a gory, pointless grave. The movie conveys none of that.

The trailer for Schamus’ trailer piqued my interest because I couldn’t make heads nor tails of what this movie was about. There was a vague sense of Olivia as a femme fatale cliché, but it seemed like Marcus could go psycho and pull a John Cusack outside her window. So I bought the book—the font was huge, it was good for a plane. That confusion I had watching the trailer isn’t a knock on the story, it’s surprisingly complex and refreshingly dark. Marcus is as unlucky and as much a victim of his circumstances: diligent in his studies, neurotic and normally hormonal, he’s mutilated in the end because of a series of small, unrelated decisions. This is all spelled out at the beginning of the movie, of course. Schamus leaves none of the ambiguity from Roth’s work, and the movie is impossibly bland. There’s no flair or disdain for convention as with Roth—this is the definition of autopilot, and the rote structuring is the most jarring aspect of the disappointing movie.

In the book, key details are revealed out of sequence: after Marcus and Olivia’s first date in the LaSalle, Marcus agonizes over it “for weeks afterward.” Roth teases the exact events for a dozen pages: “Nor could I believe that what Olivia did she did because she enjoyed it. The thought was too astonishing even for an open-minded, intelligent boy like me. No, what happened could only be a consequence of something being wrong with her, though not necessarily a moral or intellectual failing […] No, what she did would have to have been caused by an abnormality. ‘It’s because her parents are divorced,’ I told myself. There was no other explanation for an enigma so profound […] after lying in my bunk for about a quarter of an hour while Elwyn remained studying at his desk, I bolted upright to announce, 'She blew me.'" Marcus goes off to Korea and suffers “bayonet wounds that had all but severed one leg from his torso and hacked his intestines and genitals to bits.”

Schamus runs through it, much like a trailer company re-editing Suicide Squad, and plays everything straight despite the hazy, unreliable perspective of the novel. The bitter point that this kid actually does end up getting sent to Korea to die is laid out at the beginning, and his death is such a bore compared to the horror that Roth describes. What’s with these trailer companies? They got me to read the book for this one, and I’m glad I did. The movie felt like one long trailer going nowhere.