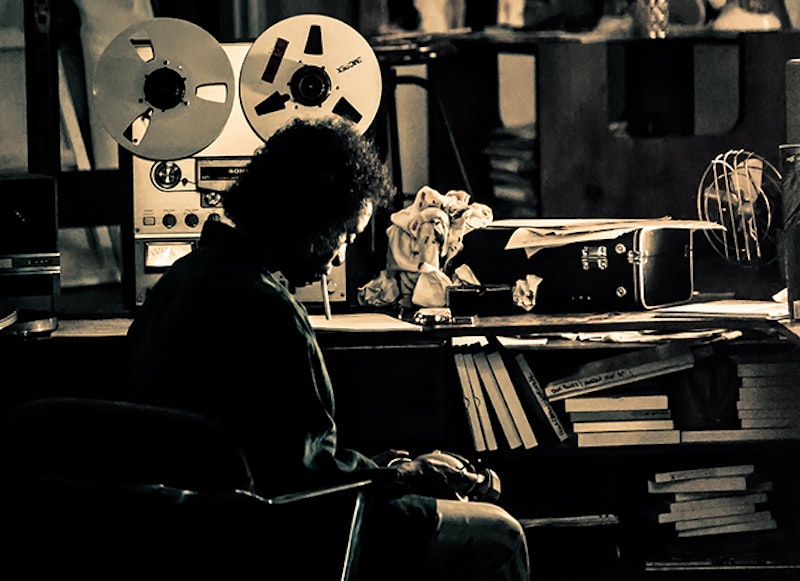 Musician biopics are as reliable as superhero franchises: you’ll get half a dozen every year, and maybe one or two will be worth revisiting, others tolerable, and the rest, stains on legacies, leaving families, fans, and film companies upset because no one was even interested in getting it right. Music isn’t like history—you can’t play fast and loose with the facts of an artist’s life or their work without getting called out in the press and irritating a lot of people.

Elvis & Nixon is a goofy comedy about Elvis Presley’s meeting with President Nixon in December 1970, freely fictionalized and exaggerated, with Elvis sneaking guns into the white house and slapping Nixon on the knuckles. Kevin Spacey does a great Nixon, nailing the mannerisms and even the makeup, but it’s Michael Shannon that eats up the carpet and the drapes: besides looking nothing like him, Shannon doesn’t even attempt to sound like Elvis. He plays the thing like an SNL skit, and because he’s been everywhere this past year, the film is just ridiculous: at the beginning, I couldn’t get into the movie or take it seriously, I’d look at Shannon in a bad Halloween costume and bust out laughing, but by the end, I was endeared and it didn’t matter. Elvis & Nixon is so fluffy and silly, and obviously so wildly historically inaccurate, that it’s hard not to have fun. Elvis and Nixon are so far removed in this culture, they exist only in caricature because they’ve been portrayed and documented and boiled down in so many pieces of media and popular entertainment for nearly half a century.

Miles Davis has been famous since the late-1940s, but Don Cheadle’s Miles Ahead is the first movie about the musician, and he’s been trying to make it for over a decade. Miles Ahead has been Cheadle’s passion project for so long, and he put the time in to make something that’s composed more like a Miles Davis album than a traditional birth to ignominious death biopic. It’s about 25 percent of the wild impressionism of Todd Haynes’ Bob Dylan movie I’m Not There, a hallucinatory whirl through Dylan’s many masks and moods. Instead of casting eight different actors to play Davis, Cheadle embodies the “social music” trumpeter and sticks to two parallel storylines: an overeager journalist played by Ewan McGregor tagging along with Davis during his cocaine-addled “retirement” in the late-70s, and hazy flashbacks to Davis’ tumultuous marriage to Frances Taylor. The movie has been criticized for representing so little of Davis’ music in lieu of a semi-fictionalized story based on his Howard Hughes period. So what? Unlike the recent tepid Hank Williams biopic I Saw the Light, Cheadle’s movie captures the spirit and the essence of the artist without worrying about hitting milestone A or milestone B. Cheadle’s performance is incredible, the polar opposite of Michael Shannon having a lark in an Elvis outfit. Even though both movies are playful in their own way, Miles Ahead has the weight of being the first major film about the artist, while the subjects of Elvis & Nixon have been portrayed hundreds of times before.