I Love Tom Hanks and He Got Robbed

He deserved at least one Academy nod this year. 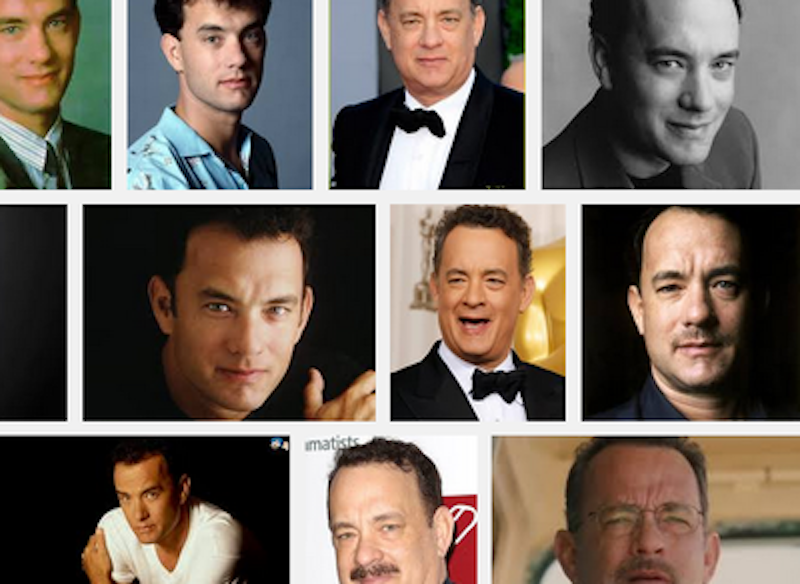 Like most girls from the 80s, I fell in love with Tom Hanks during the vastly underappreciated and well-written show Bosom Buddies.  Have loved him in every film he’s ever appeared in, including the two for which he’s won Best Actor Oscars: Forrest Gump and Philadelphia. In fact, it’s hard to believe that in the 71 films in which he’s appeared, he’s only won those two Academy Awards.

The last time he was even nominated for an Academy Award was in 2001 for Cast Away (Russell Crowe won for Gladiator), though Hanks did win the Golden Globe for his performance as the shipwrecked, Wilson-clutching FedEx guy.

In 2013, Hanks appeared in two amazing films and neither of his performances earned him an Academy Award nod. In fact, he also appeared in a third film, Cloud Atlas, which I haven’t seen yet but Slate thinks is his biggest snub of the year.

The two Hanks movies I did see, Captain Phillips and Saving Mr. Banks, were each films for which he easily could’ve received nods. Each of those movies got very different levels of recognition. Captain Phillips received six Academy Award nominations, including for Best Film, and the film’s pirate bad guy Barkhad Abdi for Best Supporting Actor. How does Hollywood nominate the film Captain Phillips without nominating the guy who played Captain Phillips?

Saving Mr. Banks was a near shutout, receiving only an Academy Award nomination for Best Original Score. Now, I’m sure many critics of Banks would argue it’s for good reason. But I absolutely loved this film. I will admit to a total Mary Poppins bias—I grew up loving it as a favorite childhood movie (it was released in 1964, five years before I was born, but my mom said when we got our first VCR in the late 70s it was one of the first tapes purchased) and I had the matching doll, umbrella and all. So the story of its creator and how she was wooed by Walt Disney over more than two decades fascinated me. Yes, I know it was a film made by Disney so of course it portrayed its founder in the best light and that there were many more facets to author Pamela Travers, but it’s a film, not a documentary, so that didn’t bother me, and I’m just as surprised that Emma Thompson didn’t get nominated for a great performance. You don’t have to be a woman who grew up with an alcoholic dad to appreciate the depth of her portrayal, but my personal perspective meant my kids kept asking why I was crying during the film. I thought Hanks was brilliant as Disney.

Hanks has been perfect in pretty much every role he’s played—often he’s just the “everyman,” and maybe this is why his roles are ignored by Oscar. As much as I loved American Hustle, I don’t think Christian Bale (who is nominated for Best Actor) did a better job than Hanks did in either Phillips or Banks. The Academy needs to quit snubbing one of America’s best actors.